Whoopi Goldberg criticized Donald Trump on "The View" Monday for using his Twitter feed to slam protesters instead of praising Jesus on Easter.

"The new guy has had a very interesting Easter," Goldberg said in the Hot Topics segment (above). "He started the holiday with some tweets reminding people he won the election."

Goldberg's panel of comrades rushed to defend her stance, saying the POTUS should refrain from his usual rants on Christians' holiest day of the year. 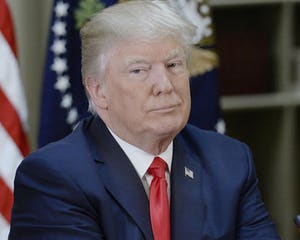 "He ran on this faith-based campaign and Easter Sunday — Resurrection Sunday — is the most holy religious day of the Christian faith," co-host Sunny Hostin said. "And the fact that rather than tweeting about new beginnings and hopefulness and the risen Lord, he's tweeting about taxes and protests and North Korea."

"I wonder what the Evangelicals that supported him — 80% — and I wonder about the Catholics — I think it was 60% of white Catholics that voted for him — how they felt about that, 'cause I felt it so disrespectful," Hostin said. 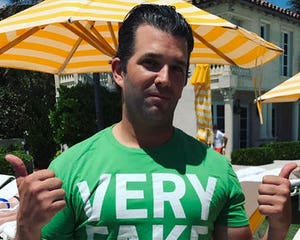 Panelist Sara Haines added, “I was just surprised he was tweeting. Even Jesus rested on the seventh day.”

To be fair, Trump's first tweet was actually, "Happy Easter to everyone!"

But the sentiment got lost among his subsequent posts, which included the following:

I did what was an almost an impossible thing to do for a Republican-easily won the Electoral College! Now Tax Returns are brought up again?

Someone should look into who paid for the small organized rallies yesterday. The election is over!

Our military is building and is rapidly becoming stronger than ever before. Frankly, we have no choice!