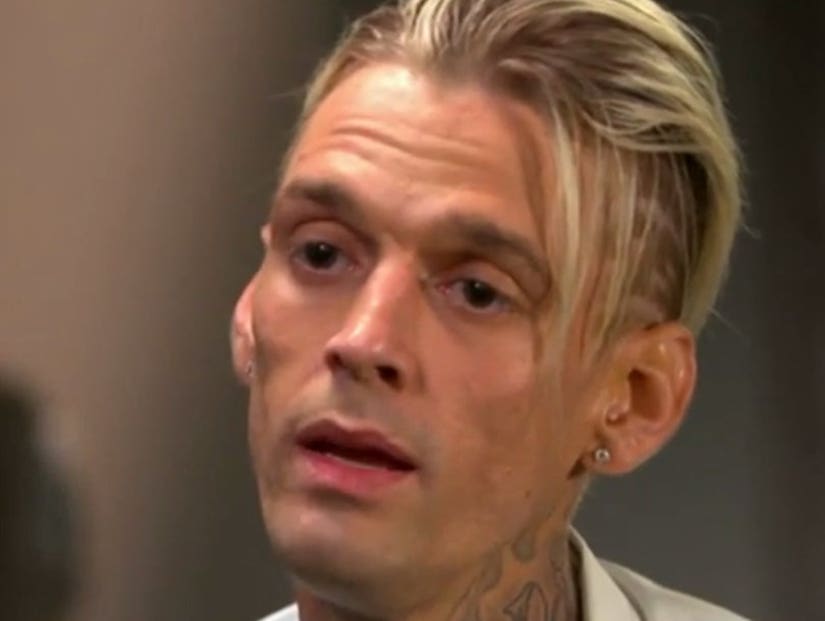 From meth allegations to his irreparable relationship with his brother Nick, Aaron Carter is running his mouth on everything.

The singer just spilled on all the drama going on in his life in a new interview with ET, stemming from his arrest over the weekend for DUI refusal, possession of marijuana less than one ounce, and possession of drug-related objects.

While he used the interview to dispute some speculation about his arrest, he also unloaded on his brother and critics of his appearance. 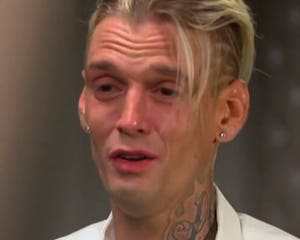 Keep reading for the 5 wildest tidbits from the interview so far:

No, He's Not on Meth

"How would you feel every two seconds, seeing a tweet, 'You have AIDS. Go die. Oh, look at this meth head. Oh, meth kills. Crack kills,'" he said. "It's body shaming and it's the toughest thing to deal with."

"I am not a meth head," he continued, "I have never touched it in my life.

As for a message to fans, he added this through tears: "I… I'm sorry. I am sorry for the way that I look."

To counteract his frail appearance, Carter admitted to using Voluma, JUVEDERM and Restalyne treatments to "fill my face."

"It's just how I'm built. This is how I look," he added. "If you look at my grandpa Carter, if you look at Douglas Spalding, my grandpa, he was a track runner."

He also showed off his eight-pack.

There's Bad Blood Between Him and Nick

After Nick Carter offered support to his brother on Twitter, Aaron called him out for doing it in a public forum and not in a private manner.

"Nick made no efforts to call me, and he knows how to reach me," Aaron told ET. "I don't need Nick's help. I don't need that. I don't need help. What I need is for people to understand that I'm human and I make mistakes just like every other human in this world."

Nick Tried to Stage an Intervention

Aaron's girlfriend Madison also joined for part of the interview, where she said both Nick and Angel Carter have been pushing for Aaron to get help.

"They think that he's rotting and that he needs an intervention and he needs help and he's gonna die soon and all these horrible things that are not true," Madison said. "They [don't] care to call or even check into see how he's doing."

"They could call and say, 'Hey, we're worried about you. We love you. Can we see each other? Do you want to go grab lunch?' Simple things," she added.

Aaron Has Lingering Trauma from 9/11

Carter said his arrest stemmed from the "very cheap car" he purchased to drive from gig to gig on the East Coast. He added that didn't want to throw money away on rental cars and avoids flying after being traumatized by the events of 9/11.

“I opened for Michael Jackson Sept. 9 and 10 in 2001. We all left the morning of Sept. 11 and watched the Trade Centers get hit across the Hudson River, and I saw it with my own eyes and I saw people jumping out of the buildings and burned,” Carter said.

He added that the car's alignment was off, causing the erratic driving that led to his arrest.