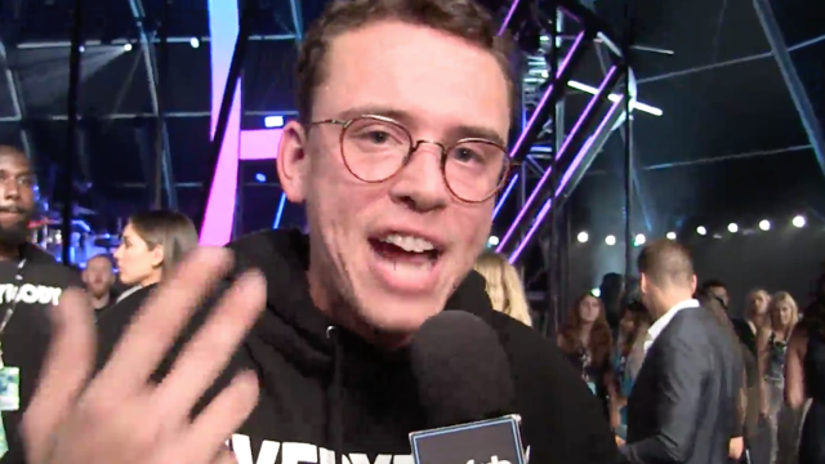 Before Logic brought the VMA audience to tears Sunday night, the rapper told TooFab on the red carpet why he made the main character in his '1-800' music video a gay, African-American teenager.

Although the song, featuring Alessia Cara and VMA Best New Artist winner Khalid, is about suicide (the title is the National Suicide Hotline number), the rapper decided to follow his gut with a different creative vision for the music video.

"I think when I created this song it was everybody and when I made the video I had to ask myself, 'Who are some of the people who struggle the most?' I think black people in America, young people in America and gay people in Americam so I said, 'Let's make it about a strong, young, black high school student who's going through hell and screw what everyone else thinks,'" Logic told TooFab. 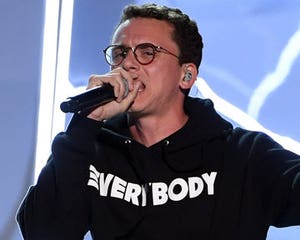 Logic Brings Everyone to Tears with Powerful VMAs Performance and Speech

The emotional music video follows the gay, black teen (Coy Stewart) on an emotional journey when his family, friends and peers discover he's homosexual and dating a white male (Nolan Gould). His boyfriend's father catches the couple in bed and he's bullied in the locker room while dealing with suicidal thoughts that arise after questioning his worth in society.

"I'm not here to get my agenda over. I'm literally fighting for the equality of every man, woman and child regardless of race, religion, color, creed and sexual orientation and here to spread a message of peace, love and positivity," Logic said. "If you don't agree with it or you don't like it, that's fine, but you don't have to bash those people. It's the same reason why they feel like taking their lives. Just respect them and let them live their lives."

"You might not agree with someone's way of life or their religion or their this or that or whatever the case may be, but we don't have to kill each other over it," the rapper continued. "If you're right than be right. There's no need to hurt others." 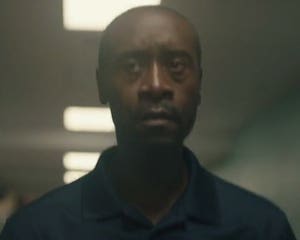 TooFab exclusively spoke to Gould and Stewart the day the music video dropped, and they were both felt the message was particularly timely due to the current political climate in America.

"With everything happening under the Trump administration, the LGBT community needs to see this video, learn about the hotline and know that there are people that care about them. They need to know they are loved and even though this a trying time, things are going to get better and we here for them," Gould told TooFab after confessing he actually missed his gym session with his trainer because he couldn't stop watching the video.

Stewart, on the other hand, didn't have much time to prepare, but said he couldn't imagine what it would be like to live every day feeling like the world doesn't accept you. 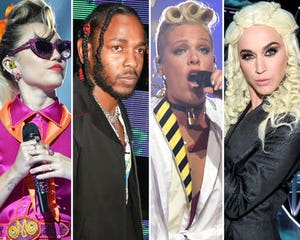 "I couldn't imagine myself having the courage to carry that so I commend every single person who will carry that proudly because it is what you should do, but because of the world we live in, it's not as easy as it sounds," he said. "So that's something I was struggling with because it was pretty easy for me to take on the emotional scenes and the suicide scenes because I understood, once I put myself in that mind state, how scary it can be to be alive in this world when you have so many people in this world who condemning you for just being who you are. That's something that I learned that you can't really understand until you put yourself in that position." 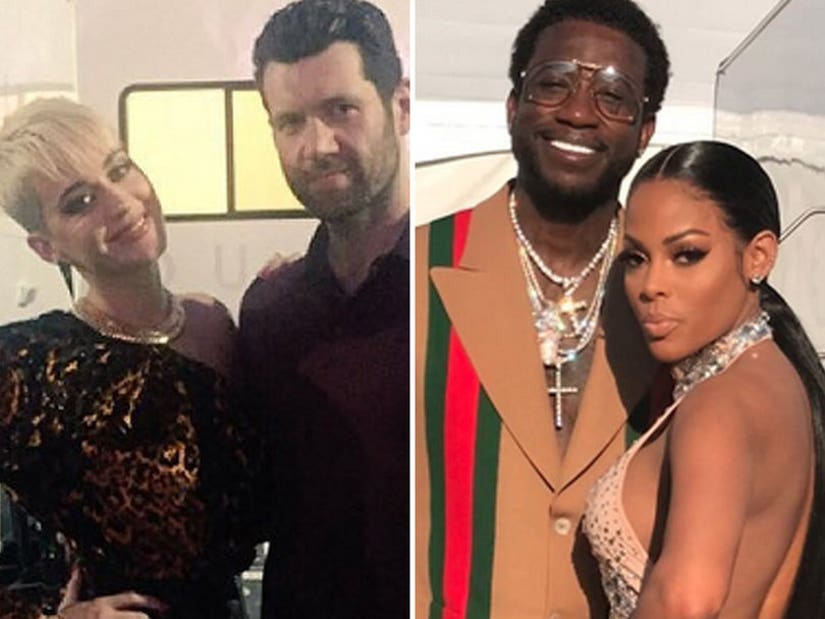