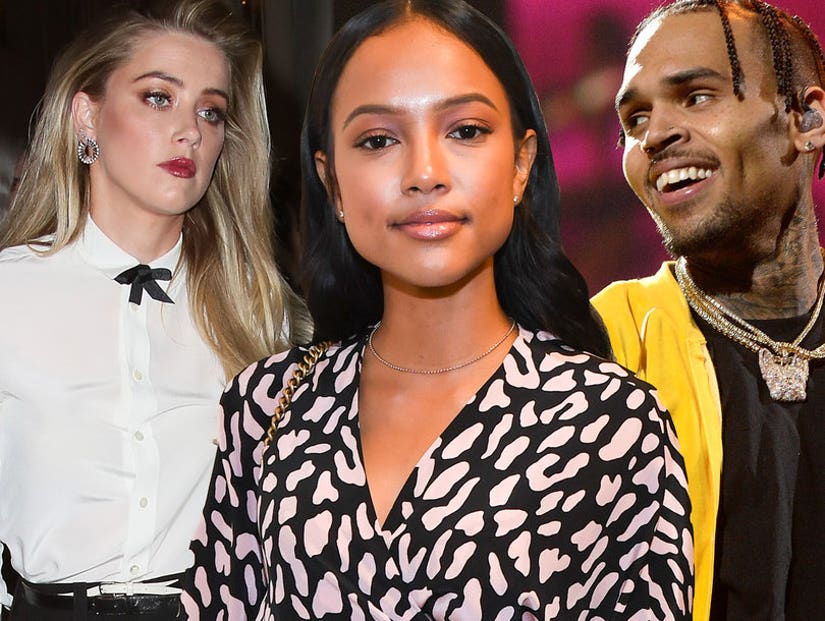 Karrueche Tran addressed all facets of her love life (or lack thereof) in a new interview with the "Allegedly with Theo Von and Matthew Cole Weiss" podcast.

While the actress first gained publicity thanks to her relationship with Chris Brown -- something she fully copped to during the interview -- she parlayed that media attention into a successful acting career, now appearing on TNT's hilarious "Claws."

"The publicity just came from who I was dating, that just automatically naturally happened," she said. "And then, for me, there came a point where I was like, what's the next step. I can't promote fitness tea for the rest of my life. I need longevity, I need some substance. I did a small acting role and I liked it, and I wanted to work hard at it."

The two had a nasty split, with Tran getting a 5-year restraining order against Brown after he allegedly threatened her with violence when they broke up. She also testified that he was abusive while they were together. 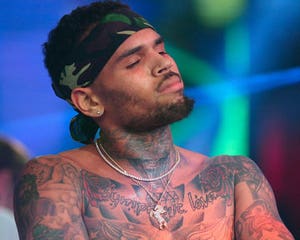 When asked about what she saw in Brown while they were together, she joked, "I was f-cking so drunk."

"I see the good in people and I believe in forgiveness," she continued. "I mean it all wasn't bad, I will say that. Although it ended sour or people have their judgment, it wasn't all bad and we did have our good times and our good moments but [it] just didn't work out."

She also said she currently has zero communication with Brown and wouldn't reach out if she heard he was struggling. "I pray for him if anything," she said," "Reaching out is probably too much. Just say a prayer."

Tran later addressed rumors she was hooking up with Quavo, but shot them down.

"No, we're cool friends, we hung out, but it was nothing serious," she said. "For some reason, everybody's so obsessed, the frickin' media is obsessed with anytime I'm next to a guy, so it's been several dudes that they've — if I'm seen or [there's] a rumor, it's like 'Oh my god she's dating this guy' or whatever. Stay out of my vagina! Nobody's down there, okay?"

The actress was also asked if she'd even take a dip in the lady pond. "I kind of dated a woman-ish, but there's just something about a man that's just masculine and just there's things that women don't have that men do," she said. "And so I don't know, I mean never say never."

​When asked which actress she'd want to date, she suggested Amber Heard​. Why? "She's hot." Can't argue with that! 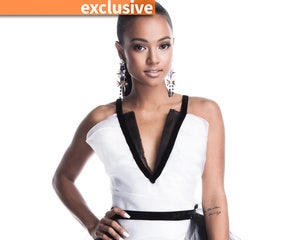 Karrueche Tran Sounds Off on Her Haters, Reveals Surprising Bond with Denise Richards