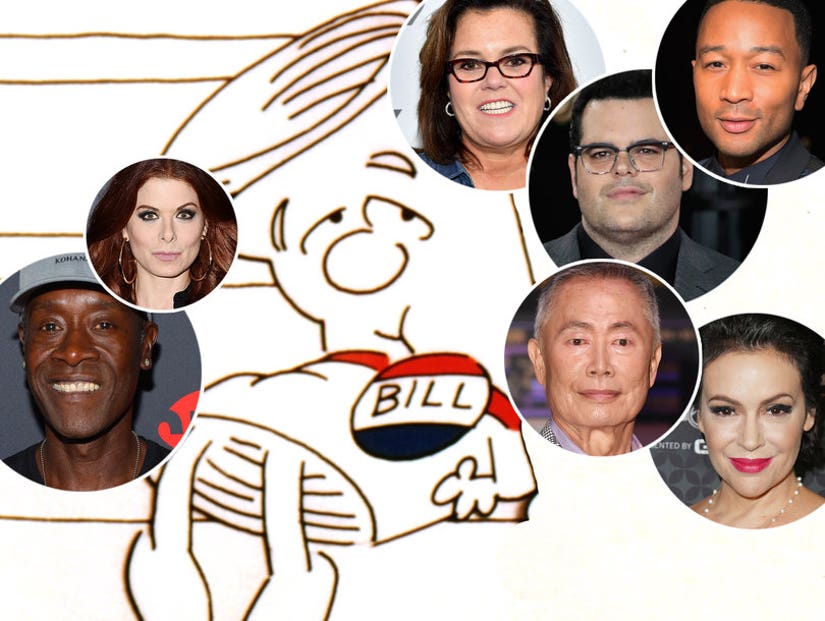 There has been a lot of criticism from Hollywood during the GOP tax bill's journey through Congress, and now that it's passed, many of those voices are reaching a crescendo of rage and frustration.

The largest and most sweeping tax reform in generations is being applauded on Capitol Hill as it awaits Donald Trump's signature to become law. The story is very different in Los Angeles, though, as politicized celebrities take to their social media platforms to decry the bill and denounce its writers and, as they see it, chief beneficiaries. 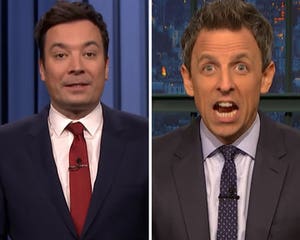 Some went with jokes, like Bill Maher, who tweeted, "Finally, someone had the courage to stand up for America's forgotten corporations," while others took a more reasoned approach. Alyssa Milano urged her followers to "channel your rage by donating to the opponents of every swing district Republican who voted for [the tax bill]." She even offered up a handy link to help them do just that.

Still others kept it even simpler with an image and a short caption. Josh Gad, who clearly had the most fun, captioned the image he chose, "Live picture of Paul Ryan and Mitch McConnell right now." You have to see it be believe it, and you can below. 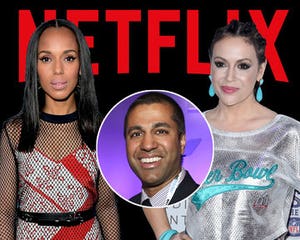 Following are some of the most passionate and entertaining tweets about the tax bill:

Well, they did it. Finally, someone had the courage to stand up for America's forgotten corporations. Jk - Fuck you, assholes, hope you choke on it.

The #GOPTaxScam is on its way to Trump's desk to be signed into law.

Let that sink in for a minute. Then channel your rage by donating to the opponents of every swing district Republican who voted for it here https://t.co/mUj7Aj2L3m

Did anyone really think that they were going to rewrite tax law and it wouldn't benefit Donald Trump's real estate empire? He told us in the debates he knew everything about taxes and loopholes and how to take advantage of it. https://t.co/W6UgcjyOAQ

Leaving 9 million children uninsured as you traipse to the WH to kiss each other's asses for ramming through a “tax bill” redistribution of wealth fr the poor & middle classes to your very rich donors & selves before retreating to your homes on holiday - this has a name: evil.

All freelancers are getting screwed with this tax bill because we rely on itemizing our deductions. Only option now is for every single one of these people to incorporate. Maybe that's fine...? I don't know. https://t.co/xXb3hg8r2s

I want to caption this but it makes my stomach hurt too much ... pic.twitter.com/01Ic6e4WXg

The saddest thing about this tax fraud is all the programs that help kids and poor people and education and health and everything important they will now cut to make this fiasco work.

Pissed about this tax bullshit? The biggest difference you can make is with a donation to the fund that will help sweep House Republicans out of office and wipe that smile off Paul Ryan's face: https://t.co/9sWEKVRcFz

This is about you making your boss Sheldon happy. This bill is a con https://t.co/nrj5djBgfp

hey @SenatorCollins @JeffFlake @SenBobCorker - this is 4 u and all who voted yes to this criminal tax scam #DECENCY #PAYOFFS #LIARS
🇺🇸🇺🇸🇺🇸 pic.twitter.com/Dgv0bfVIGy

The Senate is going to pass the tax bill tonight, right before electing by acclamation Senator Palpatine as Supreme Chancellor of the Republic.

Some of the Republicans in the US Senate just voted to submit their 2018 exit papers to the American people. Who would do that?

I forgive @Rosie she didn't realize she was supposed to funnel her $$$ through @NRA to Congress like Russians do. https://t.co/bfp2ChcDh7