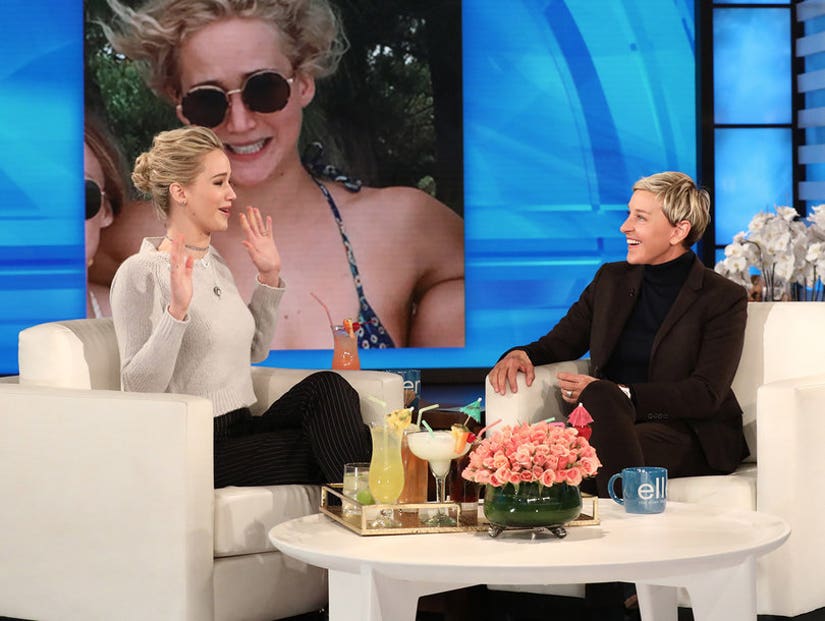 Jennifer Lawrence and her drunk alter-ego, Gail, stopped by "The Ellen DeGeneres Show" Friday to get a head start on their vacation.

The "Red Sparrow" star previously revealed to both Stephen Colbert and Andy Cohen that she turns into another person when she drinks. But the actress assures us it's not all the time -- mostly when she's drinking rum on vacation. 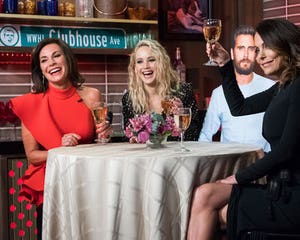 Out comes an assortment of tropical drinks for the actress to sip on. "I can't keep doing this! I can't, I really cant -- I'll take this one," Lawrence said, choosing the rum punch. "They're all fake, right?" she asked while taking a sip. "Nope, that's real."

Although the Oscar winner admitted that drinking heavily is "the only way to make it through" press tours, she said she only gets really crazy while on vacation. So Ellen did us all the favor of digging up one of Gail's best photos.

Rocking a bikini, a crooked smile and a "presidential" hairdo, Gail was introduced to the world.

"I was trying to look cute!" Lawrence admitted before going into the backstory of the photo.

"From there, we went conch diving," she explained. "We pull up the conch, and the guy driving our boat goes, 'Look, they all have little worms!' I took it out of his hand and swallowed it, and then pulled the worms out of all of the conchs and swallowed all the worms." 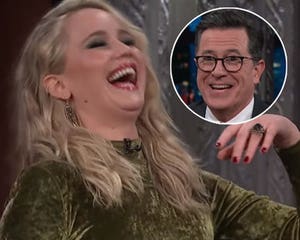 Shortly after indulging on the slimy snack, Lawrence said Gail decided to dive into shark-infested waters.

"I'm normally pretty cautious," she said. "And then you get rum in me and I'm just like, 'Let's arm wrestle!'"

Watch Lawrence try to explain Gail and relive her favorite drunk moment of Ellen's 60th birthday in the clip above. 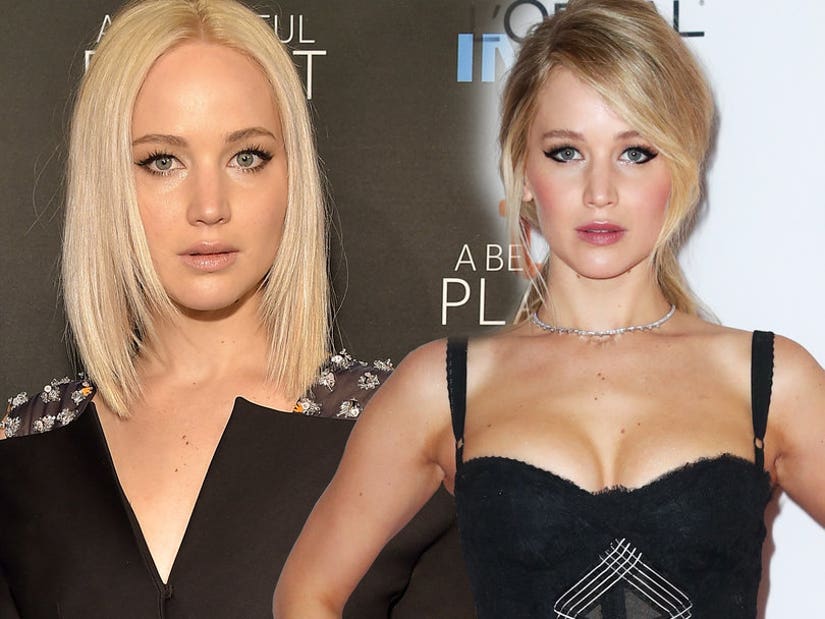