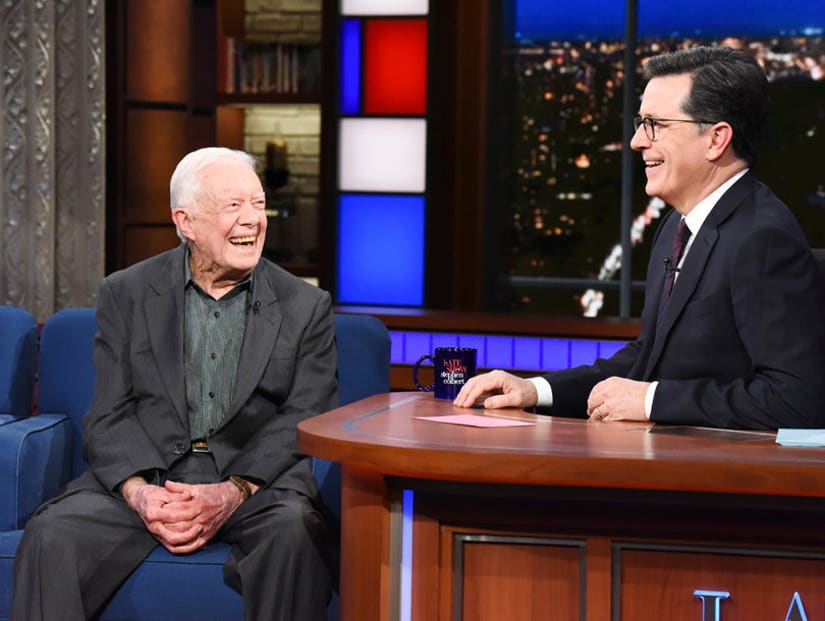 Former President Jimmy Carter stopped by "The Late Show with Stephen Colbert" Friday night, where the conversation quickly turned to the current POTUS.

Carter's making the rounds for his new book "Faith: A Journey for All." During his stop at "The Late Show," he admitted to praying for Trump. "I pray that he'll be a good president and that he'll keep our country at peace," Carter said. "[I pray that] he'll refrain from using nuclear weapons and that he will promote human rights." 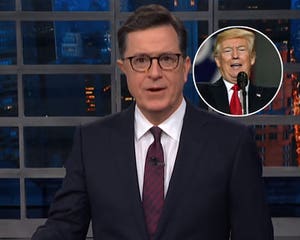 "What do you think it takes to be president? What's the one quality that it requires?" Colbert asked the 93-year-old. Carter responded, "I used to think it was to tell the truth. But I've changed my mind recently."

"You are known to be a nice guy ... You were the president after Nixon and Ford, and America felt like they wanted a nice guy," Colbert began. "Does America want sort of a jerk as president?" he asked. "Apparently, from this recent election. I never knew it before," said Carter.

Carter went on to shut down any thought that he might run again in 2020. "Is there any chance you'll run in 2020? Because we could use a nice guy in the Oval Office" Colbert asked. Carter quickly responded, "I think there's an age limit…I think 93 is the age limit." 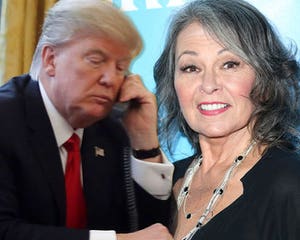