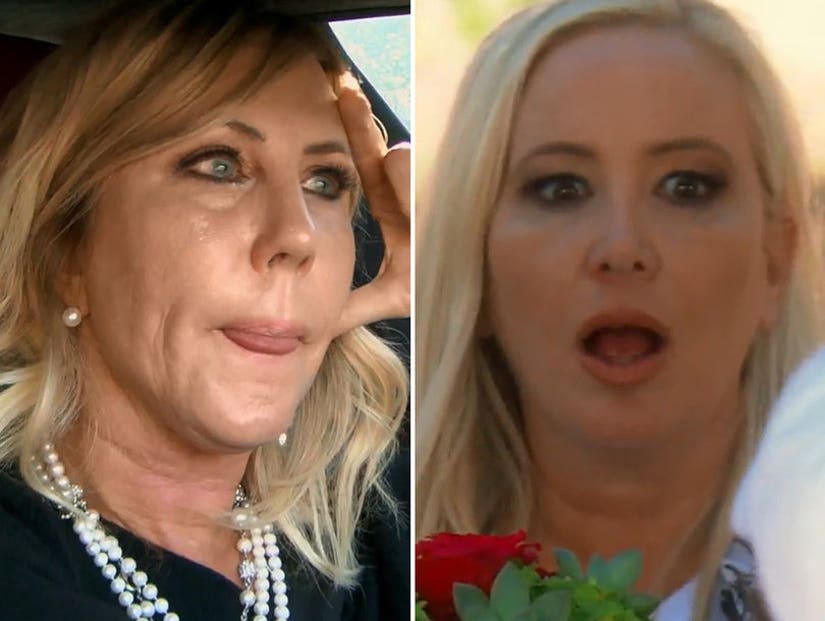 Vicki Gunvalson, Tamra Judge, Shannon Beador and Kelly Dodd will be back and more dramatic than ever on the Season 13 premiere of "The Real Housewives of Orange County."

"In the OC, the line between love and hate, between loyalty and betrayal completely disappears," the intense trailer teases. 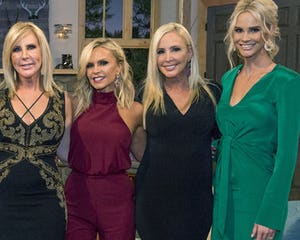 For two seasons Vicki and Kelly have been BFFs, but their friendship is tested when Vicki goes on a double date that proves to be quite complicated.

Vicki and her boyfriend, Steve Lodge, go out with Kelly's ex-husband, Michael, and his new girlfriend, which doesn't sit well with her pal, Kelly.

"Obviously, you're not my friend," Kelly tells Vicki. "You don't know how to be a good friend."

"I didn't betray you!" Vicki fires back.

Elsewhere, Shannon and Tamra go at it after the former yells, "So you're going to do a goddamn f--king straitjacket intervention right now!?"

"Stop screaming for one f--king time in your life and listen!" Tamra shouts back.

But the high tensions make sense given the serious personal struggles the ladies are each facing. Vicki wants more commitment from Steve, who ends up storming off in anger when Tamra tells him he should put a ring on his longtime girlfriend. And Tamra is dealing with husband Eddie's ongoing health issues. "I just keep thinking about the mortality rate," Tamra says tearfully. "I'm scared for my husband." And her fear is merited considering he's already undergone four surgeries. 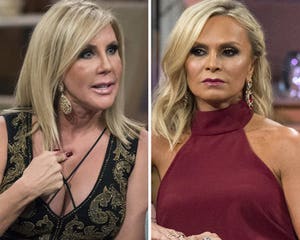 Shannon also finds herself feuding with Kelly, even though the two arguably have the most in common. Both newly single and figuring out how to navigate the dating world while raising children and moving into new homes, the women seem to be handling post-divorce life quite differently.

"This is just been who I am," Shannon says as she struggles to part ways with her wedding ring.

"You know why divorce is expensive? Because it's worth it," Kelly's seen telling a friend in a later scene. 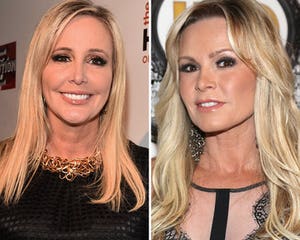 Season 13 of the Bravo franchise will also welcome two new Housewives, both introduced to the group through Tamra: Emily Simpson and Gina Kirschenheiter.

Emily is a 42-year-old Ohio native who works as an attorney and part-time party planner. She's also a wife and a mother of five.

"A lot of women don't have to work, but when I throw the attorney thing in there, I'm like, 'No, girl. I'm not your typical Housewife,'" says Emily, who had a falling out with Tamra after planning a baby shower for her granddaughter, Ava, a few years back. 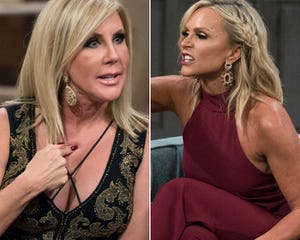 'I'm Off This Show!' Vicki Gunvalson Storms Out of 'RHOC' Reunion In Sneak Peek

Gina is 34 and has three kids under the age of 5. She's also new to Orange County, having only moved there from Long Island 3 years prior.

"I am Orange County until I open my mouth and it's like, 'Here I am, world!'" says Gina, who is re-evaluating the needs of her marriage given that her husband works and lives in Los Angeles during the week. 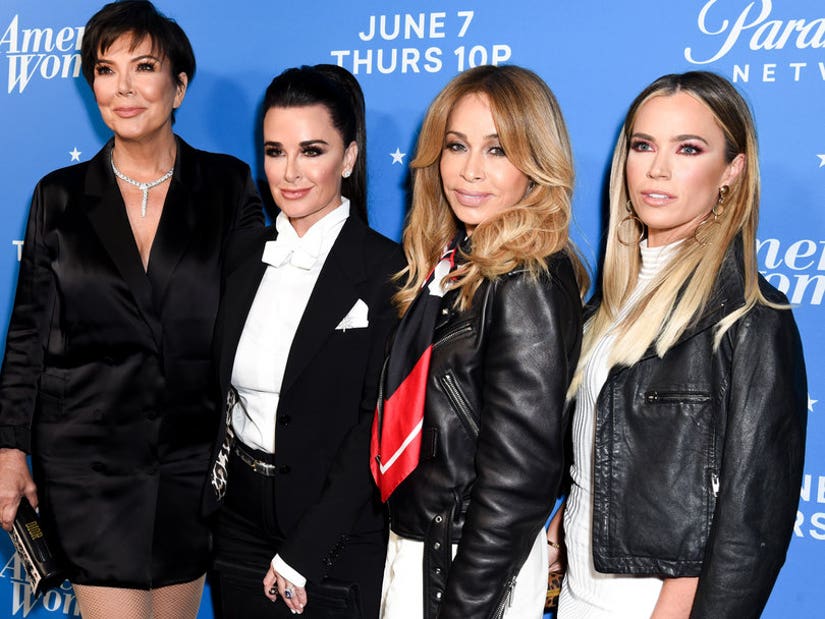