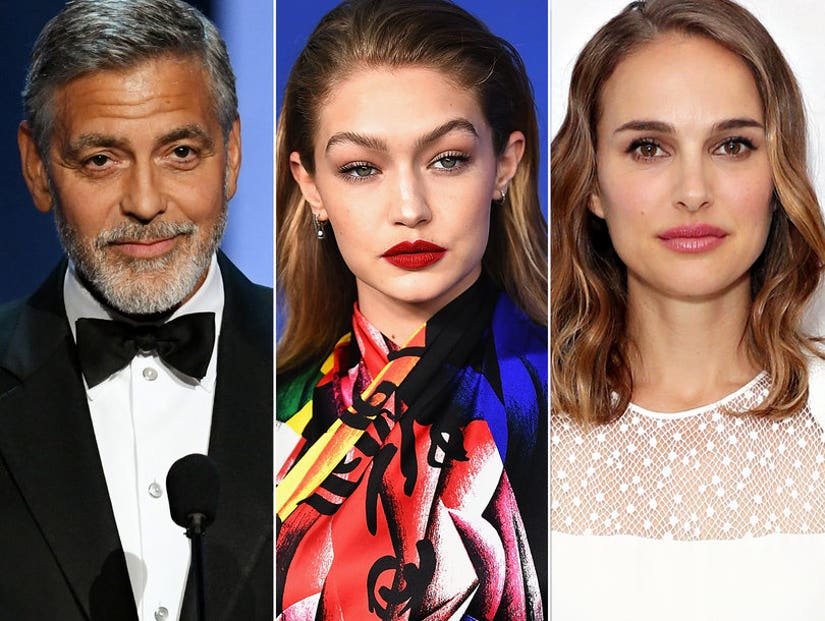 Hollywood stars are stepping up to help migrant children, using both their voice and wallets.

George Clooney, Natalie Portman and Gigi Hadid are among those taking action and encouraging others to do the same in wake of disturbing stories coming from the U.S.-Mexico border, Donald Trump's "zero-tolerance" immigration policy has resulted in agents separating children (even babies) from parents when sending those attempting to cross the border to detainment centers. 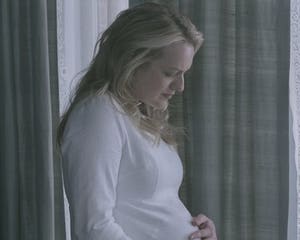 There was no shortage of outrage flowing from Hollywood and beyond on Twitter this week as media scrutiny of the internment camps intensified, and on Wednesday, those raging against the Trump administration saw some improvement. The president signed an executive order to end family separation -- but said the "zero-tolerance" prosecution policy will continue, so we imagine this issue is far from over.

The actress collaborated with the alliance to launch a MoveOn petition which is being heavily circulated on social media. So far, over 394,000 people have signed off on Portman's simple message to Secretary of Homeland Security Kirstjen Nielsen.

"Stop tearing children away from their parents," the petition reads. "Hundreds of other families have been torn apart since the Trump administration enacted this brutal new policy. This shockingly cruel, traumatic, and inhumane practice has no place in our country. It must be stopped immediately, and without holding these children hostage to pass other anti-immigrant policies."

Gina Rodriguez and Kumail Nanjiani are among the petition's supporters.

I just joined Natalie Portman and you can too. Add your name to stop family separation! https://t.co/qXOymBu578 @moveon

MoveOn is also hosting Families Below Together protests all across the United States to rally against Trump's policy on June 30. You can sign up for an event near you here. We expect a big celebrity turn out in Los Angeles and New York. 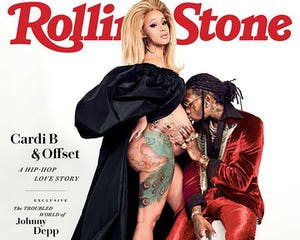 Power couple George and Amal Clooney are using their success to help the migrant children. According to The Hollywood Reporter, the Clooneys donated $100,000 to the Young Center for Immigrant Children's Rights.

"At some point in the future our children will ask us: 'Is it true, did our country really take babies from their parents and put them in detention centers?' And when we answer yes, they'll ask us what we did about it. What we said. Where we stood," the Clooneys said in a statement. "We can't change this administration's policy but we can help defend the victims of it." 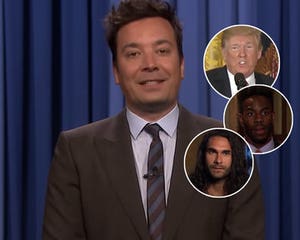 Supermodel Gigi Hadid, actress Priyanka Chopra and Alyssa Milano are among those in Hollywood teaming up with UNICEF to spread word about its emergency relief program that not only benefits children at the U.S. border, but all around the world.

The scale of the child refugee crisis is staggering. This #WorldRefugeeDay, children forced from their homes need our help now more than ever: https://t.co/PHn721aqwC #AChildIsAChild @UNICEFUSA pic.twitter.com/J5crDVrotJ

No matter where they come from #AChildIsAChild and they deserve the right to a childhood. pic.twitter.com/dQZj5mpIWA

The scale of the child refugee crisis is staggering. This #WorldRefugeeDay, children need our help now more than ever: https://t.co/xz0AKUNwiz #AChildIsAChild @UNICEFUSA pic.twitter.com/Rn4XwhVwQt

Gigi even took the time to educate a follower about the benefits of compassion.

Thank you for a very informative meeting @CarylStern @UNICEFUSA Thank you for the work you do and the stories you share and help change.#KeepFamilesTogether #ForEveryChild pic.twitter.com/i6ajoTldzT 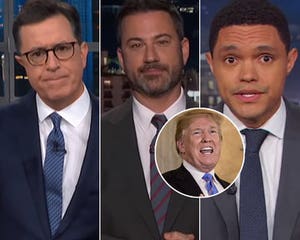 "13 Reasons Why" star Dylan Minnette, Mindy Kaling, Chrissy Teigen and John Legend chose to support the American Civil Liberties Union's efforts to stop the separation of children and families at the U.S.-Mexico border.

please please take 10 seconds and go sign this @ACLU petition to stop the inhumane separation of children from their parents in immigration detention. https://t.co/TEkhPyoG2b also, you can donate if you can. anything can help.

As a mother and a daughter of immigrants, I am heartbroken about children being separated from their families at America's borders. Donate to @ACLU here: https://t.co/W51VEOcdoj And find out how you can help here: https://t.co/ppvcbCkk9x pic.twitter.com/AkQQmgYkw4

Teigen and Legend revealed they donated nearly $300,000 to the ACLU last week in honor of Trump's 72nd birthday.

She updated her followers a few days later to share more good news about their little fundraiser. 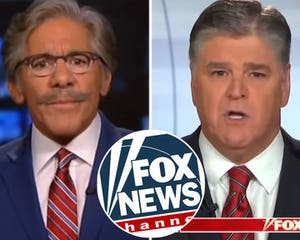 The writers' rooms of shows such as "Jane the Virgin," "One Day at a Time," and "Crazy Ex-Girlfriend" are among a large group of television writing teams that have teamed up to end family separation at the border by donating to RAICES. Refugee And Immigrant Center For Education and Legal Services is a "nonprofit that promotes justice by providing free and low-cost legal services to underserved immigrant children, families and refugees in Central and South Texas." 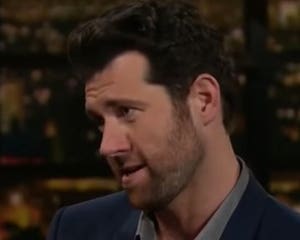 Then there were the dozens of stars using their social media platform to urge Americans to tell lawmakers they oppose Trump's "zero-tolerance" immigration policy.

THIS. THIS. THIS. PLEASE CALL YOUR GOVERNOR AND DEMAND THEY CREATE A PROTOCOL FOR THESE CHILDREN ENTERING THEIR STATE. https://t.co/cTXPUFXsR5

MUST WATCH IF YOU HAVEN'T. https://t.co/QzvmDkvLCH

Text RESIST to 50409 to generate a letter to your representatives within minutes. The separating of families at the border is reaching new horrifying levels with each news report. #endfamilyseparation
Thanks to @caissielevy for the inspiration ❤️ https://t.co/EoMTQjmYwV pic.twitter.com/ICEYgVexbi

1) Call your reps at (202) 224-3121- tell them to END the separation of families at the border (ask your Senators to pass the Keep Families Together Act and your House Rep to pass the HELP Separated Children Act). 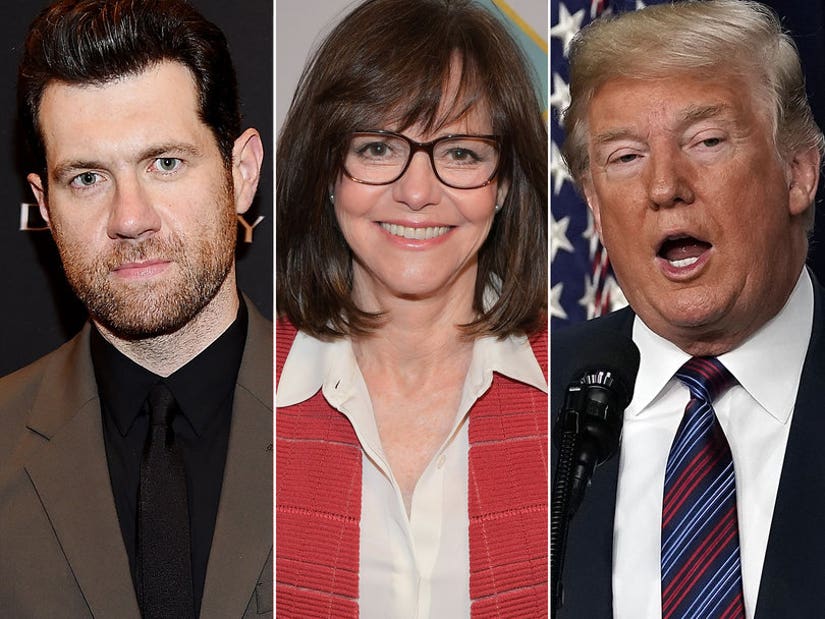