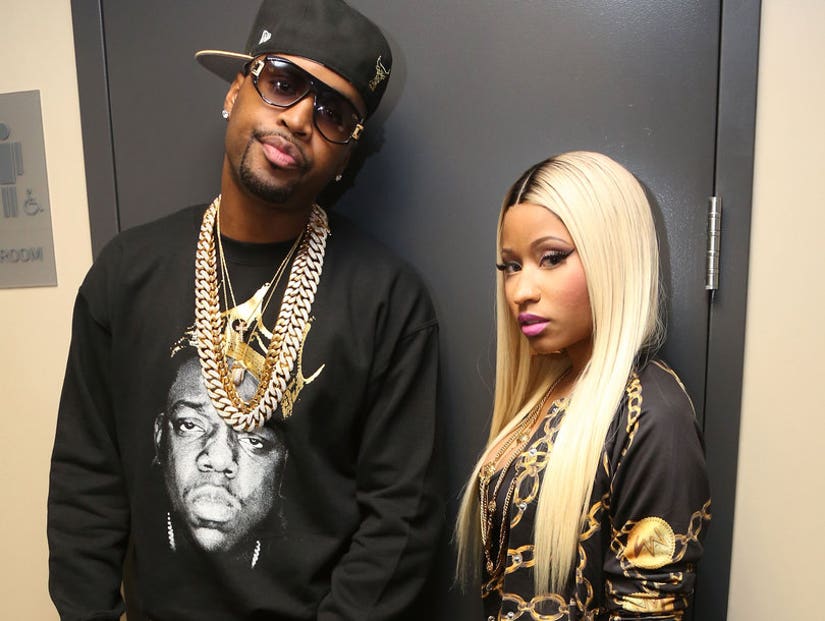 Nicki Minaj and her ex-boyfriend Safaree went at it over social media Tuesday, and it didn't take long for fans observing the spat to join in.

The drama started when Minaj threw shade at her ex during an interview on Hot 97 radio earlier in the morning. The rapper expressed her frustration that Safaree and other male hip-hop artists don't respect her as a songwriter. She stressed that she's "always written" her own raps and is "over" Safaree trying to "tarnish" her image by taking some kind of credit for her work. 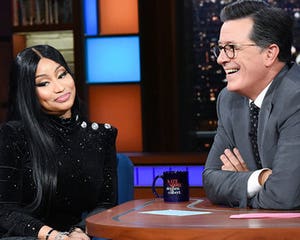 "You don't know the f--ked up shit he did to me," she said. "It don't give you a right to lie about someone's craft just because you know that they're a woman and people will believe you. So now years later you want to come back and say 'I lied' after you've tried to tarnish my image."

"I've gotten over it now because you can go and listen to 'Queen' and hear it for your motherf--king self," Minaj added. "I've always been adamant that I've always written my own raps and I want all women to write their own raps."

Minaj also alluded to catching Safaree stealing her credit cards and paying for prostitutes, all while she was taking care of him "for years and years." The former couple dated for 12 years before breaking up in 2014.

"How dare you bite the hand that feeds you," she added. 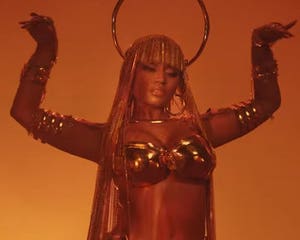 Safaree responded on Twitter by suggesting his ex either "still cares" about him or is "holding on to a lot of hate."

"How many times have I said I never wrote ur raps (sic)? Nobody even talks about that anymore," he added.

Minaj clapped right back in a series of tweets about their relationships, including taking a dig at Safaree's hairline.

U stole my card & told me you thought it was an account with “free money” that I didn't know about. On God. God will strike you down & more for lying. Ha! Stop saying u packed & left ! On Jesus u came to my house CRYING BEGGING to go w|me to Europe to the EMA's. I said NO DUMMY

Sherika & I had a bet that soon as you knew meek was bout to come home your crawl back & ya did! 🤣 came to my house CRYING. JOYCE WAS THERE! My whole glam was there! Left who?!?! You gettin aired out on #QueenRadio too on Thursday! Apologize & STFU

I should've never paid for that gyatDamn hairline!!!! It fell back out cuz God don't like ugly!!!! You used me but God had other plans!!!!!

Btch you hit me & meek asking us to get your dick pic back from someone. Lol. You were playing with ur dick in the shower by urself with suds & shit. I have the email where u said you couldn't pay ur electric bill & why you lied on me but go AWWFFF SIS! https://t.co/QkoZjLFkf4

Safaree came back with multiple tweets as well and made sure to clarify that he and Tyga don't attend the same hairline treatment doctor. In addition, the hip hop star claimed that Nicki once cut him so badly that he "almost died."

We know each other inside out. Everything there was for us. I didn't use your card for prostitutes. We both didn't trust each other. You did shit I did shit. You said you were messing with meek a few years b4 y'all got together and I'm not mad at that.

Towards the end it got toxic and I just packed up and left. I did things for spite and so did you. I don't wish you bad and I don't want us back together just like I'm sure you don't. I don't need you you don't need me but we will always be linked in the public no matter what.

Remember the night you cut me and i almost died the police and ambulance had to take me out the crib on a stretcher and I had to lie and tell them I was trying to kill myself so they wouldn't take you to jail. When things like that start happening more Than once it's time to dip.

And you know what I still don't have no hate for you cuz I'm happy in my own mind now. Enjoy your album dropping. And stop letting these ppl see you sweat. This ain't you. You too big to act the way you be acting. No1 on ur level acts like that. Period

How was I begging to go to Europe with you and you were in a full blown relationship towards the end of ours? I knew it a wrap. I still have the email when you hit me saying let's spend Christmas together and work things out so please stop.

I thought you were gonna zen and cleanse your mind and body what kind of zen is this 😩😩😩.. what in the zen sorcery is going here 😩😩

1st off Me and tyga didn't go to the same dr. We did it the same day. Diff doctors . Listen I don't know if this has to do with 1st week sales but you need to finish your zen. And don't talk about vh1 checks cuz the way you're acting it's like your auditioning to be on LHH

At least y'all know I was trying to keep my nudes to myself now. Some1 was trying to leak my di%^ pic for years and ive been trying to stop it forever. But is this suppose to be your promo run? I'm flattered that you feel talking about me can help. I can't believe ur still mad.

It's about to be 5wholeee years. There's no way I could hold on to something that long. You can front all you want you're not happy. Don't talk about my Big Dick swinging in the shower video no1 knows about that 1 😩😩😩

And let's keep the mention of mothers and siblings to a minimal of zero please.
Sincerely yours 12k Hairline

Naturally, observers on Twitter were loving the beef, chiming in with memes, GIFs and funny videos. Enjoy those reactions below.

Nicki Minaj is really keeping my TL busy this good Tuesday. Paid $10K for Safaree's hairline, had to get his private pics of his junk back for him, exposed him for lying on her for years. Whew... pic.twitter.com/Zz3mhdwnuA

Idk if Safaree wrote Nicki raps. But what I do know is, her raps ain't been the same since they broke up pic.twitter.com/HbyV6JlOlZ

Nicki Minaj and Safaree ain't doing nothing but proving they're two lames that fucked with each other.

Girl Nicki and Safaree going at it?? pic.twitter.com/Y09gmoDD5z

How you get someone to spend 10k on your hairline just for it to fall back? God dont like ugly Safaree! pic.twitter.com/NyiflDdpZr

Me seeing these Nicki and Safaree tweets on the TL: pic.twitter.com/26Nbjo3Kft

This the best album promotion I ever seen I ain't gonna lie...#QUEEN pic.twitter.com/ezzijiyTzL

So am I to understand that: Safaree was stabbed by Nicki Minaj; Nicki said his hairline fake; Ocasio-Cortez came out in support of...the wing; Issa Rae may be getting blackmailed; Omarosa's book is out...all at the same time? pic.twitter.com/hhEV03ToAU

Me reading Safaree And Nicki's tweets when I should be working. pic.twitter.com/FLc2KpB1uJ

This is me watching Nicki and Safaree spilling all the tea 🐸 pic.twitter.com/hLo4epRUyR

Me trying to ignore the Nicki Minaj and Safaree drama and be productive pic.twitter.com/qGeissl1Uc

A quick shot of the shade room headquarters trying to keep up with this Nicki Safaree twitter war pic.twitter.com/3Z1fBoJfmC 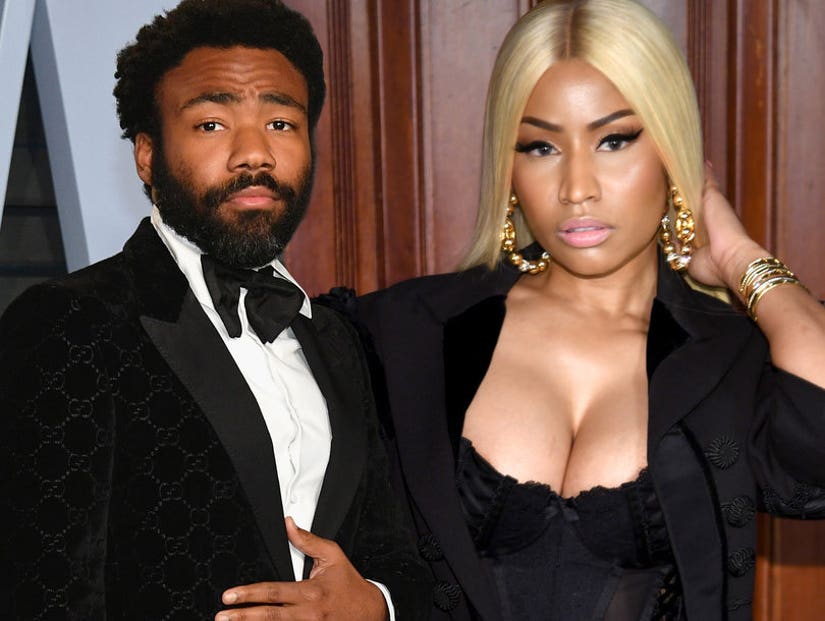