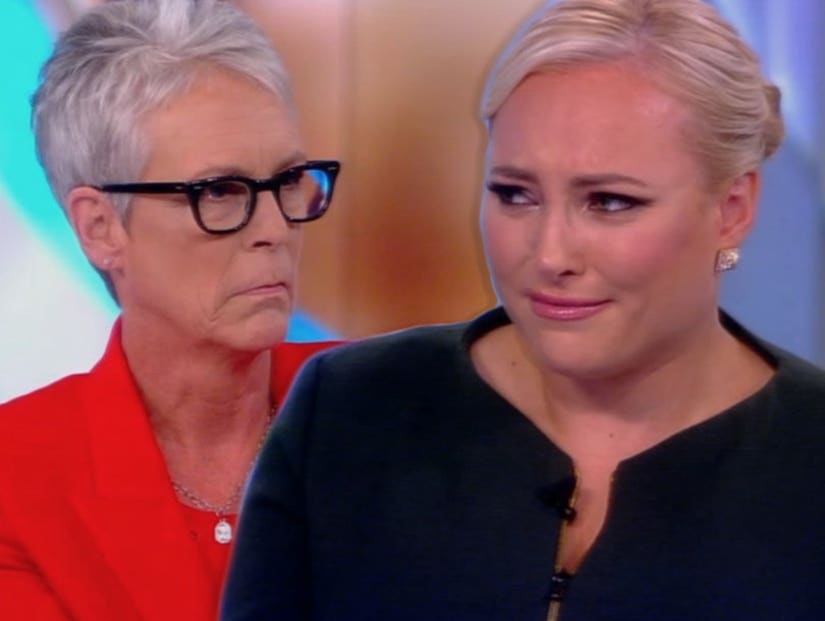 The guest wishes she was as close to her father as McCain was with hers.

It was an emotional morning on "The View" for cohost Meghan McCain, who returned to the show for the first time since her father John McCain's death in August.

And while Jamie Lee Curtis was on to promote her upcoming "Halloween" sequel, the actress moved McCain to tears as she went on a tangent commending both Meghan and her late father. 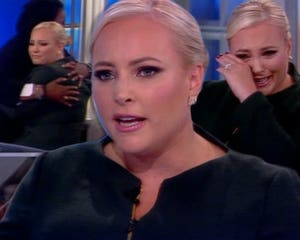 Speaking about the trauma her "Halloween" character, Laurie Strode, has been dealing with in the years since the events of the 1978 movie, Curtis then diverted into a different direction.

"Your father was a war hero for this country. Every single person in this country owed him a debt of gratitude for his courage and his service and his strength and he has passed it right into you," she told McCain.

"I don't know where I'm going, but I just wanted you to let you know," she continued, surprised at what she was even saying, too. "I don't even know what connected it, all of a sudden I looked in your eyes and I saw your dad." 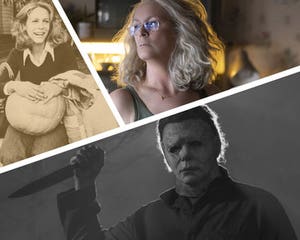 "My dad's gone, I wish I had a dad who I could have really ... I didn't know mine," said Curtis, the daughter of "Spartacus" star Tony Curtis and "Psycho's" Janet Leigh. "He was a terrific actor but I was not close to him."

"I longed for that closeness and that connection, that's all I ever wanted in my life, that's why I have it with my husband and my children," Curtis continued, as McCain's eyes welled up. "What you have with your father, it's just powerful and you're an extraordinary representation of that connection."

"I really appreciate that, I really do, it's really kind," McCain told her. "It really is."

The moment between Curtis and McCain came after Meghan began the show by speaking out about her family's loss and thanking her cohosts and everyone across the country for their continued support. 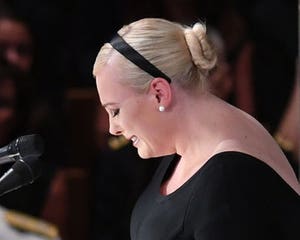