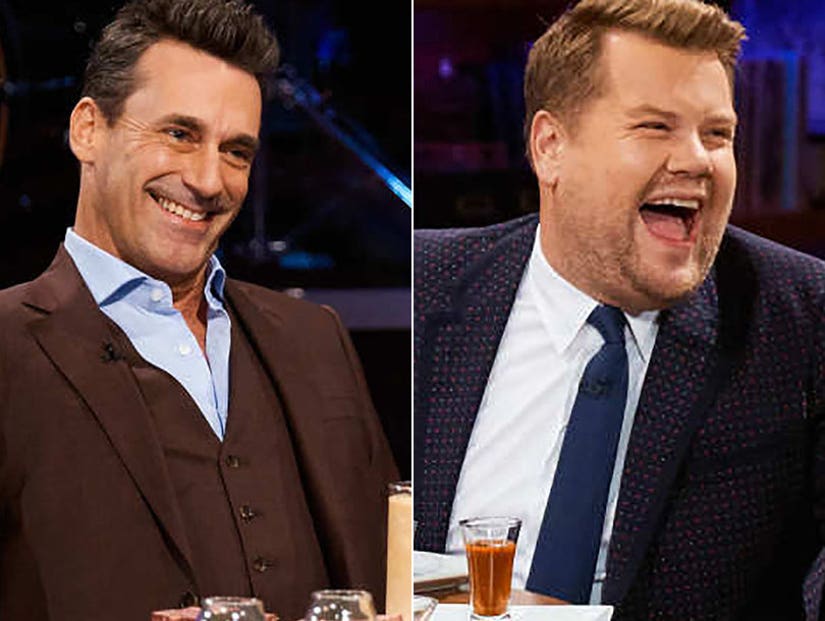 The "Bad Times at the El Royale" star and James Corden were forced to answer impossible questions or eat impossibly disgusting things.

Sometimes, it might not be worth it to be a guest on "The Late Late Show," as Jon Hamm learned during his first visit with James Corden when he was asked directly about his "Hammaconda."

Before the "Bad Times at the El Royale" star even got a chance to sit down and chat with the late-night host, he was subjected to Corden's "Spill Your Guts or Fill Your Guts" challenge. The only consolation in the game is that the guest also gets to make Corden face the impossible choice of answering horrible questions or eating even worse ... food? 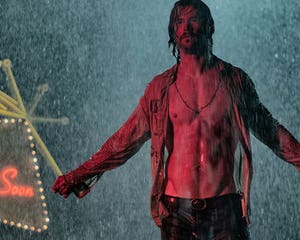 Corden was asked to reveal his least-favorite guest and rank the other late-night hosts, while Hamm was asked which co-star he never wants to work with again and how he'd rank the men who've played Batman from best to worst. He also made himself a "legend" by how he chose not to answer that last one.

But it was Corden's final question that had Hamm's complete attention, as well as the studio audience, and apparently Corden's mother. "There's been a lot of talk online about what people refer to as the 'Hammaconda,'" Corden said with a sly smile. "Show me with your hands how big the 'Hammaconda' really is."

Appropriately sitting in front of Hamm at this moment was sliced bull penis. As he considered what he wanted to do, Corden started singing a customized version of Sir Mix-a-Lot's "Baby Got Back." In the end, it was penis that won out, as in Hamm chowed down on some bull penis. 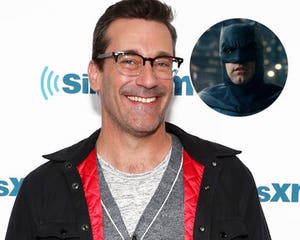 Earlier in the game, he earned legendary status in Corden's eyes when he refused to answer the Batman question, and instead pounded two double-shots of hot sauce. When asked how it was, Hamm called it "eye-opening."

"I don't think your eyes are the only thing it's gonna open," Corden joked.

In fact, of six total questions, only one of them got answered, but that didn't stop Jon Hamm from making a hilarious guess as to who Corden's least-favorite guest was. While Hamm simply ate his way through the game, Corden did reveal his least-favorite Jon Hamm movie, and it might surprise you.

Check out that reveal and all the gross and hilarious action in the video above.

"Bad Times at the El Royale" is in theaters now. 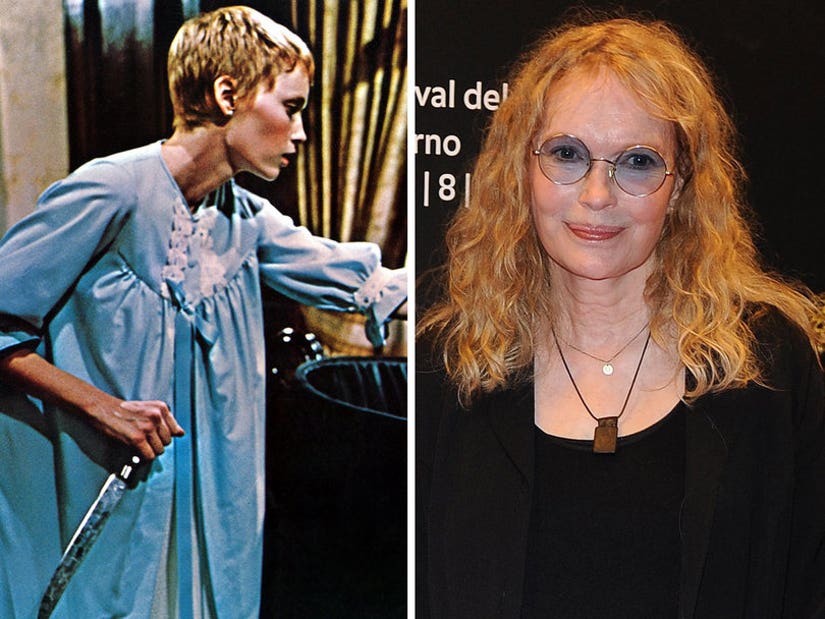