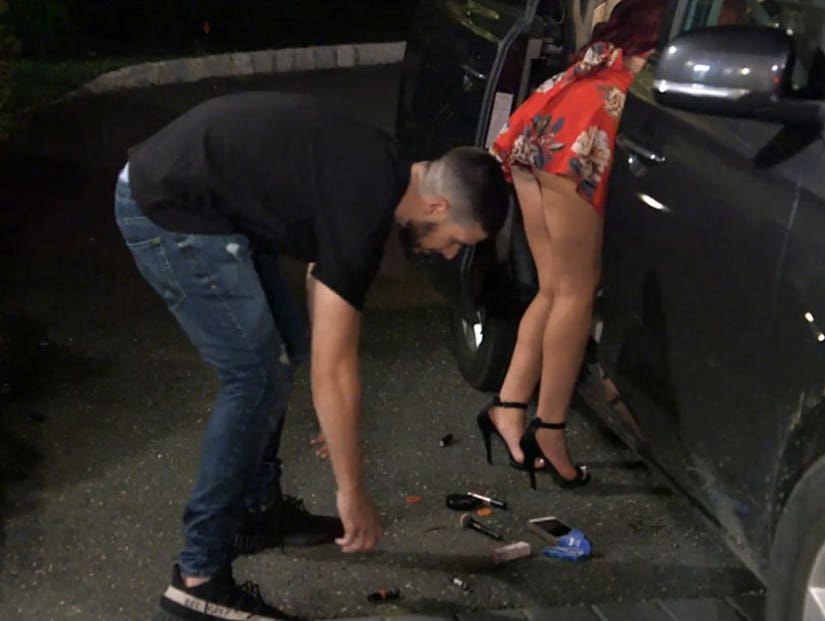 "I'm gonna turn down the lights for you, Vinny," Jenni says as Nicole excitedly adds, "We wanna watch!"

In TooFab's exclusive sneak peek below, the gang is arriving home from a night out of drinking, and it appears some have drank more than others.

Angelina -- visibly wasted -- is the last to get out of the cab and manages to drop all her belongings on the ground. Being the gentleman that he is, Vinny steps in to help her pick it all back up. Whether he realizes it or not, her entire ass is in his face. 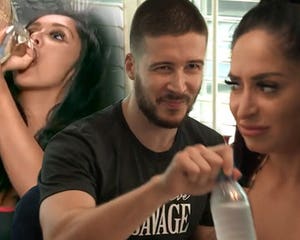 Once inside, a very drunk Angelina insists on filming a confessional, where all she does is burp and apologize. She then makes her way upstairs and into her bed. "F--k all yous assholes," she announces before pulling the sheets over her head. "Goodnight!"

But Nicole "Snooki" Polizzi and Jenni "Jwoww" Farley -- who are watching the spectacle in sobriety -- don't think Angelina is really ready to go to sleep.

"I'm gonna turn down the lights for you, Vinny," Jenni says. "I'm gonna make it so cute for you. I'm gonna light candles. Bow-chicka-wow-wow. C'mon, Angelina, get in the mood! Let's go, girl -- whatever it takes."

All the while, Vinny is sitting on a bed opposite Angelina, shaking his head in disapproval.

Vinny says no and gets up to walk away. "Vin, come back!" Nicole yells before waking Angelina up and urging her to "go in his room."

Jenni later tells the camera, "I would love for Vinny to hate f--k Angelina again. And I feel like it's the perfect time!" 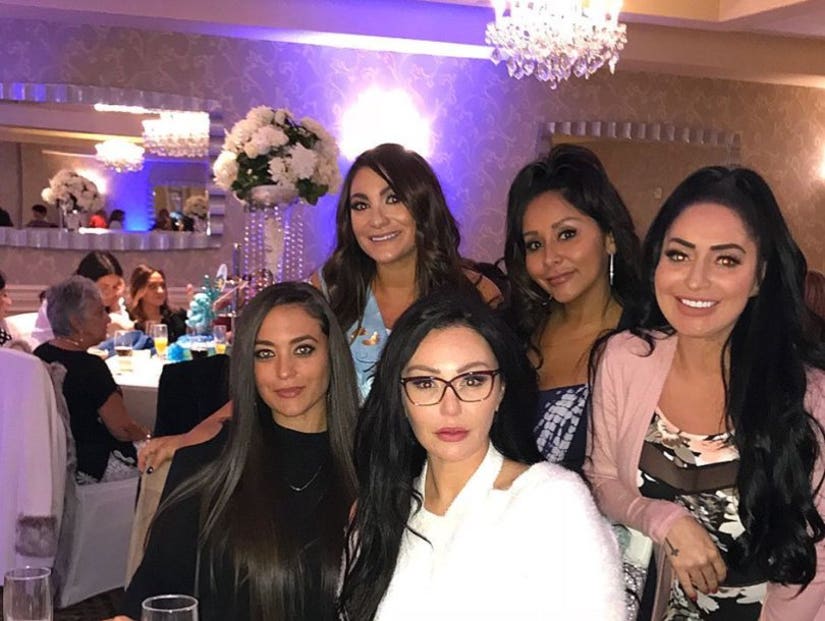