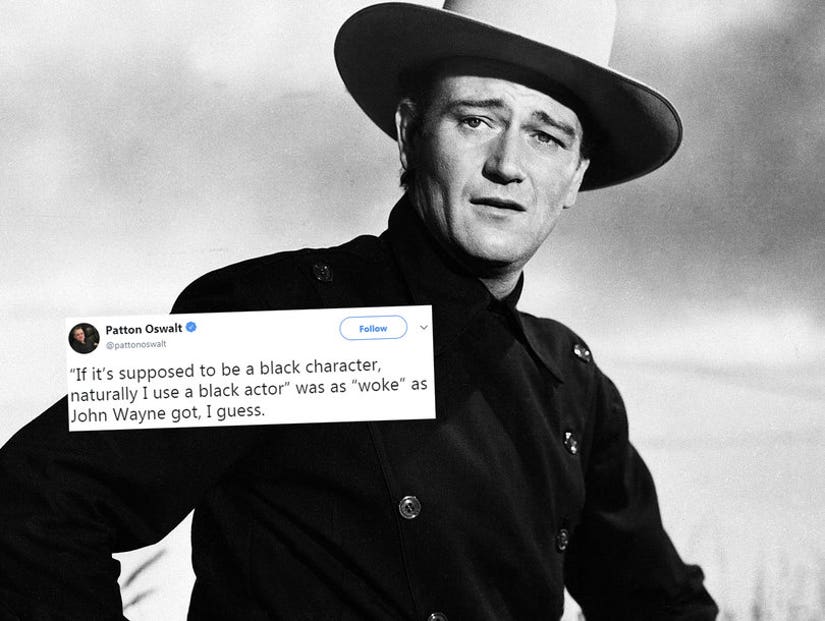 "I believe in white supremacy until the blacks are educated to a point of responsibility," Wayne says in the 1971 interview.

He was a hero to all of America... or maybe just a very narrow slice of it.

An old interview with John Wayne has resurfaced on Twitter, and it makes for some VERY uncomfortable reading.

The 1971 Playboy article relays the iconic cowboy's opinions on why "f--" films are perverted, why "blacks" shouldn't be given certain jobs, and why we were justified in taking America from those "selfish Indians".

The jaw-dropping piece was stumbled upon by Twitter user Matt Williams, who summed it up thusly: "Jesus f--k, John Wayne was a straight up piece of shit." 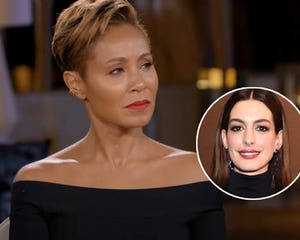 At the top of the interview, the then 63-year-old is complaining about the "perverted" movies currently being produced, when the interviewer asks him which films he means.

"Oh, 'Easy Rider,' 'Midnight Cowboy' -- that kind of thing," he horrifyingly replies. "Wouldn't you say that the wonderful love of those two men in 'Midnight Cowboy,' a story about two f--s, qualifies?

"But don't get me wrong. As far as a man and a woman is concerned, I'm awfully happy there's a thing called sex. It's an extra something God gave us. I see no reason why it shouldn't be in pictures. Healthy, lusty sex is wonderful."

“If it's supposed to be a black character, naturally I use a black actor” was as “woke” as John Wayne got, I guess. https://t.co/4cDjs886gr

After claiming he didn't want the likes of political activist Angela Davis indoctrinating his kids into Communism at school, the conversation turned to race, and it didn't get any better.

"With a lot of blacks, there's quite a bit of resentment along with their dissent, and possibly rightfully so. But we can't all of a sudden get down on our knees and turn everything over to the leadership of the blacks," The Duke decreed.

"I believe in white supremacy until the blacks are educated to a point of responsibility. I don't believe in giving authority and positions of leadership and judgment to irresponsible people."

When asked if he was "equipped to judge this", his racist reply is jaw-dropping: "It's not my judgment. The academic community has developed certain tests that determine whether the blacks are sufficiently equipped scholastically. But some blacks have tried to force the issue and enter college when they haven't passed the tests and don't have the requisite background."

He goes on to argue it would be no good to register anybody in a class of higher algebra or calculus "if they haven't learned to count."

"There has to be a standard. I don't feel guilty about the fact that five or 10 generations ago these people were slaves," he reasons. "Now, I'm not condoning slavery. It's just a fact of life, like the kid who gets infantile paralysis and has to wear braces so he can't play football with the rest of us."

"I will say this, though: I think any black who can compete with a white today can get a better break than a white man. I wish they'd tell me where in the world they have it better than right here in America." 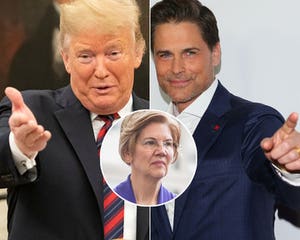 The Oscar-winner however, to his self-awarded credit, insisted he did not limit the number of black people in his films.

"Oh, Christ no. I've directed two pictures and I gave the blacks their proper position. I had a black slave in 'The Alamo,' and I had a correct number of blacks in The'Green Berets,'" he declared. "If it's supposed to be a black character, naturally I use a black actor.

"But I don't go so far as hunting for positions for them. I think the Hollywood studios are carrying their tokenism a little too far. There's no doubt that 10 percent of the population is black, or colored, or whatever they want to call themselves; they certainly aren't Caucasian. Anyway, I suppose there should be the same percentage of the colored race in films as in society."

However, he cautioned: "But it can't always be that way. There isn't necessarily going to be 10 percent of the grips or sound men who are black, because more than likely, 10 percent haven't trained themselves for that type of work."

we are cancelling dead people and fighting like hooligans today is crazy. this is why I never take towel twitter for granted

Inevitably the conversation moved to Native Americans, perennially the bad guys in just about every one of his films, and he is asked if he feels any empathy for them.

"I don't feel we did wrong in taking this great country away from them, if that's what you're asking," he replies. "Our so-called stealing of this country from them was just a matter of survival." 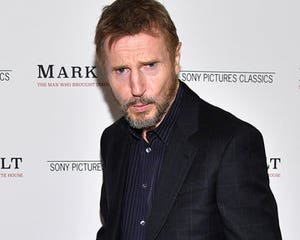 "There were great numbers of people who needed new land, and the Indians were selfishly trying to keep it for themselves."

Later in the interview, he refers to the "so-called" My Lai massacre in Vietnam — in which up to 504 men, women, children and infants were murdered, mutilated and/or gang-raped — as "one little incident in the United States Army... that caused uproar."

The most ironic line comes at the very end, when the "True Grit" star is asked about his legacy.

"Well, you're going to think I'm being corny, but this is how I really feel: I hope my family and my friends will be able to say that I was an honest, kind and fairly decent man."

Among the stunned people on Twitter rediscovering the interview was Patton Oswalt: "'If it's supposed to be a black character, naturally I use a black actor' was as 'woke' as John Wayne got, I guess."

The three-time Oscar-nominee was born Marion Mitchell Morrison in 1907, and died aged 72 in 1979.