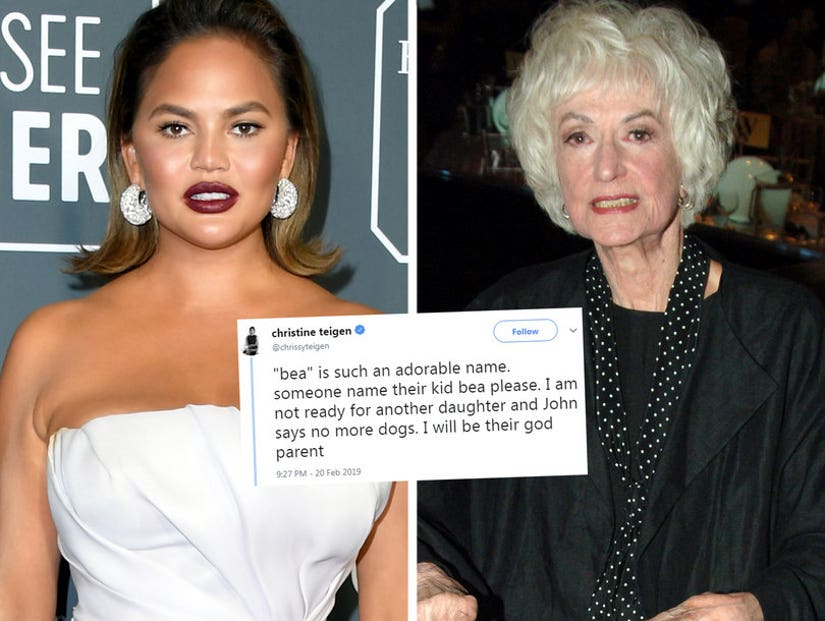 Chrissy Teigen has proven herself the Golden Girl of social media once again.

The model caused the legendary Bea Arthur to Trend on Twitter on Thursday simply by tweeting that she liked the name.

The Lip Sync Battle hostess wasn't even referring to the late actress; just "Bea" in general, and it's adorableness. 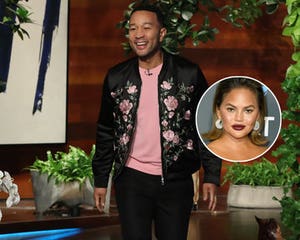 "'bea' is such an adorable name. someone name their kid bea please. I am not ready for another daughter and John says no more dogs. I will be their god parent," she tweeted.

"bea" is such an adorable name. someone name their kid bea please. I am not ready for another daughter and John says no more dogs. I will be their god parent

Within 12 hours, the tweet was liked more than 64,000 times, retweeted almost 2,000 times and attracted more than 2,200 comments —- mostly from people showing off their own beloved Beas.

The mom-of-two's feed was flooded with super-cute pictures of daughters, grand-daughters, nieces, dogs, cats, and at least one bearded dragon, all named Bea.

Of course there was plenty of appreciation for "The Golden Girls" star too, who sadly died back in 2009, aged 86.

And such is Chrissy's social media superpower, Arthur found herself trending all across the social media platform.

The Television Academy Hall-of-Famer, who is behind only Julia Louis-Dreyfus and Mary Tyler Moore for most ever Primetime Emmy Lead Actress nominations, is perhaps most famous for her role as Dorothy Zbornak on the classic 80s sitcom.

She shared the screen with feisty mom Sophia, played by Estelle Getty, the man-eating Samantha Jones-precursor Blanche, portrayed by Rue McClanahan, and the ditsy Rose, played by the sole surviving member of the quartet, 97-year-old Betty White.