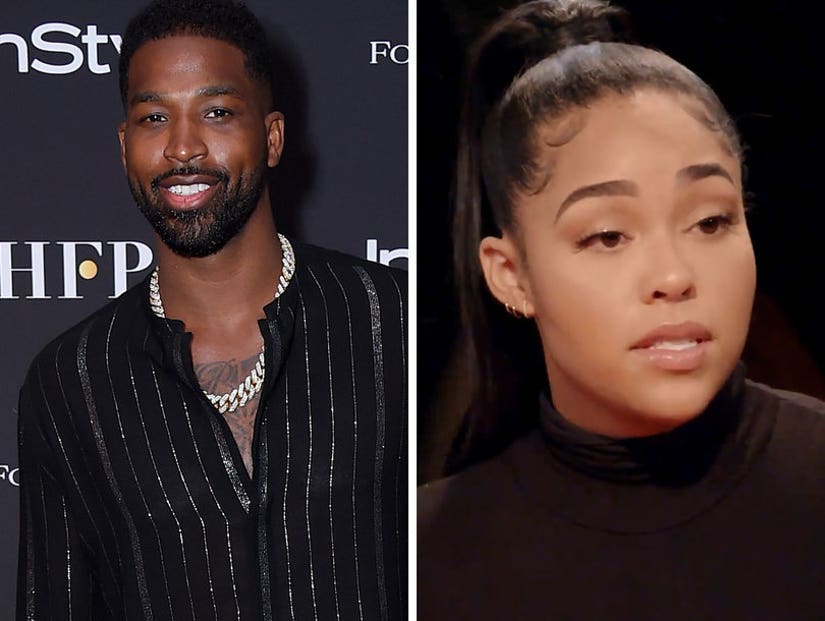 On 'Red Table Talk,' Jordyn said, "It was like a kiss on the lips, no tongue kiss, no making out, nothing."

It's a game of he said, she said after Sunday night's new episode of "Keeping Up with the Kardashians."

Last night, Tristan Thompson's cheating scandal with Jordyn Woods finally hit the fan, as Khloe Kardashian and her family scrambled to get as much information about what went down as possible.

Neither Jordyn herself or Tristan appeared in the episode, though the sisters all relayed what happened in off-camera conversations they all had with the two. 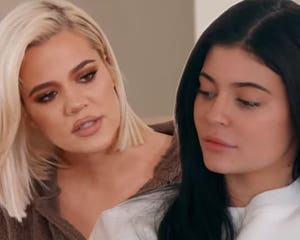 On "Red Table Talk," here's what Woods said went down that night: "There was a chair here, a couch and another chair, it's all filled. So he's sitting in this chair and there's an arm and I'm sitting on the arm of the chair. In my head, this is innocent. There's no way this would look like a lap dance, but I could see why people would say, 'Oh, they were getting cozy.'"

"On the way out, he did kiss me," she also told Jada Pinkett Smith. "It's just no passion, no nothing on the way out, he just kissed me. It was like a kiss on the lips, no tongue kiss, no making out, nothing."

While we never directly heard Jordyn tell Khloe that they "did make out," that story would differ from what Woods said on RTT. It's also a little different from what Tristan allegedly told Khloe as well. 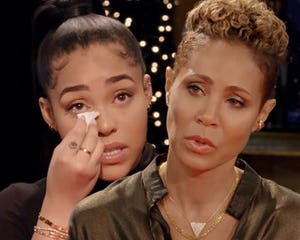 Later in the episode, Kim said Khloe had gotten confirmation "something had happened" between Tristan and Jordyn -- though she seemed unclear about "whether it was as small as a kiss or they were making out."

Khloe eventually said, "Once Tristan finally landed in Cleveland, he saw my millions of text messages. He already knew what was up and there was nothing else he could do but confirm it."

"I got my questions answered," she continued. "I was getting more details, that everyone left and Jordyn stayed. She was sitting on his lap in a chair, they were all over each other, they were handsy. They made out. It's disgusting, I'll never understand, the depths of his ... ugh."

Again, all this come to viewers second hand, so there's room for error and it's not 100% clear where all the details were coming from -- but all the stories didn't exactly line up.

We'll see if the story straightens out next week, as the two-part finale continues. For now, rewatch Jordyn's "Red Table Talk" appearance below.