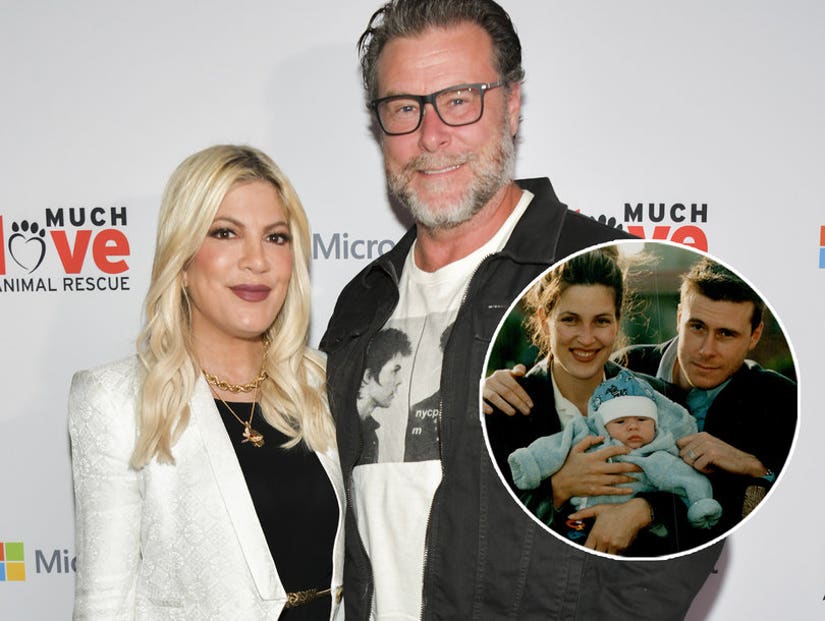 After not speaking for more than three years, Dean and Mary Jo Eustace lay it all on the table.

It was a long time coming, but Dean McDermott's ex wife Mary Jo Eustace has finally buried the hatchet with both Dean and his wife, Tori Spelling.

Dean and Tori met when they were filming a Lifetime movie in 2005, while they were both married to other people. They eventually divorced their exes and married each other, leading to years of animosity between McDermott and Eustace, with whom he shares son Jack.

After not speaking for over three years, McDermott revealed they finally "unblocked" each other on their phones and recently reunited for a birthday party for Jack. Yes, Tori was there and no, apparently it wasn't awkward.

Mary Jo was a guest on Dean's podcast, Daddy Issues, which he cohosts with Adam Hunter and Nicky Paris. On this week's new episode, the two opened up about their dinner and how Mary Jo has become fast friends with Tori.

"Our son Jack turned 21, so he came into town from San Francisco, we went and had a lovely dinner," said Dean. "Tori and Mary Jo were communicating about the party."

According to Eustace, Spelling had never blocked her, so they had been in contact before the dinner. 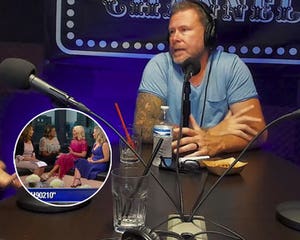 "Through all this it started this dialogue, the dialogue got friendlier and friendlier," McDermott continued. "[During the dinner], Tori turns her back on me, turns into Mary Jo and that's when the love fest began."

"We talked before, but this was a whole new level of love," said Mary Jo. "The first thing she said to me was, 'I'll sit beside you' and she did. It was full game on, 3 or 4 hours. We had the most amazing time, we had incredible conversations, she was patting my hair a lot."

"And when she did turn to me, she was like, 'Your ex wife was awesome,'" said Dean, before grossly joking he hoped "maybe they'd scissor later" after everything appeared to be going so well. "We tied one on," added Eustace, "Tori, god bless her, she said, 'Who do I have to blow to get a drink for my friend Mary Jo?!'"

Here's a photo from that night, which Mary Jo posted on Instagram:

When Hunter asked if Mary Jo was surprised at how well the night went, she said she wasn't.

"I had made a decision before I went to the dinner, that whatever happened in the past, we moved beyond it and there was no animosity," she explained. "I really wanted to move on. Dean and Jack are getting along famously. Tori and I have been dealing with each other on a different matter and she's been fabulous and understanding and wonderful, I thought what's the point anymore? I don't feel it anymore, I just wanted everyone to do super super well. I told him it was all good. Tori and I actually have similar personalities in some ways."

Before saying the two women are talking about doing a TV show together, she added, "Listen, it's been a rough ride, there's no doubt about it... but at a certain point in time, you just have to put it in the rearview mirror." She then made it a point to tell McDermott that she had forgiven him and she's moved on, telling him she really wanted "everybody to have a good life" now.

She also said seeing her marriage fall apart in the press was "so surrealistic" at the time, adding that Brandi Glanville -- whose ex Eddie Cibrian cheated on her with LeAnn Rimes after working together on another Lifetime movie -- was one of the few who could understand what she went through.

"There's very few people that that happens to. You become an observer in your own life," she explained. "I was so naive, I just didn't think anybody would care. And so it was this massive thing that got a life of its own and went on and on and on. But that journey, that trajectory that I went on, the stuff that happened in my life, I wrote a best selling book about divorce, I got my own radio show, I wrote other books, I got to be interviewed by Larry King, 'The View.' And there was lots of laughs along the way too. There has to be, because it was such a bizarre situation."

She also recalled getting backlash herself at the time, with people saying she was "unattractive" and got cheated on because "she didn't put out." At a point, she just had to stop listening to what everybody was saying, adding that she couldn't imagine what it's like for Tori and Dean.

After Hunter worried that becoming friends was akin to playing with fire, Mary Jo said she had "completely, a million percent moved on" from her ex. "There's no wounds that are gonna be opened up, there's nothing," she added, "that was a period in my life and it's over and you could pay me a billion dollars and I wouldn't want to be with Dean."

Dean McDermott will be doing his first major stand-up comedy show in New York City -- opening for Nicky Paris at his Breakout Artist Show at Caroline's on Broadway -- on October 30. Click here for ticket info. 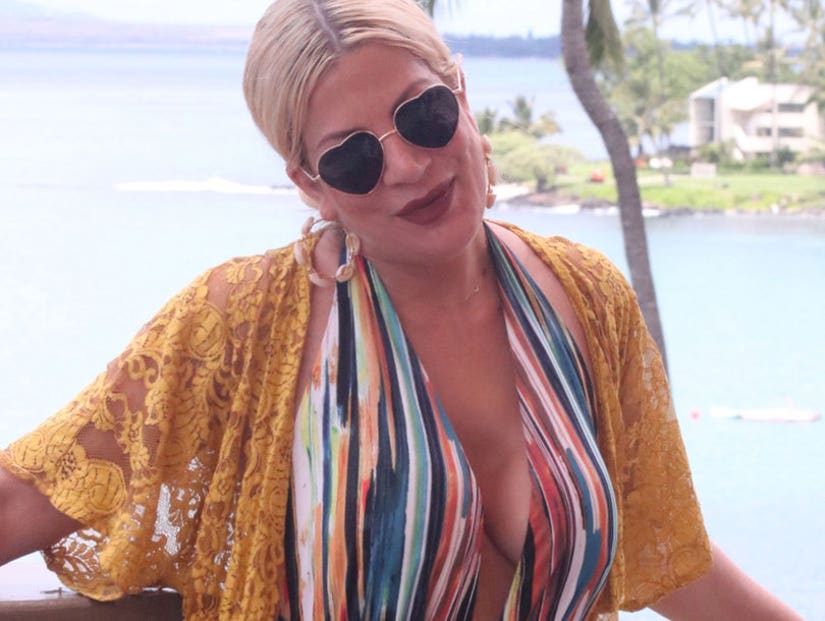