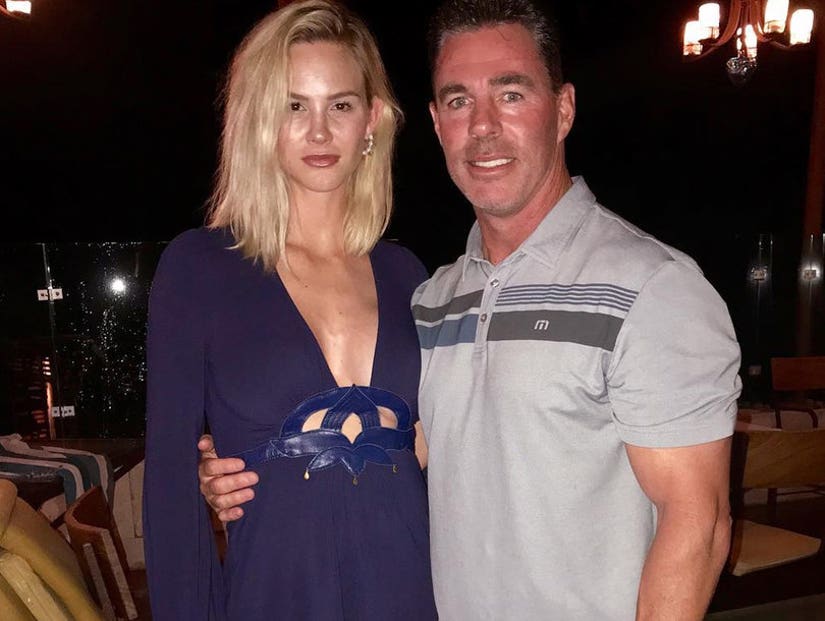 Meghan also claimed Jim had filed for divorce, but she found out through a reporter.

Meghan King Edmonds has launched a blistering attack on her husband Jim, accusing him of having "exceedingly inappropriate" relationships with not just one of their babysitters, but several.

In a lengthy blog post simply entitled "Broken", the "RHOC" star claimed on Tuesday that even in the wake of his infamous sexting scandal, "my husband was drinking and partying with much younger women, including several of our babysitters, and I found this gallivanting inappropriate, immature, and downright odd." 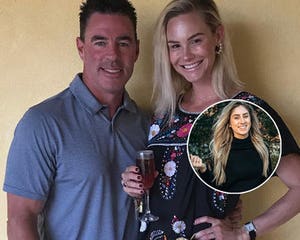 "While I initially wrote it off because during several of these outings, his 22-year-old daughter was present, given his previous indiscretions, I was uncomfortable."

"Even more so when he started lying about where he was going or who he was going with—and deleting entire text conversations on his phone with several of these young women," she continued.

Meghan claimed that after the sexting scandal, Jim had agreed with their therapist that he would be totally transparent and never delete messages or conversations, and would also keep his location available on his phone.

Rumors recently emerged claiming Jim had an affair with the family's 22-year-old nanny, Carly Wilson, which both Jim and Carly have denied; the rumors were further fueled by pictures of them together at an ice hockey game.

"And when I learned of a particular outing with a babysitter, this time, to a hockey game, that Jim repeatedly lied about, I asked him to include me on all future texts with this sitter but he said, 'No.'" Meghan added. "Another major red flag."

Jim, for his part, has claimed he was with Ms. Wilson at the hockey game along with his best friend, and he only invited his babysitter to comfort her after her boyfriend allegedly dumped her. Wilson has also denied any inappropriate interactions with Jim. 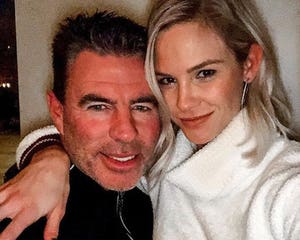 Meanwhile, Meghan claimed to have confronted them both, but admitted she didn't know if Jim had slept with the babysitter or if they "were just being exceedingly inappropriate by hanging out socially without either of them telling me"; after dwelling on it for days, she claimed she doesn't believe they were intimate, but she still doesn't understand why he would lie about it.

In her post, Edmonds also slammed her in-laws and Jim's friends for allegedly never reaching out after his sexting scandal came to light, nor when their son Hart's life long brain injury was diagnosed.

"I'm disgusted by what has surfaced in the media," she wrote. "I love my husband and I'm devastated that our marriage is being broken up in the ugliest and messiest way."

"I am sad that members of Jim's family are reveling in our demise. And I am saddest for the children. My step kids, Landon and Sutton, have lost a stepmother whom they love and will have to endure another divorce and broken home in their short lifetime. And my three babies who will likely never remember their parents being married."

"I am broken for my family. I am buried in despair. I cry at the drop of a hat," she continued. "But I am enduring.

"I will set an example for my children and I will teach them to love and respect people while also knowing not to condone unethical or wrong behavior. I will facilitate healthy, consistent, and ongoing relationships with their father and with his family despite the hurt I feel from them because my children should not reap the karma of my personal situations."

Meghan also claimed Jim had filed for divorce, but she found out through a reporter: "Last Friday — the same day I confronted Jim and one of our babysitters — I got a call from a reporter, telling me he had a story and was releasing it. 'What?! He's divorcing me?!' This is the first I had heard of it. Ten minutes later it was all over the world wide web."

"Once again," she added, "the tabloids knew more about my marriage than I did."

She concluded by sharing an inspirational quote: "When you're in a dark place you sometimes tend to think you've been buried. Perhaps you've been planted. Bloom."

Meanwhile, Jim posted a lengthy denial Monday morning on Instagram, a day prior to Meghan's blog.

"BREAKING NEWS It's one thing to be accused of something. It's another thing to be so negligent and so careless, and ruin the lives of innocent young people," he wrote. "I did not sleep with our nanny. She's not just a nanny, she is someone that we brought into our house and promised to protect and look after while she was in our home. We have been treating and raising this young girl like she is our own child! For someone to accuse me of sleeping with her is not only wrong, it's disgusting and irresponsible."

"Just because you're extremely whitty [sic] and intelligent, and know how to play the Instagram game. Doesn't give you the right to use that platform to wrongfully accuse," he added. "Not only is it irresponsible. It is dangerous and puts my family in harms way. We all make mistakes. This is not one of those times."

Jim's daughter, Hayley, has also spoken out on her father's marriage to Meghan, which you can read here.

TooFab has reached out to Meghan King Edmonds, a rep for Jim, and Carly Wilson seeking comment. 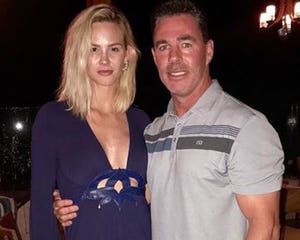