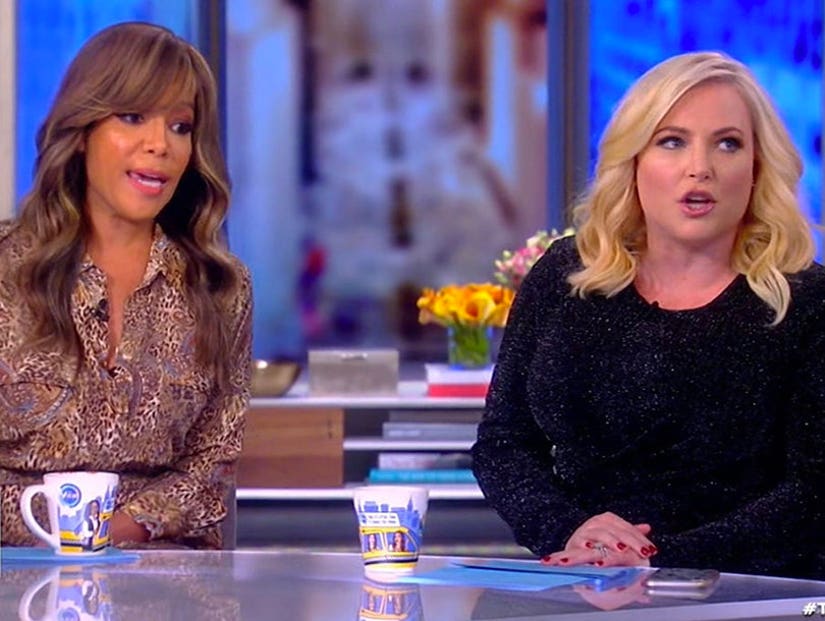 The panel was divided on Friday morning as the women of "The View" sat down to discuss the ongoing impeachment hearings about President Donald Trump.

While Joy Behar, Sunny Hostin and guest cohost Ana Navarro all thought there was enough coming out of the hearings to impeach the president, Abby Huntsman and Meghan McCain weren't sure that was the case.

DOES AMERICA CARE ABOUT IMPEACHMENT? As the public impeachment hearings come to an end, the co-hosts weigh in on the impact they have on public opinion. https://t.co/vLeSDoqB0B pic.twitter.com/gTCyCBp9Tm

Trying to speak for Trump supporters, McCain said she lives "5 miles away from MAGA hat people" and said they're "not convinced what happened is an impeachable offense."

"The Constitution belongs to all of us, whether we have it on our nightstand or not," Joy responded, before adding, "I believe bribery is listed as one of the impeachable offenses, by the founding fathers."

McCain then pointed to Congressman Will Hurd, who said he would vote no on impeachment, believing the evidence so far hasn't been "compelling, overwhelming, clear and unambiguous." Tensions flared again as Sunny expressed shock over Hurd's stance.

"I also say it tells me he is complicit, the Republican party has enabled this president and continues to enable this president," Hostin continued. "You're slandering a CIA agent!" McCain interrupted again.

"He is complicit. I don't know if it's about a political future ... for him to sit there and say evidence has to be overwhelming and he heard no overwhelming evidence, I want to know which hearings he's sitting at," Sunny continued, as the audience erupted in applause.

"Let me speak," Meghan shot back. Sunny: "You've been speaking a lot."

As the conversation continued, McCain thanked Hurd for "putting his life on the line" as a part of the CIA and showed her support for "all veterans." Ana, meanwhile, said she liked Hurd and appreciated his service, but also believed he was "acting politically" with his stance.

With no Whoopi Goldberg around to break everything up, the women continued to speak over each other, before Meghan said, "We have to go to a commercial, really." After Ana finished her thought, they finally did. 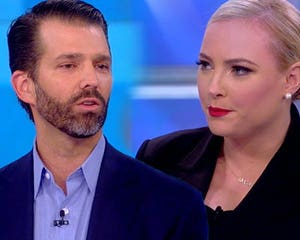