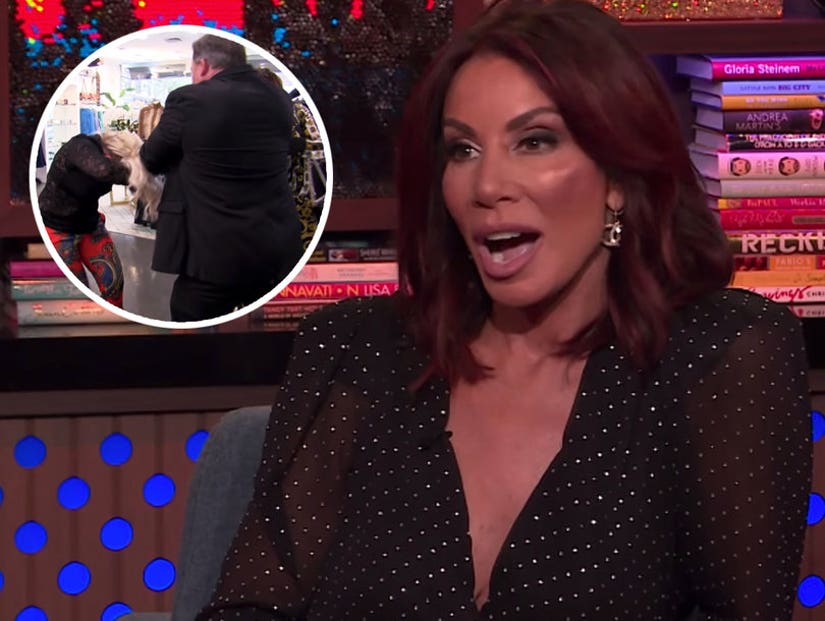 Staub was also asked about suing another cast member for pulling her hair back in Season 2.

Danielle Staub just came up with quite the defense for pulling "Real Housewives of New Jersey" costar Margaret Josephs' hair in a recent blowout confrontation on the Bravo reality series.

The two have been at each other's throats since last season, but it all escalated during a shopping trip on the January 2 episode, in a fight that ended with Danielle yanking Margaret by the hair and dragging her across the room.

Before announcing her departure from the reality show on "Watch What Happens Live" on Wednesday, Staub was asked by Andy Cohen about the confrontation and whether she would accept the "repercussions," after Danielle previously sued Jacqueline Laurita's daughter Ashlee Holmes for pulling her own hair in Season 2.

"Here's what I have to say about that, I did not provoke any of this. I have not provoked Margaret either," said Staub. "Margaret's been coming for me for two and a half years. At a certain point, something's gonna blow or someone's gonna break."

"I don't know, I might have split in half, there's something called split personalities," she continued. "I'm not sure I have one of those but I'm gonna blame it on that. I don't know what anyone else would do in that case."

When asked about the comparison to Ashlee's situation and it possibly exposing her hypocrisy, Staub said the two situations were "completely different."

"There's three women chasing me through a country club, to do what, try and shut me up so I can't speak?" she said, referencing the Ashlee incident, which you can watch in all its glory below. "Same thing that Trout Mouth was doing," she added, referring to Josephs, "Talking louder and talking over me. I said don't let them speak over me, have my back, let me speak."

At that point, Andy said, "We certainly don't condone violence," as Staub interjected, "I don't either. But I will never throw the first punch. I'll throw the last."

Elsewhere in the show, Staub also gave fans an update on her relationship with ex-husband Marty Caffrey, who was actually in the Bravo Clubhouse with her, sitting in the audience.

"We're friends and he's been very supportive of me," she explained. "The best thing that came out of all this, is the relationship between he and I -- and the people who feel entitled to have opinions about my relationships, the cast, I think they pushed us back together again in a way that we would have never been had this not happened."

"I'm proud to say he's one of my dearest friends and I treasure that," she added, saying that the two are still living together as she tries to buy him out of their home. "I have a partial deposit on the home and paying half the bills," she added.