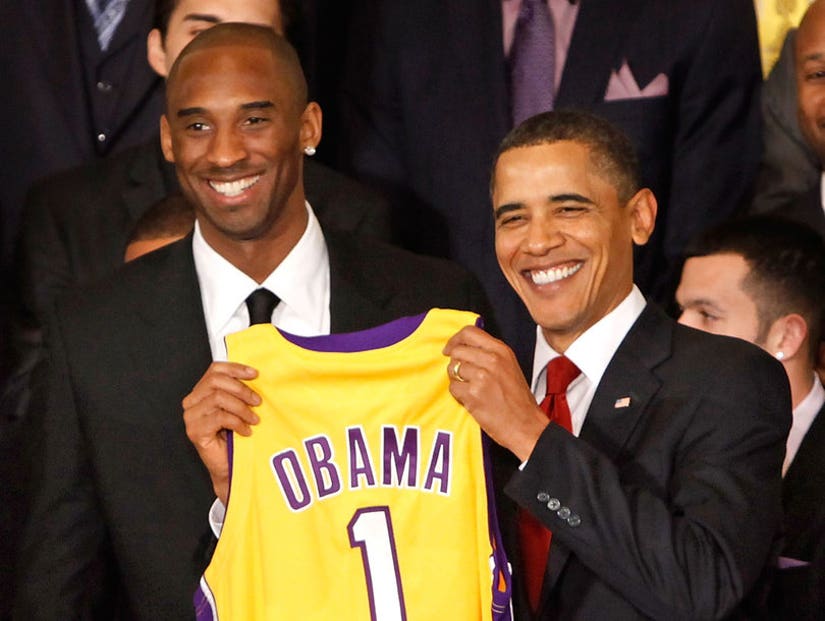 "To lose Gianna is even more heartbreaking to us as parents," wrote the former President of the United States.

Former President Barack Obama paid his condolences to Kobe Bryant's family amid the shocking news of his death on Sunday.

The NBA legend died alongside his 13-year-old daughter Gianna and reportedly seven others in a helicopter crash in Calabasas, CA, according to TMZ.

Obama took to Twitter to share his tribute to the 41-year-old L.A. Lakers veteran, as he wrote, "Kobe was a legend on the court and just getting started in what would have been just as meaningful a second act. To lose Gianna is even more heartbreaking to us as parents. Michelle and I send love and prayers to Vanessa and the entire Bryant family on an unthinkable day."

Kobe was a legend on the court and just getting started in what would have been just as meaningful a second act. To lose Gianna is even more heartbreaking to us as parents. Michelle and I send love and prayers to Vanessa and the entire Bryant family on an unthinkable day.

Bryant is survived by his wife Vanessa and the couple's three other children; Natalia, Bianca and Capri.

Obama was famous for his love of basketball, and struck up a friendship with Bryant -- considered one of the all time greats of the sport -- who often visited the White House.

The 18-time NBA All-Star went to the nation's capital in 2015 as his NBA career was waning and Obama was leaving his tenure as leader of the free world.

"He and Obama talked at length about the end of the current chapters in their lives," according to Politico.

And the love was a two-way street, as Bryant lamented the loss of the influential politician.

"He made locker rooms more politically aware," Bryant said to the publication at the time. "Conversations changed. Obviously, now with the violence we're seeing across the country, that's something athletes are understanding more and more. He was rare. We all miss him to a certain extent."

I waited for our President's tweet because he always has the right words for the tragedies that befall our nation, and this has all of us shook.

I hereby decree that every shot made in the continental United States ends with that player yelling “Kobe!” pic.twitter.com/eTslALyoQF

The same year, Bryant debuted his new Nike shoe, Kobe X Elite "Commander," which the company said was inspired by the star's close relationship with the President.

"Kobe has long looked up to the commander-in-chief, and not just because of his hoops game," Nike said in a statement. "This unique collection symbolizes the President's influence on Kobe with colors inspired by his Honolulu high school."

Tributes continue to pour in from athletes, musicians and celebrities. Bryant's teammate and long-time friend Shaquille O'Neal wrote, "There's no words to express the pain I'm going through now with this tragic and sad moment of loosing my friend, my brother, my partner in winning championships, my dude and my homie. I love you brother and you will be missed. My condolences goes out to the Bryant family and the families of the other passengers on board. IM SICK RIGHT NOW!"

Read the the love and support that is being shared online HERE.