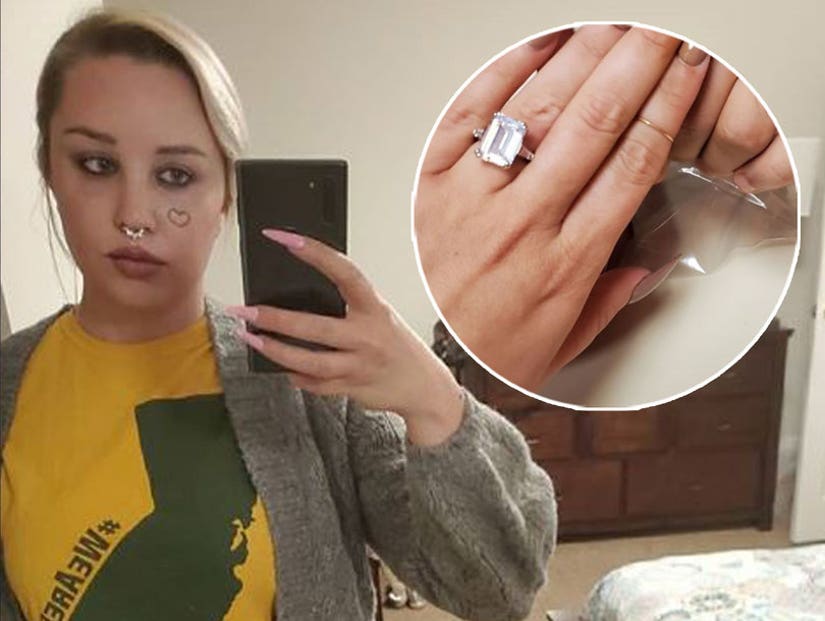 The actress shared the news with a snap of herself wearing a huge sparkler.

Amanda Bynes had a big announcement on Valentine's Day.

The actress took to Instagram on Friday to let her legion of fans know she is ready to walk down the aisle with that someone special, as she posted a snap of her hand with a huge sparkler alongside another person's hand wearing a gold band.

"Engaged to tha love of my life," the 33-year-old captioned the snap, without identifying the other person in the photograph.

Amanda's comment section was filled with messages congratulating the "She's the Man" star on the happy news.

Some of her 228k followers, however, had questions for Amanda, as one wondered why the other person in the pic was wearing what appeared to be a wedding band, asking, "Is he married already?"

Another social media user posted, "Cause a week ago you had that same ring on so just curious 🤔," in reference to a selfie Amanda shared last Saturday, where she appears to be wearing the same bauble while showing off her septum piercing and heart-shaped face tattoo.

The former child star graduated from the Fashion Institute of Design & Merchandising in June 2019 and was recently staying in a sober living facility, proving she has been turning her life around since a public breakdown in 2013.

During an interview with Paper magazine in November 2018, Amanda opened up about her personal struggles with drug addiction. 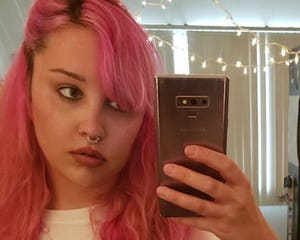 Did Amanda Bynes Just Get A Face Tattoo?

Her "What I Like About You" co-star Leslie Grossman gave an update on Amanda when she stopped by the "Busy Tonight" in December 2018.

"She's doing wonderfully. I think all of us have had tough times in our lives, and we haven't had to do it under the glare of a camera. I'm very, very proud of her. I am. She's doing great."

Congratulations to Amanda and her mystery fiance! 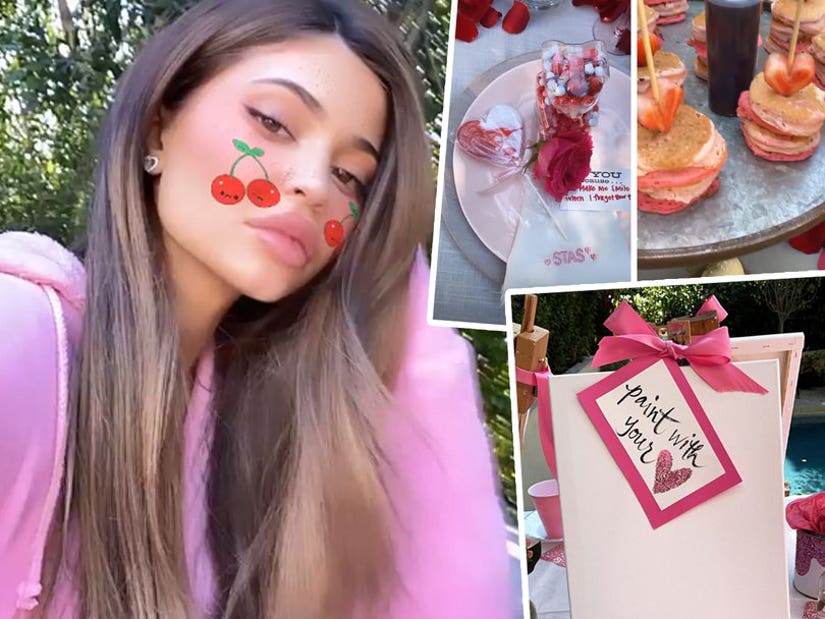