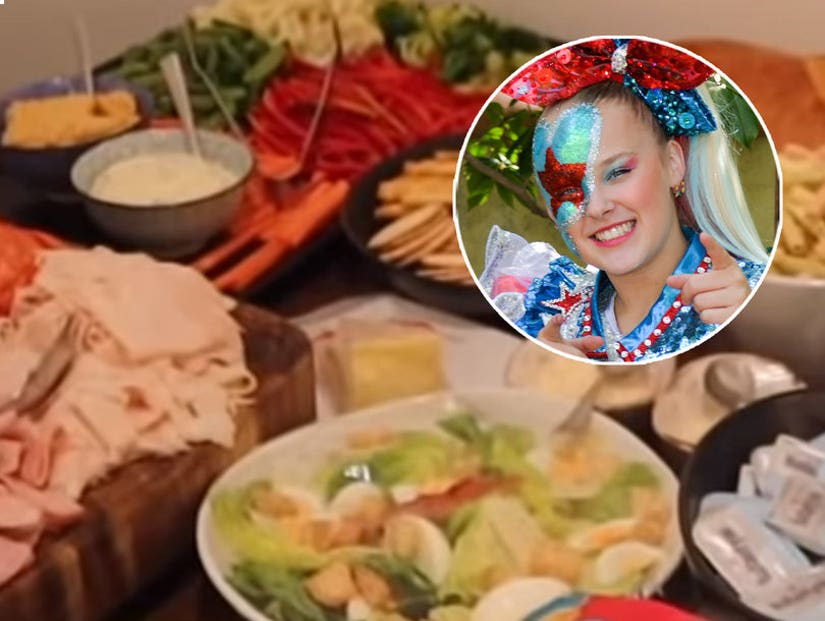 JoJo Siwa's tour rider is exactly what you might expect from a 16-year-old pop star.

Taking her fans behind the scenes of her life on tour, the YouTube sensation showed footage from her time in Australia, where she had assistants bringing her very full cups of coffee while she made sure all her outfits and accessories were as glittery as possible.

And despite the fact that the teen is reportedly worth around $10 million, she's not too rich or too famous to bedazzle her own -- well -- everything.

JoJo also showed off a large table covered in goodies courtesy of craft services, most of which she specifically asked for as part of her rider. It included a spread equipped to satisfy every craving imaginable: charcuterie boards, veggie platters, "bougie" Caesar salads, Veggie Straws, loaves of bread (multiple kinds, because of course), a bowl of marshmallows, peanut-butter-and-jelly cupcakes, several kinds of cookies, Lucky Charms and Lucky Charms Frosted Flakes, Goldfish, Ritz Crackers and all types of fruit.

Oh, and her favorite part? Six plates of a quarter chicken atop mashed potatoes and an ear of corn. 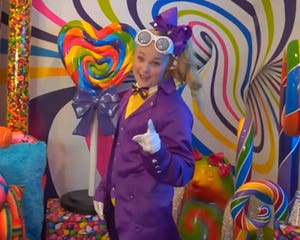 Fast-forward to after her concert, where Siwa revealed her own mom still helps her take out all her wacky hair accessories. Cute, right? She hopped off stage and right into her tour bus, which was headed to an Elton John show.

"It already started. It started at 8, so it's an hour and 15 into it, but we talked to them," she told the camera excitedly. "They're setting up seats for us on the side of the stage. It's all set up so we can go. They know we're coming, so we're good to go!" Must be nice.

After Elton's gig, JoJo made her way backstage, where she got to "nose-kiss" an actual koala and drape a giant anaconda around her neck. When in the Land Down Under, right? 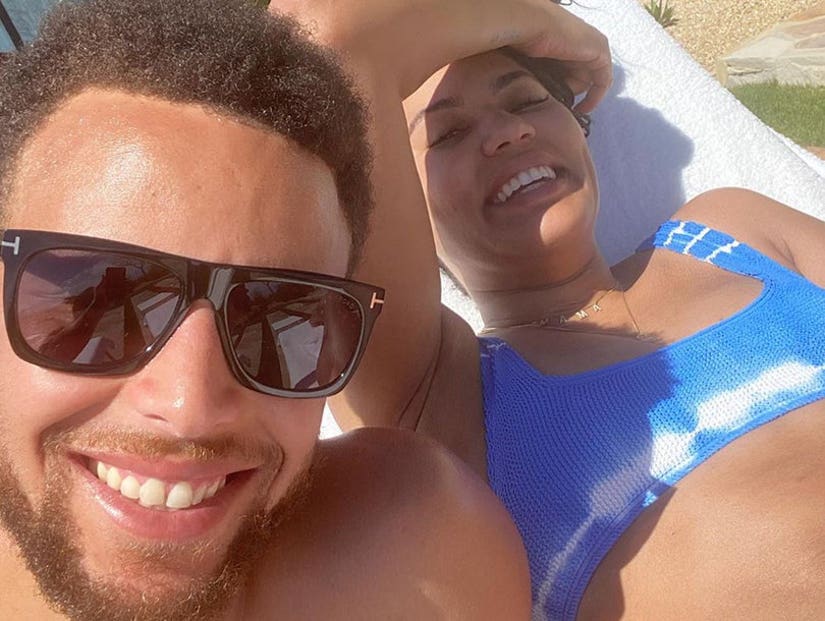