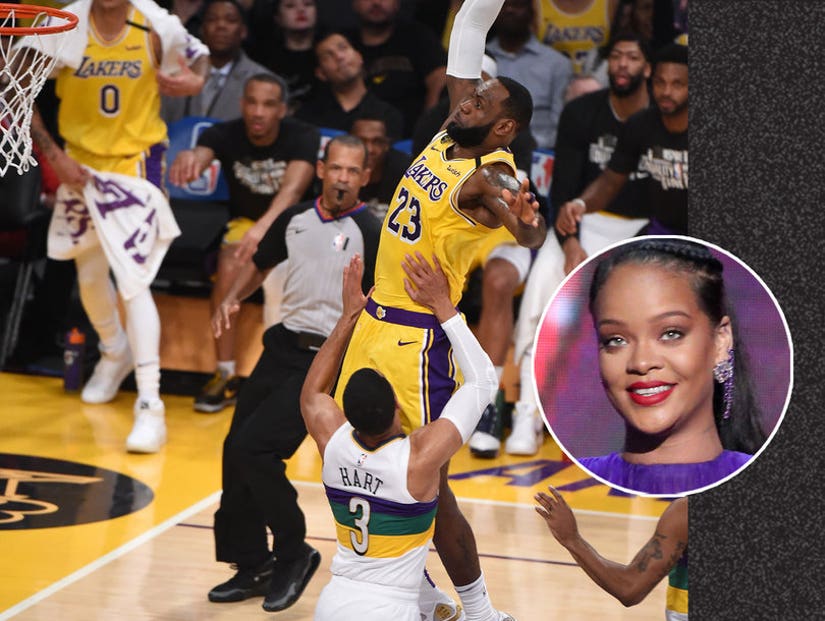 New Orleans Pelicans player Josh Hart got a face full of LeBron's crotch, and the internet got a hearty laugh.

Rihanna's admiration for LeBron James is practically a thing of legend, and she proved on trend with an epic troll on Wednesday.

The LA Lakers player shared a collection of images of his team's recent victory over the New Orleans Pelicans on Instagram, including his epic dunk over former teammate Josh Hart, where Hart got a face full of James' crotch, and the internet got a hearty laugh.

"Anybody check on Hart?” the 30-year-old international pop star posted in the comments section, adding insult to injury for Hart, who appeared to slam the Lakers organization after they traded him before the current season.

On the Lightharted Podcast in September 2019, Hart compared spending time in a "gloomy" and "depressing" Lithuania to his tenure with the Lakers.

Rihanna wasn't the only celebrity to weigh in on the sensational snap of James flying high in the air on his way to another 2 points, to Hart's dismay.

nobody ever going to contest LeBron at the rim again pic.twitter.com/mLlcpZOcNK

Oscar winner Jamie Foxx couldn't contain himself either, as he posted, "Bro!!! When I say you showed da pluck out! 17 years??? Cmon man! MVP!!! #effortless #king."

Rihanna's public displays of admiration for James goes all the way back to 2012, when she celebrated his first NBA title with the Miami Heat by posting a picture of him hugging the trophy with the caption, "Look at the KING! So proud! #priceless."

And in 2016, to honor James' victory with the Cleveland Cavaliers over Drake's fav Toronto Raptors, the "Umbrella" songstress posted a sizzling snap of herself in a bikini with James' jersey number written on her stomach with suntan lotion.

Talk about a fan girl.

Josh Hart when he has to defend LeBron in the playoffs pic.twitter.com/MGw9GiDyh2

He got dunked on and tea bagged at the same time

Josh Hart after being humiliated by Rihanna pic.twitter.com/oFSu2fitvq 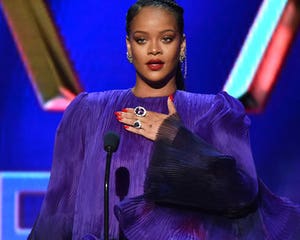