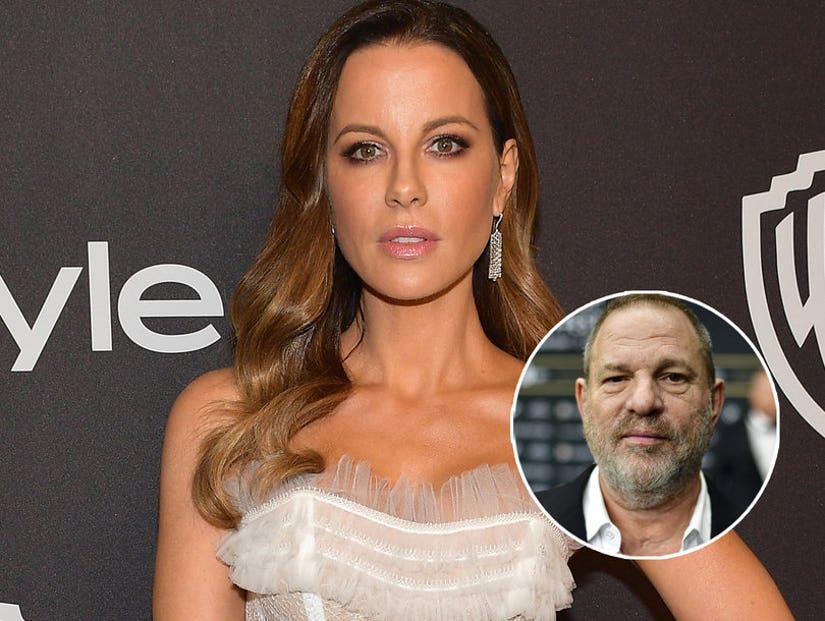 "Even on the day he is given 23 years for his crimes the response to an anecdote solely about his bullying incites this much blaming of the person bullied," Beckinsale observed in response to an onslaught of trolling comments.

Kate Beckinsale shared a detailed account of being viciously berated by Harvey Weinstein back in 2001, and fans wanted to know why she waited for so long to disclose it.

Taking to Instagram late Wednesday night -- just hours after Weinstein was sentenced to 23 years in jail for rape and sexual assault -- the actress claimed the movie producer went off on a foul-mouthed rant, calling her a "f--king stupid c-nt" for wearing a pant suit to the premiere of "Serendipity," instead of a "tight dress."

Beckinsale said she and her co-stars weren't even comfortable with the red carpet affair in New York as it was only a few weeks after 9/11, and it "felt like the most insensitive, tone deaf, disrespectful idea possible," But Harvey insisted, according to the actress, and afterwards, at his home, yelled at her, saying "I don't care - it's my f--king premiere and if I want p--sy on the red carpet that's what I get."

After Beckinsale's lengthy message was posted, the comment section was flooded with trolls who criticized her for not speaking up beforehand, as one follower asked, "Why did you wait almost 20 years and wait for him to be convicted to come forward with this info?"

The British star quickly replied that she told everyone she possibly could, and explained how the culture back then was not as supportive of women as today's #MeToo woke society.

"I think you really have to understand the climate and also the only outcome would have been more punishment of me and similar women in my position with no consequences to him," Beckinsale explained. "It's also very confusing when it's not a physical attack, you can't report it to the police and it doesn't I suppose stop you continuing your life."

"So you are left in a very odd position with no one in the industry acting as if it's an outrage, and therefore knowing that there will be no consequences," she continued. "It's really hard to be in that position especially very new to an industry where everyone is acting like it's ok. Can you understand that?" 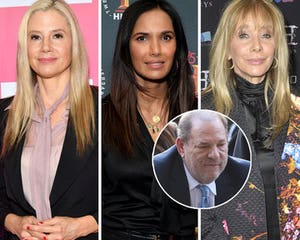 But the negative comments and questions about the timing of her post kept rolling in, and Beckinsale continued to defend her position.

"It's interesting to me how much you want me to be lying. It's a very nuanced situation, and actually he was a somewhat nuanced person," she posted. "I understand that it's confusing to you, it was immensely confusing to us all too."

One social media user really dug in by writing, "Hell you could've had a press conference and laid it all out there for the world, But you chose instead to protect your fame and fortune by staying silent which allowed him to do much worse to many more women!"

The "Pearl Harbor" star shot back, "You truly don't understand any of the dynamics or anything about this. I've tried quite hard to explain In the comments but your hatred of women is showing and it's ugly and you are part of the problem x".

Beckinsale said another reason for the wait was that she was not physically attacked by Weinstein, as she wrote, "What he did with me was not technically a crime and had nothing to do with rape."

Others pointed out that they were confused why she continued to work with the convicted rapist, as she was a part of 2004's "Aviator" directed by Martin Scorsese. 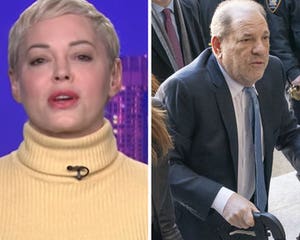 "It was a wonderful movie to be involved in," Beckinsale replied. "I felt in very safe hands with Scorcese (sic), and on movies, I'm not sure if you know, but the head of the studio is rarely on set. I knew I'd barely or never see him and there was no way he would behave like that in front of scorcese. I felt as safe as I could."

When a few followers offered praise for her coming forward, Beckinsale said the negative backlash was a tell-tale sign that there is still work to do to improve the current toxic climate.

"I think it's worth seeing how much there is left to do," she wrote. "It's upsetting to see horrible and ill informed comments."

"I have no shame or guilt about any of this and luckily I was not sexually assaulted so it did not bring its own," she continued. "I do think it is useful to see that even on the day he is given 23 years for his crimes the response to an anecdote solely about his bullying incites this much blaming of the person bullied. It's a useful barometer of let's not rest on our laurels. There's a long way to go x".

Weinstein is currently at Bellevue Hospital before his jail time begins, and he still faces charges of sexual assault and rape in separate incidents in Los Angeles.