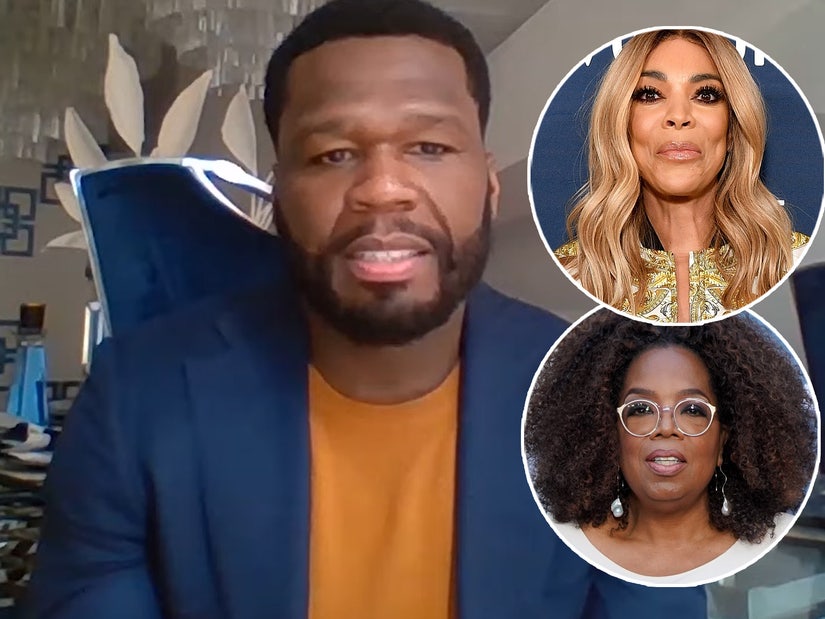 "As far as entertainment is concerned, I thought that [Harvey] Weinstein was bigger than the other guys in entertainment that we see."

50 Cent is spilling some new details about his beef with Oprah Winfrey.

While appearing on the at-home edition of "Watch What Happens Live" Tuesday night, the rapper, who was promoting his new biography "Hustle Harder, Hustle Smarter," was asked about his current relationship with Oprah after he claimed Gayle King once confronted him for "talking shit" about the TV personality.

"I'm good with both of them," 50 Cent said, before addressing his remarks about Oprah only criticizing Black men accused in the #MeToo movement. "I made a comment about not understanding why we're choosing specific people for the #MeToo stuff, the documentaries."

"The president has those accusations, and no one has a documentary on the president," he added. "And as far as entertainment is concerned, I thought that [Harvey] Weinstein was bigger than the other guys in entertainment that we see. Those other guys are just easy victims, that's all."

The "Power" star's on-again-off-again feud with Oprah was seemingly reignited in December when he called out the television personality on Instagram.

"I don't understand why Oprah is going after black men," he posted, alongside a photo of Winfrey and Russell Simmons.

"No Harvey Weinstein, no Epstein, just Michael Jackson and Russell Simmons, this s--t is sad," he continued.

Winfrey eventually pulled her support from "On the Record," the documentary about Simmons' alleged sexual misconduct.

Meanwhile, 50, who is known for his celebrity beefs, also spoke about his long-running feud with Wendy Williams, recalling what he said went down at his pool party last August. At the time, the rapper had posted a video of Wendy looking like she was denied entry into the event, causing many people to think the talk show host was thrown out.

"What's the real story behind Wendy Williams and your pool party? Did you really kick her out?," Andy asked 50, reading an email from a caller.

"No, they kinda of -- she had stayed at the front and then Snoop [Dogg] came over there to talk to her," 50 calmly replied. "Because she really came to see Snoop."

Amid their feud, Wendy was tasked with saying three nice things about 50 Cent when she appeared on "Watch What Happens Live" back in September.

"He's not a bad-looking man," she said. "I respect his hustle. And I was one of the first people to ever play his music. As a matter of fact, probably the first, on a cassette on the radio where I got suspended for two weeks without pay 'cause I used to be a renegade like that. If I liked it, I'd take it right off the block." 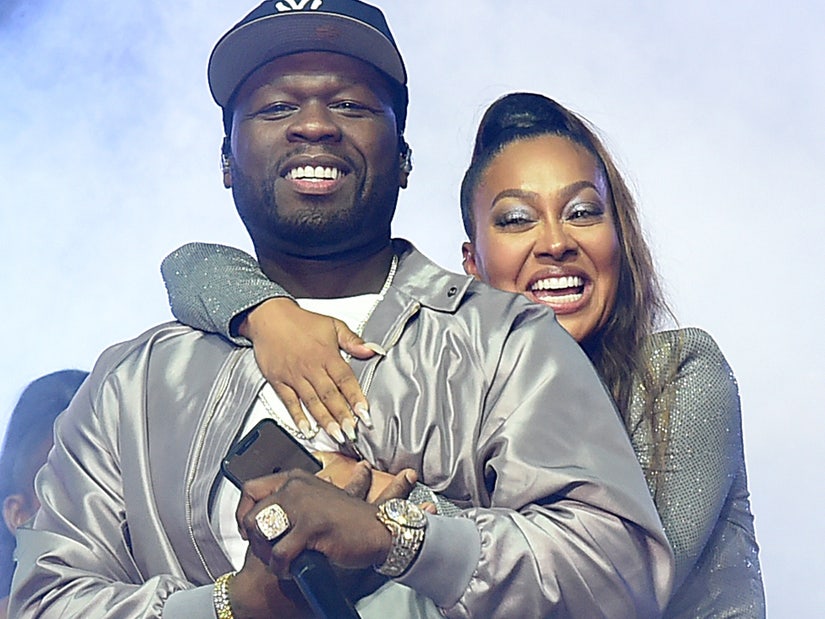