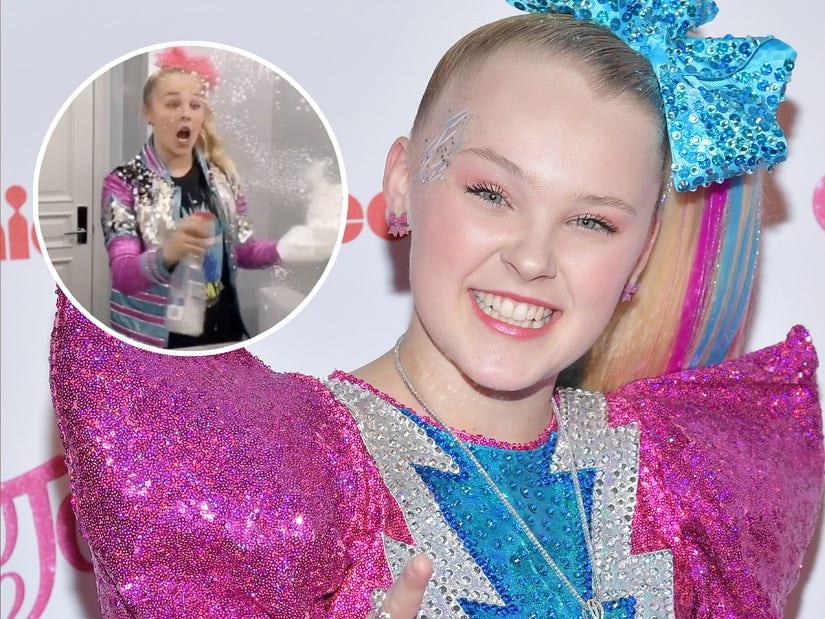 The Nickelodeon star celebrates her birthday eve with a "wipe" TikTok video where she sheds her classic look for a more relaxed and natural style and Twitter simply cannot handle it.

This isn't the first time JoJo Siwa has let her hair down in recent weeks, but the "wipe" video she shared to her TikTok on the eve of her 17th birthday has many fans speculating that the kid star is teasing a less technicolor future.

Many are saying this is an indication that perhaps JoJo's time with Nickelodeon may be coming to an end. The former "Dance Moms" star signed with the brand back in 2017 and has since spawned a branding empire. 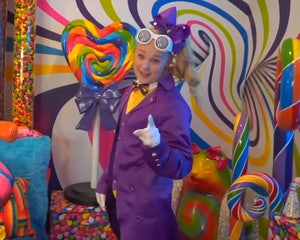 Throughout, she has maintained her signature look and energetic style, including the high ponytail, massive bow, rainbow-colored sparkles in everything she wears and an energy level that can only be described as a sugar high on a sugar high.

She even brought all of that signature swagger to "The Masked Singer" this past season, though everyone immediately knew that it was her.

In this new short clip, which has been viewed nearly 14 million times on her TikTok page, JoJo is seen cleaning a mirror in her signature look before wiping the glass and transforming into a more typical looking teenage girl, with her hair down in a casual t-shirt.

The video is part of a "wipe" trend on the social media platform where people experience instant and dramatic transformations, but JoJo's caption emphasizing that tomorrow is her birthday has many speculating that this is indicative of the direction she's going with her career once she turns 17.

If so, it's a challenging road well trod by many who've come before her, including Britney Spears, Christina Aguilera, Miley Cyrus, Demi Lovato, Ariana Grande and Selena Gomez. While all can arguably be said to have come out well, it was definitely a rocky road for several to get to adulthood. 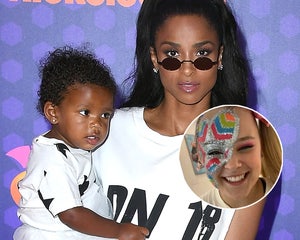 As JoJo's name blew up on Twitter over this video, fans began to speculate about what it might mean, with some joking -- or fretting -- that she may be heading down the more salacious path some of her predecessors have gone.

Still others have bizarrely decided that this video has lesbian undertones, which created a strange online debate. In other words, there were reactions all over the place about a simple style shift -- albeit a dramatic one -- to the point JoJo Siwa was trending in the Top 10 on Twitter deep into the night.

You can see some of the interesting -- and odd -- reactions to her video below. And with her birthday coming on Tuesday, maybe we'll all find out what, if anything, it all means: 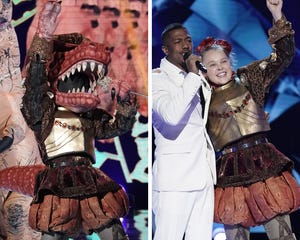 Jojo Siwa's contract ends soon and shes finally loosening up, and i can get behind it pic.twitter.com/bGg2tYBgYT

WHEN JOJO SIWA DYES HER HAIR DARK BROWN AND GETS A MIDDLE PART AND REGULARLY DRESSES LIKE A NORMAL TEENAGER ONCE HER CONTRACT ENDS>>> pic.twitter.com/OGkYCoGV67

in three years jojo siwa is gonna look like ruby rose and come out as a butch lesbian mark my words pic.twitter.com/grmqPziMGs

When Jojo Siwa posts a Tik Tok Of here letting her hair down and people assume she’s a lesbian?? Twitter wtf pic.twitter.com/cAjppA6jI6

I don’t think letting her hair down can make Jojo Siwa a lesbian, but go off twitter pic.twitter.com/ru2t2LtSLk

Dear God tell me it isn’t true that jojo siwa contract is nearing its end😳 the only thing holding society intact is about to come down 😰 pic.twitter.com/ITyfKhsLAQ

Who knew one Tik Tok could make everyone think Jojo Siwa is a lesbian pic.twitter.com/aMMpi7qKt3

Jojo siwa finally is realeased from her contract tomorrow, that means another kid star that will have a breakdown 👹 pic.twitter.com/SkuzsXGBwK

jojo siwa the moment her contract expires and she can live her unhinged miley cyrus phase pic.twitter.com/cep6GSk4AQ

Jojo Siwa knowing how powerful she’ll be after her contract is over pic.twitter.com/mG68MFm4Sx