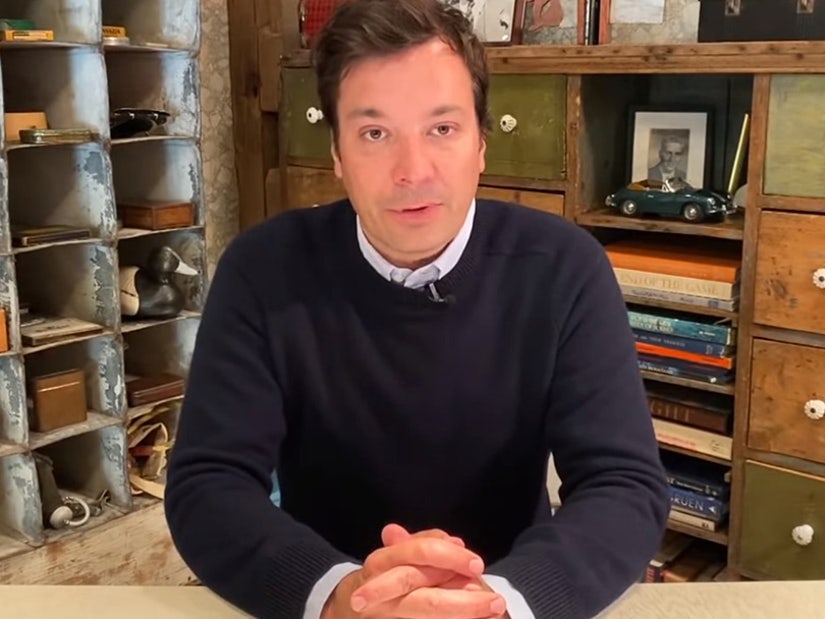 "I took it for a minute, I took the advice," Fallon admits. "You're right, I’m going to say something to get myself into even more trouble. I'm gonna make this worse. I don't know what to do."

In the wake of the killing of George Floyd on May 25 and the ongoing protests about systemic racism in the United States, old video clips of Jimmy Fallon in blackface as Chris Rock on "Saturday Night Live" resurfaced, with many on social media calling for the comedian and his show to be canceled.

While Fallon apologized via tweet last Tuesday, "The Tonight Show" was off the air for the Memorial Day holiday all last week. In that time the protests have grown into a global movement that has dominated the public consciousness and the news cycle. 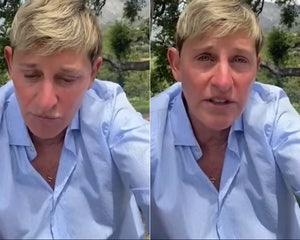 It might be easy to imagine Fallon attempting to simply brush his blackface incident back under the rug (they've resurfaced before) amid these other more pressing concerns. And yet, that's why he felt this time that was exactly what he shouldn't do.

In fact, he pointedly went against the advice of some of those around him by not only addressing it in last week's tweet, but by kicking off his return show with a very genuine and heartfelt apology and totally reshaping "The Tonight Show" after it.

Gone were the silly games and light chatter with celebrities. His first guest, who came on shortly after Fallon addressed his own problematic past with racial insensitivity, was the president of the NAACP, Derrick Johnson who helped him face his own past and talk about what he and other white people should be doing now.

Fallon isn't shying away from the mistakes he's made and he's not going to remain silent because, as he said, "I realized that the silence is the biggest crime that white guys like me and the rest of us are doing, staying silent. We need to say something. We need to keep saying something."

That video remains on the internet, though, and it's not going to go away, no matter how much advice he receives to lay low and wait for it to fade from the public discourse again. Powerfully, Fallon not only acknowledged that he'd received that advice again, but that he actually planned to follow it.

"I took it for a minute, I took the advice," he admitted. "You're right, I'm going to say something to get myself into even more trouble. I'm gonna make this worse. I don't know what to do." 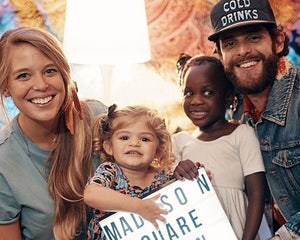 But then he realized that not saying anything was the something that was going to make this worse. "I realized that I can't not say, I'm horrified and I'm sorry and I'm embarrassed. And what that small gesture did for me was break my own silence."

It's a powerful thing to break your own silence, and an important one. For Fallon, it meant coming face to face with something from his own life that he's deeply shameful of. But it's not something he can undo or sweep under the rug. It happened and the evidence will forever be there to remind him.

"I realized I needed to get educated about how to stop the silence and the fear of saying the wrong thing by not being silent, and stepping out and stepping up," he said, admitting at the same time, "I don't know how to do it. I'm clearly just a late-night talk show host and I've screwed up already."

He then devoted the rest of his first segment to a meaningful conversation with Johnson, followed by an equally passionate discussion with CNN host Don Lemon, who famously called out celebrities for not getting out of their mansions and doing more during the ongoing protests, and diversity trainer Jane Elliott. 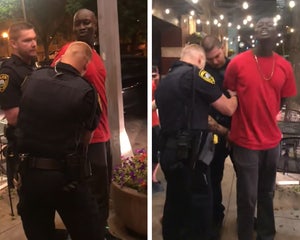 Elliott introduced him to her powerful "blue eyes/brown eyes" exercise where she divides people (white people in particular) by eye color and then explains to them, for example, how brown-eyed people are smarter because blue eyes let in too much sunlight, killing brain cells.

For 50 years, she's been forcing people to examine prejudices based on things over which you have no control to try and give the privileged a better understanding of what exactly racism is and how it impacts people. Hers is a powerful story.

Fallon has promised to continue his learning very publicly through his show with more guests lined up this week to shed light on some of the deep issues that have plagued this country since its inception and how to actively do something about it.

You can check out his talks with Lemon and Elliott below: