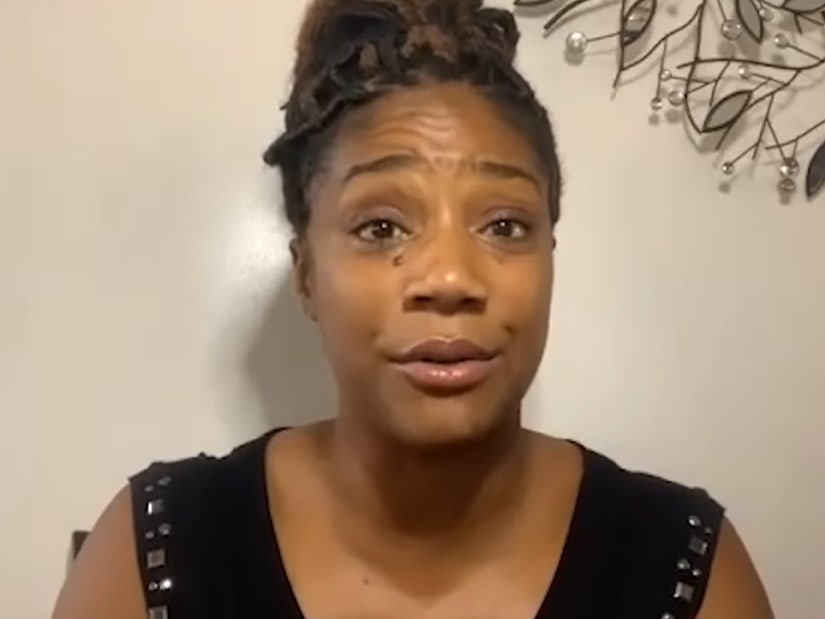 Tiffany Haddish was fighting back tears as she spoke about her friends she said she lost to police violence.

During her virtual interview on Tuesday's episode of "Late Night With Seth Meyers," the comedian, 40, recalled the incidents while discussing her attendance at the memorial for George Floyd, the 46-year-old Black man who died while a white police officer kneeled on his neck for nearly 9 minutes in Minneapolis, Minnesota on May 25.

"The thing that made me really want to be there was -- I have watched friends be slaughtered by police," she told host Seth Meyers. "I have watched people be murdered in front of me as a 13-year-old, 14-year-old girl."

"And there was nothing I can do except, 'No! Don't do that!' Just yelling out. What does that do? And so, I wanted to be there in support of the family 'cause I understand how they feel," she continued. "And being there was like being there for all my friends whose funerals I already went to."

The "Girls Trip" star went on to say she couldn't help but get emotional at Floyd's service.

"I was crying so much, and it was like tears of, not just for Floyd, but for all of those people that passed away and all of my friends and my family members that are locked up," she explained. "It was like all the tears that I ever wanted to cry were coming out."

She was also overcome with emotion when the service asked attendees to kneel for eight minutes and 46 seconds -- the amount of time Derek Chauvin kneeled on Floyd's neck during the arrest.

"When they had that moment of silence -- that eight minutes and 46 seconds of silence on that stage -- and I'm standing there, next to one of the mothers of a victim, and the quietness and then the thought of what if someone's knee was in my neck for this long?" she explained. "How helpless were my friends when they were being attacked, you know?"

"The pain, the amount of pain that I felt was tremendous."

Haddish also addressed the backlash she received after Rev. Al Sharpton mentioned her name in his eulogy at the memorial as social media users thought she attended for "shout outs" and "clout."