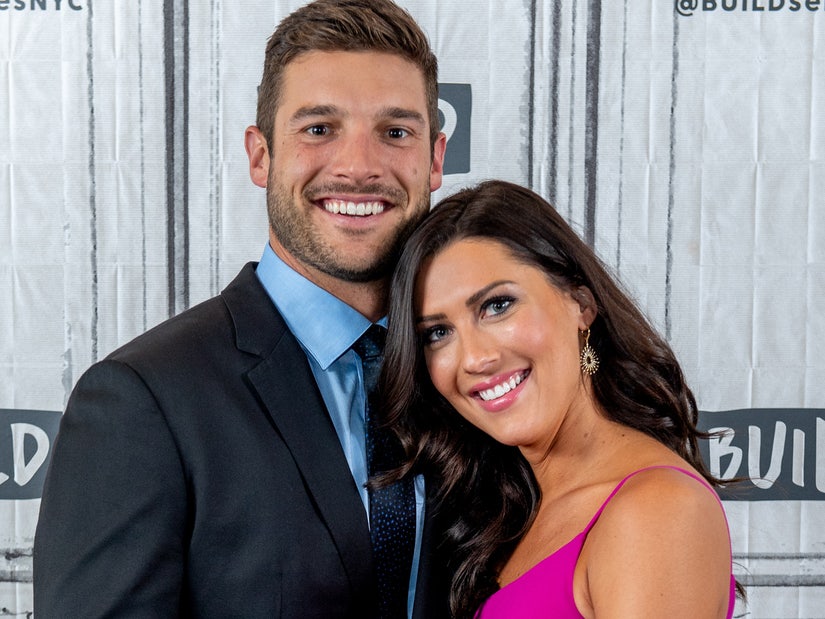 "For those who are curious about my relationship with Garrett at this point, all I can say right now is I don't know."

Becca Kufrin says the future of her relationship with fiancé Garrett Yrigoyen is unclear.

Speaking with fellow Bachelorette Rachel Lindsay on Tuesday's episode of their "Bachelor Happy Hour" podcast, Kufrin opened up about where she stands with Yrigoyen after he came out with a pro-cop post amid the ongoing protests against racial injustice and police brutality. 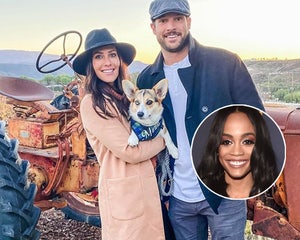 While "The Bachelorette" star, who got engaged to Yrigoyen on the ABC reality series in 2018, previously admitted that she doesn't share her fiancé's stance on the issue, she says they are trying to "work through" their differences.

"I want to say to our listeners out there -- because I'm sure many will hear this back and wonder and ask and have opinions -- for those who are curious about my relationship with Garrett at this point, all I can say right now is I don't know," Kufrin told Lindsay, 35, and their listeners.

"I can't give anything more than that," she continued. "It's something that we are trying to work through and discuss and do work on at home at this time and that's where the work will remain and that's really the best I can give you at this point."

As people take to the streets to protest, Yrigoyen came under fire earlier this month after he posted a photo of "Thin Blue Line," a symbol that signifies support for police officers.

During last week's episode of their podcast, Kufrin and Lindsay -- who is the first and only woman of color to be the Bachelorette -- had an intense discussion about race and diversity in America. Though Kufrin stressed that her views "don't align with" Yrigoyen's, she still appeared to defend him, causing Lindsay to become emotional as she explained how Yrigoyen's post affected her.

And on Tuesday's podcast, Kufrin issued an apology to her co-host, admitting that she should have put more "more care and thoughtfulness" to their conversation.

"I wanted to share this... to give a little bit more context and to give you, Rachel, my apology," she told Lindsay, "and to really throw my voice and hat in the ring to say things need to change within the franchise and within myself as well."

"I fell short because this conversation truly deserved my complete undivided attention," Kufrin continued. "It deserved much more care and thoughtfulness on my end and you delivered all of that and more and I did not. When we recorded the podcast, it was also 18 hours after Garrett's social media post. I was dealing with trying to first wrap around my head that and also dealing with discord within my relationship and what it was causing between my family."

"In that moment, it felt like the reservoir in my brain had reached a maximum and as a human being, I couldn't process everything at once," Kufrin added. "I don't want this to be an excuse to justify my behavior but rather to give some context."

"Now Garrett, that's a different situation," Lindsay added. "I don't f--k with Garrett. I don't need to. But you and I have a different relationship and so I appreciate everything that you just said."