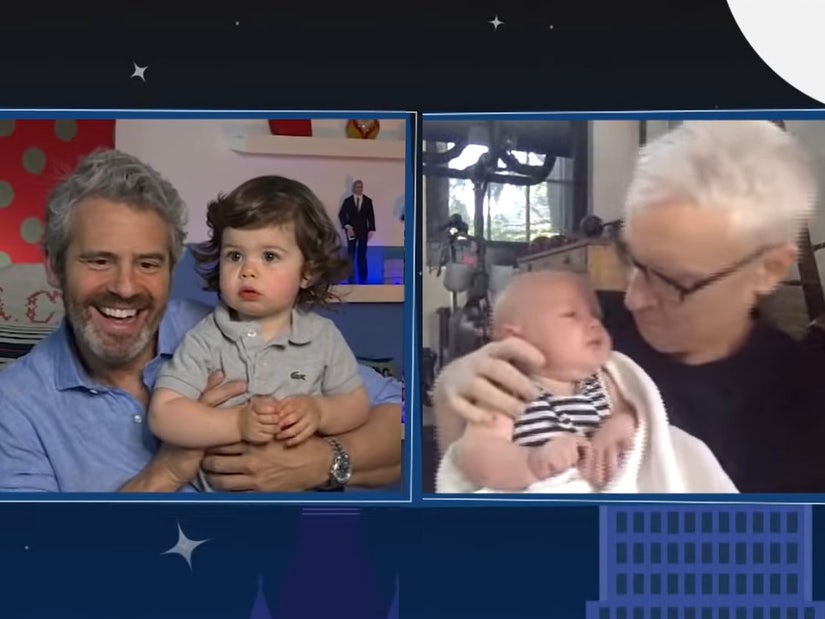 "That's gonna be your good buddy and we're gonna travel together," Cohen told his son.

BFFs Andy Cohen and Anderson Cooper celebrated Father's Day by introducing their sons to each other for the first time.

"I thought it would be fun if they met right now," Cohen said before telling Benjamin, "Look, that's gonna be your good buddy Wyatt."

"Wyatt looks like a mini you, Anderson," the late-night host added as Cooper held his newborn to the camera.

Cohen then explained to Benjamin how he's going to have a close friendship with Wyatt, just like he does with Cooper.

"That's gonna be your good buddy and we're gonna travel together," Cohen told Benjamin. "And if you like him half as much as I like his daddy, you're gonna be great friends."

Cooper, who welcomed baby Wyatt via surrogate in April, again put his son up to the screen, showing off his eyes that are identical to his father's.

"He's got those eyes!" Cohen gushed. "He got those peepers, Anderson!" 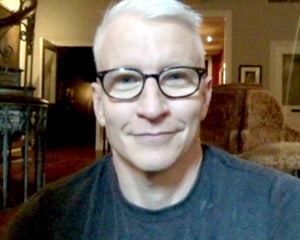 Anderson Cooper Wishes He Came Out Sooner: 'It Makes a Difference'

Later in the show, Cooper was asked how he thinks he and Cohen's parenting styles will differ.

When Cohen asked his CNN New Year's Eve show co-host if he plans to teach Wyatt about news and politics, Cooper replied, "I think I'm more interested in sort of letting him follow whatever he's interested in doing."

He added, "I mean I guess you present opportunities to them -- but a lot of it feels like formed, they're already formed in some way, so watch them kind of figuring it out what it is they're interested in."

Although the CNN anchor said he hasn't really been able to see Wyatt's personality yet, he said the 2-month-old "seems very focused."

Back in April, Cooper announced the baby's arrival to the world, revealing Wyatt was named after his own father, who died when Cooper was 10. He also said Wyatt's middle name, Morgan, comes from a family name on his mom's side.

In the touching Instagram post, below, Cooper added how he wished his parents and late brother were alive to meet Wyatt.

"I like to believe they can see him," he wrote. "I imagine them all together, arms around each other, smiling and laughing, happy to know that their love is alive in me and in Wyatt, and that our family continues."

Cooper shares Wyatt with his ex-partner, Benjamini Maisani. Although they are no longer in a relationship, Cooper said the two plan to raise Wyatt together.

While appearing on Howard Stern's radio show last month, Cooper explained that decision in more detail after the host asked why he didn't want a "clean break" from his boyfriend of 10 years.

"I don't really have a family, and so my friends become my family. And this is somebody that I was involved with for 10 years, he's a great guy," he said. "We didn't work out as a couple... but when I was a little kid, it was just my mom and my brother. But it was my mom and she was not the most parental person and I wished some adult, after my dad died, had stepped in and been like, I'll take you to a ballgame or I'll take you out to lunch."

"No one ever did that, so I thought, if something happens to me or even if something doesn't happen to me, if more people love my son and are in his life, I'm all for that," he continued, saying that his ex is "a great guy."

"I think it's good to have two parents, if you can," added Cooper, saying Wyatt will call Anderson "Dad" or "Daddy," and Benjamin -- who's French -- "Papa." 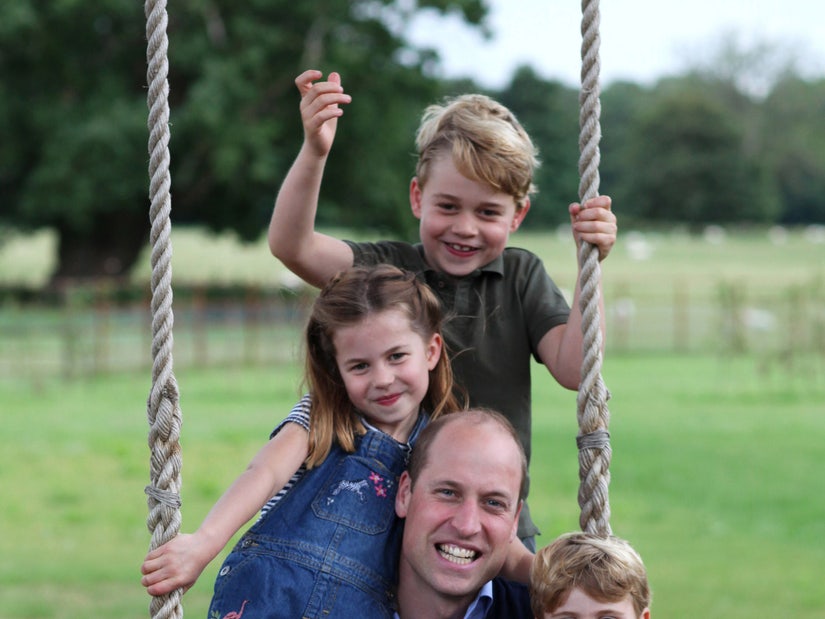