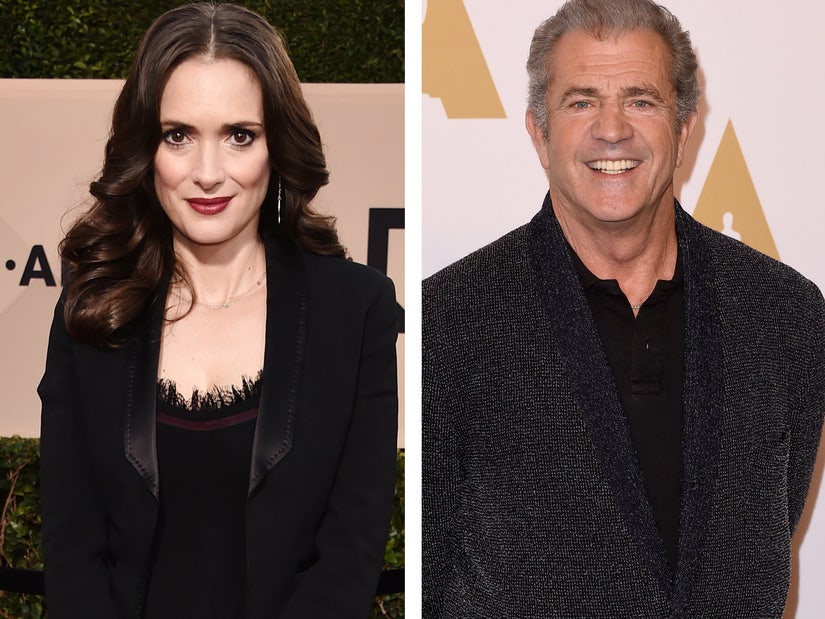 Ryder also recalls how Keanu Reeves and Anthony Hopkins refused to berate her on the set of "Dracula," despite Francis Ford Coppola's direction.

In a statement, Winona Ryder tells TooFab: "I believe in redemption and forgiveness and hope that Mr. Gibson has found a healthy way to deal with his demons, but I am not one of them."

"Around 1996, my friend Kevyn Aucoin and I were on the receiving end of his hateful words," she continued. "It is a painful and vivid memory for me. Only by accepting responsibility for our behavior in this life, can we make amends and truly respect each other, and I wish him well on this lifelong journey."

Mel Gibson's rep tells TooFab: "This is 100% untrue. She lied about it over a decade ago, when she talked to the press, and she’s lying about it now. Also, she lied about him trying to apologize to her back then.  He did reach out to her, many years ago, to confront her about her lies and she refused to address it with him."

Winona Ryder opened up about her experience with anti-Semitism in Hollywood, resurfacing an alleged encounter with Mel Gibson in which he called her an "oven dodger."

Earlier this year, the "Stranger Things" star appeared in HBO's "The Plot Against America," an adaptation of Philip Roth's alternate history book of the same name in which anti-Jewish sentiment takes over America. Because of the series' subject matter, Ryder was asked about her own experience with hate in Hollywood during an interview with The Sunday Times. 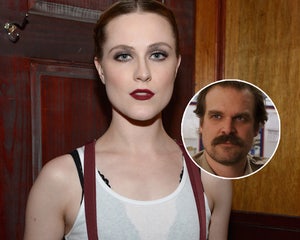 "I have [experienced anti-Semitism] … in interesting ways," she explained. "There are times when people have said, 'Wait, you're Jewish? But you're so pretty!' There was a movie that I was up for a long time ago, it was a period piece, and the studio head, who was Jewish, said I looked 'too Jewish' to be in a blue-blooded family."

She then shared her Gibson story.

"We were at a crowded party with one of my good friends, and Mel Gibson was smoking a cigar, and we're all talking and he said to my friend, who's gay, 'Oh wait, am I gonna get AIDS?'" she claimed. "And then something came up about Jews, and he said, 'You're not an oven dodger, are you?'"

The reporter noted Ryder shook her head "incredulously" while telling the story, adding that he "tried" to apologize at a later date.

Ryder first made similar claims in 2010 while speaking with GQ. At the time she said the incident happened around 15 years earlier, Gibson was "really drunk" at the time and "no one believed" her. The actor -- who famously made anti-Semitic remarks during an arrest in 2006 -- made no comment at the time. 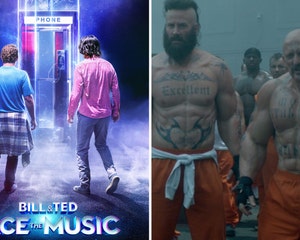 Be Excellent to Each Other: First Trailer for Bill & Ted Sequel Is Here!

During the interview with The Times, Ryder also spoke about another anecdote from her career -- in which she claimed "Dracula" director Francis Ford Coppola repeatedly shouted "You whore! You Whore!" at her off-camera while she was filming an emotional scene.

"To put it in context I'm supposed to be crying," she explained. "Literally, Richard E Grant, Anthony Hopkins, Keanu [Reeves] … Francis was trying to get all of them to yell things that would make me cry. But Keanu wouldn't, Anthony wouldn't."

"The more it happened, I was like [she crosses her arms like a sulky teenager and frowns] … It just didn't work," added the actress, who was just 20 at the time of filming. "I was, like, really? It kind of did the opposite. Me and Francis are good now."

"The Plot Against America" aired earlier this year on HBO. It's currently available on HBO Max.