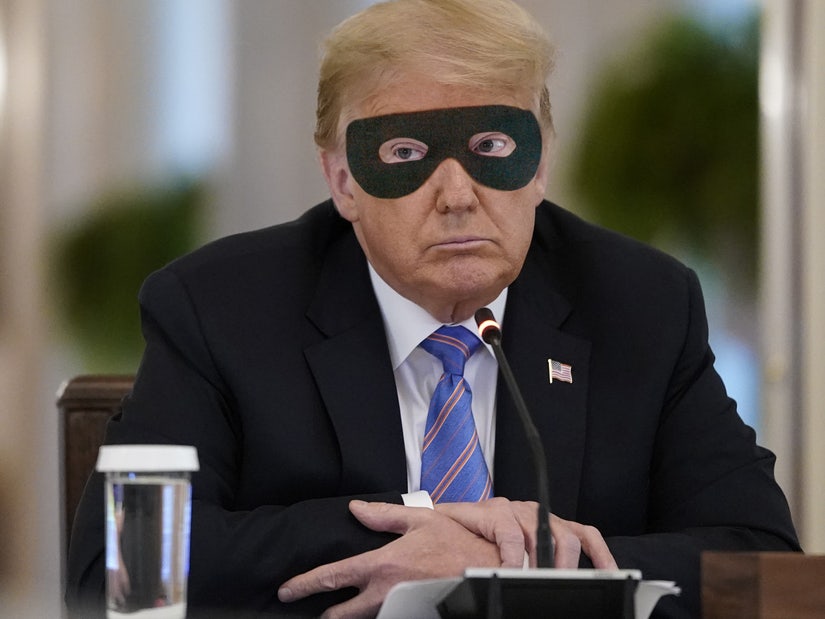 Donald Trump FINALLY kinda sorta agreed to wear a mask this week — but only because it makes him look cool.

Having resisted wearing one — despite the CDC guidelines — since the very start of the coronavirus pandemic, the President finally relented a little bit on Wednesday, after musing it makes him "look like the Lone Ranger".

"I had a mask on. I sort of liked the way I looked. OK. I thought it was OK. It was a dark black mask, and I thought it looked OK," he told Fox Business News in an interview.

"It looked like the Lone Ranger. I have no problem with that, and if people feel good about it, they should do it."

There was a problem though: the fictional Texas Ranger hero of the old West wore a mask over his eyes, which was great for hiding his identity against baddies... but not so good against Covid.

Trump finally wore a mask the other day & said he felt like the #LoneRanger. But the Lone Ranger's mask had two eye holes in it, while Trump's mask had only one asshole in it.

The Lone Ranger had a mask over his eyes. https://t.co/mUc2MgdlkC

Trump is softening his stance on masks, saying that wearing one makes him look like the Lone Ranger.

Who’s gonna tell him how to actually wear one?

Armie Hammer, who actually played the Lone Ranger, got in on the zingers, while Bette Midler's NSFW barb quickly amassed over 25k likes.

The photoshoppers weren't far behind.

the lone ranger’s mask is covering his eyes! pic.twitter.com/6HO7ZApgY6

“I mean, I’d have no problem. Actually, I had a mask on, I sort of liked the way I looked,” Trump said, adding that he thought he looked like the “Lone Ranger.” pic.twitter.com/ux8o6Ui9tB

"I'm all for masks. I think masks are good," the President insisted in the interview. "People have seen me wearing one."

"If I were in a tight situation with people, I would absolutely."

While other world leaders regularly wear facemasks to set an example, Trump has claimed he only wears one off camera, because he doesn't want to give the press the pleasure of seeing him relent.

He has also criticized his election opponent-in-waiting Joe Biden for wearing one in public. 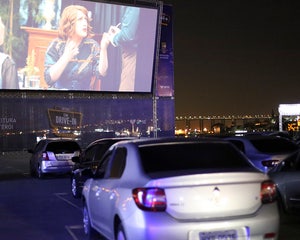