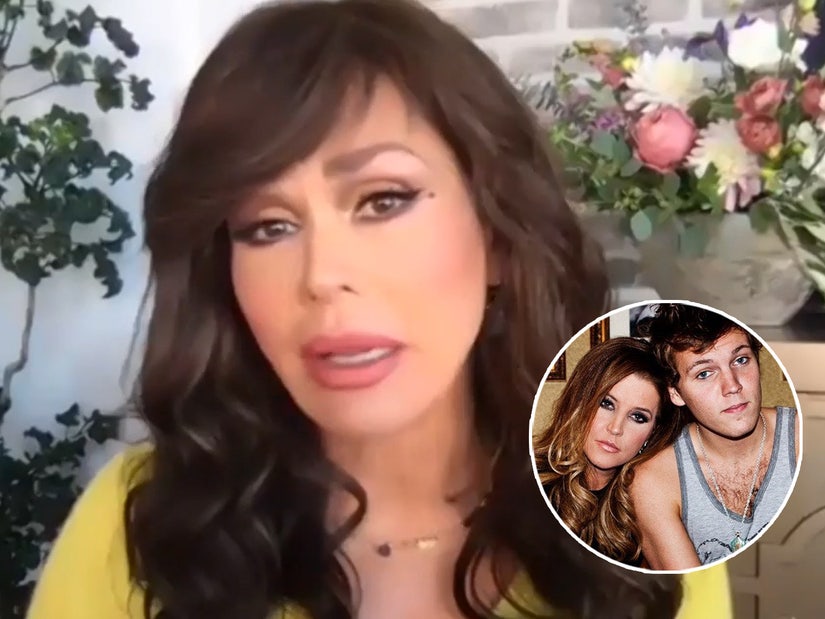 During Monday's virtual episode of "The Talk," Osmond let her co-hosts know that the news of Keough's death over the weekend was especially hard to hear as she lost her own son, Michael, to suicide in 2010.

"It's very close to home for me," the singer, 60, explained as she began to tear up. "When I heard the news, I just sat back and I relived it all again. I know exactly what she's going through. And it brought back all those feelings of the first time I saw him."

Keough died at the age of 27 from a reported self-inflicted gun shot wound on Sunday morning, according to TMZ.

"That realization, especially for Lisa -- I mean, it's her baby, her boy, you know," Osmond continued. "And I know the grieving she has to be going through. It's really difficult."

"This is my opinion and something that I would suggest for anybody who goes through something like this -- that the hardship is devastating on you as a mother, but I would be aware of those around you -- she has other children, and I listened to that statement, she's helping those kids."

Presley is also mother to daughter Riley Keough, 31, and twin daughters, Harper and Finley, 11, whom she shares with ex-husband Michael Lockwood.

"That's the best thing she can do right now is to be there for them because she may have lost a son, but they lost their own brother," Osmond added. "My deepest love and compassion goes out to her and her family right now."

Presley's manager told TMZ on Sunday, "She is completely heartbroken, inconsolable and beyond devastated but trying to stay strong for her 11 year old twins and her oldest daughter Riley. She adored that boy. He was the love of her life."

In September of 2019, Osmond opened up about Michael's suicide at the age of 18, saying the pain of loss never goes away.

"I don't think you're ever through it," the performer told "CBS This Morning." "I think God gives you respites. And then all of the sudden it will hit you like the day it did. The ripple effect is so huge, what you leave behind."