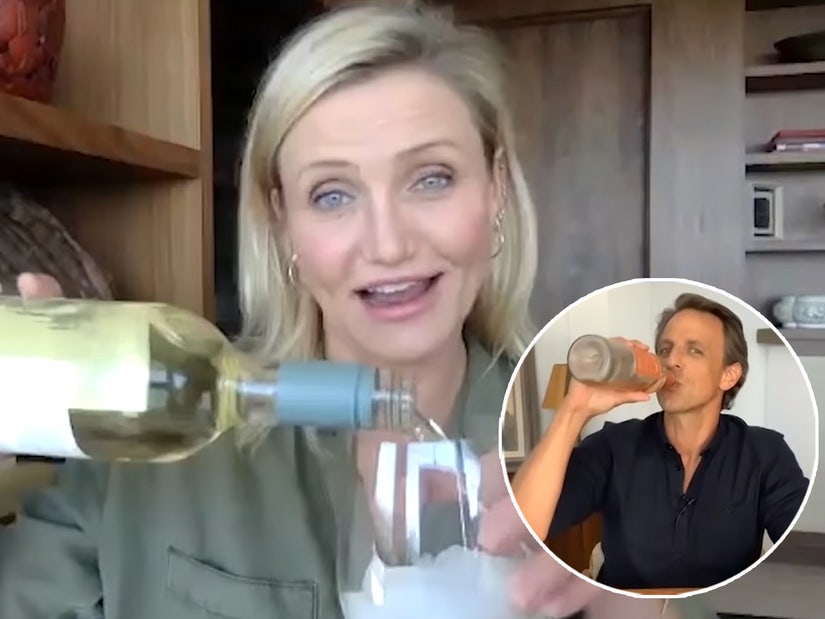 Seth Meyers chugs her new wine brand as they have a virtual happy hour together.

While the coronavirus lockdown has seen many celebrities retreat from the spotlight, Cameron Diaz has been doing the exact opposite.

After a few appearances on Instagram earlier this year, the reclusive and semi-retired actress has since followed up her social media resurgence with multiple Instagram Lives, the launch of a new wine brand and, now, her second late-night interview in a week.

Following her interview with Jimmy Fallon last week, Diaz popped up on "Late Night with Seth Meyers" on Tuesday -- where she opened up about being a mom in quarantine, husband Benji Madden and her relationship with sister-in-law Nicole Richie, all while she and Seth drank some of her just-launched wine brand, Avaline.

Meyers began by asking what it's like to spend this "forced time away from the world" with her newborn daughter, Raddix.

"Before, my baby was an excuse to stay home, now I don't have to make that excuse," said Diaz. "It's just what it is. I get to be with her."

"The best part of it for having to stay within our little bubble for this COVID situation is that her dad, my husband Benji, he gets to be home," she continued. "He works from home. So he gets to be with her as much as I do -- well, not as much because he's working all day long -- but he actually gets to come out of a meeting and give her a kiss and play with her for a little bit, where if he was going to the office every day, he wouldn't have been able to do that."

"So we're just having a lot of gratitude for that," she added, before calling the entire coronavirus situation "pretty wild." 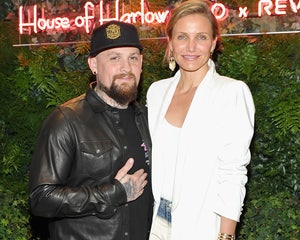 Meyers then revealed his producers had sent over some bottles of her wine to their house, but he didn't realize it was for the interview -- so he and his wife just drank it. He then pulled out a nearly-empty bottle of rosé and continued to drink it from the bottle.

"Instead of faking that I'm going to drink it, I already drank it," he said, as Diaz poured herself a glass too. He then promised to finish the bottle by the end of the interview.

Of the wine, Diaz said she met her business partner Katherine Power through her sister-in-law and the two decided to make an organic brand.

"We went through all the names that we could. What we found was that every single name -- one word, two words, three words, four words that we could string together in any different way -- was already taken as a vineyard or a wine because there are so many wines," she explained. "So we went to baby naming sites and Avaline just looked beautiful as written. The meaning, which is sensitive, humble and lively, really felt like it embodied what we wanted our brand to sort of be." 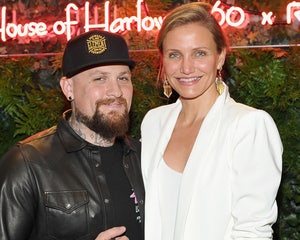 Meyers circled back to Richie by saying she was also recently a guest on his show and asked Diaz to verify whether she actually has a green thumb, which she claimed when she appeared.

"We're five houses away from each other, she has a beautiful garden," said Diaz. "Her morning routine is in the garden and I get to benefit from that. And she has her chickens, her chickens are hilarious. We love chickens, they're a lot of fun."

When Meyers joked, "I can't think of a better afternoon than drinking Cameron's wine and watching Nicole's chickens run about," Diaz said that's their "summer vibe."

With the interview ending but the bottle still not totally empty, Meyers then chugged the rest of the rosé before sending his guest on her way.