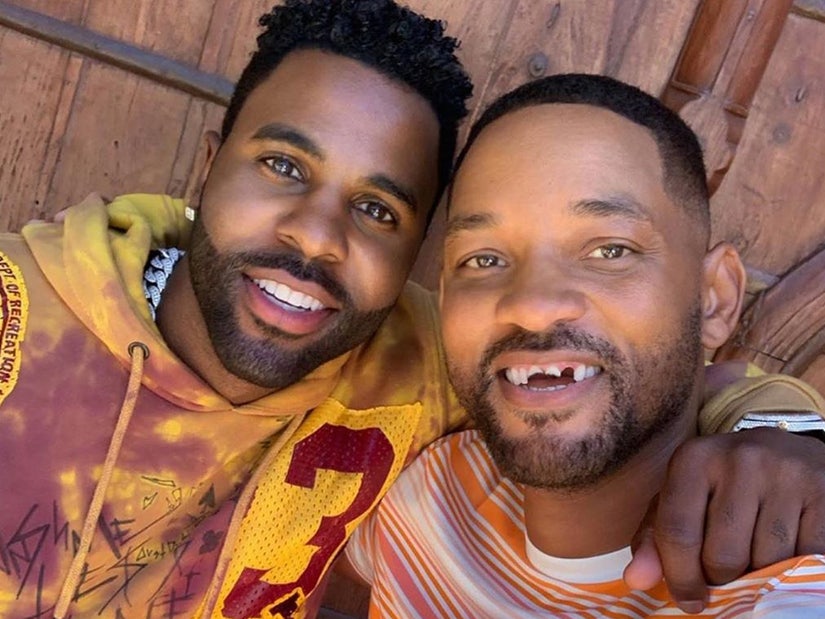 "You ought to put some ice on that."

Jason Derulo might not be invited back to Will Smith's house ever again if a video of a golf lesson gone horribly wrong is to be believed.

On Sunday, the singer, 30, and actor, 51, both posted videos on social media that featured Smith helping Derulo on his golf swing. As shown in the clip, Smith can be seen setting up the camera before he walks over to Derulo to give him some tips on his swing.

"Set it up. We're going to get your swing right. Set it up right to the ball," Smith told Derulo. "Bend your knees a little bit."

As Derulo prepared to hit the golf ball, Smith cautioned him not to swing yet. But it was too late. With a forceful swing of the golf club, Derulo appeared to smack Smith square in the mouth, knocking out his two front teeth.

The "Hitch" star revealed his chipped teeth to the camera and moaned in pain. The video, however, could very well be an elaborate prank played on fans as it also documents comical retribution.

"Put some ice on that," Derulo said, before making an excuse to leave, but Smith stops him.

"It's my turn," he told Derulo. The "Bad Boys" actor then took a swing and hit the "Savage Love" singer between his legs. Ouch.

Both Derulo and Smith shared the video on Instagram, along with a selfie of the two that featured Smith's "new smile." (See the photo, above) 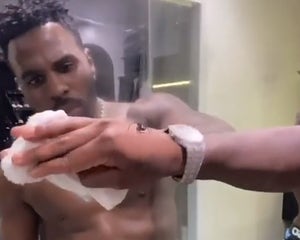 "I don't like this game @willsmith," Derulo wrote alongside the clip.

"And we never saw @jasonderulo again," Smith captioned his post of the video, to which Derulo commented, "I know a good dentist... text me back."

In their captions of the photo, Smith wrote, "I gotta stop inviting @jasonderulo over," while Derulo said, "He's finally embracing his new smile. @willsmith."

Although it's unclear whether or not it was all a prank, we'd like to point out there was no blood in the apparent injury. More importantly, this wasn't the first time Derulo was involved with someone getting their teeth knocked out.

Unlike the golf clip incident, the "Cats" star appeared to be the victim of an experiment gone wrong back in May, seemingly chipping his two front teeth.

In the clip, below, Derulo can be seen using a drill to eat corn on the cob. It's safe to say his "life hack" didn't seem to work out all that well!

Do you think the injury was real or fake? See for yourself in the clip, below.