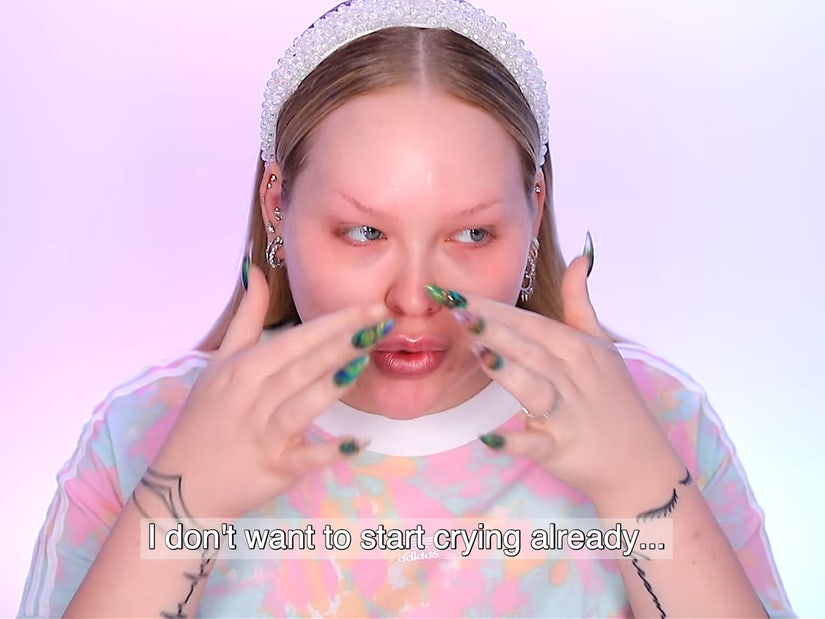 "Having one of those worst nightmares come true is very surreal, but it also puts a lot of things in perspective."

YouTube star NikkieTutorials has shared her first video since tweeting she and her fiancé Dylan Drossaers were robbed at gunpoint earlier this month.

In a video titled "Letting you know I'm okay...Makeup Therapy," the 26-year-old beauty personality, whose real name is Nikkie de Jager, emotionally recalled the traumatic experience, calling it "one of [her] worst nightmares." 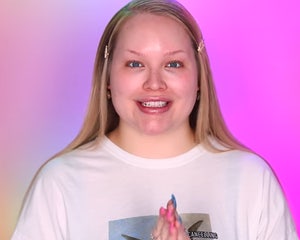 Although the internet star said she's not allowed to reveal "too much" from the incident -- as she claims the investigation is still ongoing -- Nikkie opened up about how the robbery has impacted her, and more importantly, how makeup and her fans have helped her heal.

"Some of you have followed me for years, and if you've been following me for years, you know that 2020 has been a ride," began Nikkie, who came out as transgender in January after allegedly being blackmailed. "In these years, I got to do some of the most amazing things, but also shared my darkest days with you...and I can tell you today is one of those dark days."

"A couple of days ago, Dylan and I were part of one of my worst nightmares," she continued. "We were robbed at gunpoint at our own home and, even though I can't tell you too much because there's still a very ongoing investigation, I do want to let you know that I am ok. I may not look like I'm ok right now, but I'm ok."

"Having one of those worst nightmares come true is very surreal, but it also puts a lot of things in perspective. Now more than ever you realize that family is everything and being in good health is even more important," Nikkie added, beginning to get choked up. "So maybe one day I'll be able to tell you everything, but right now it's impossible for my mental state, but also for the law because we're trying to do everything to make this right."

While she didn't share any more details about the robbery, Nikkie went on to detail how her makeup community has helped her through her "darkest days."

"One of the silver linings in my life -- now, here we go. This is going to sound so cliché -- has always been makeup and that's one thing I won't let them take away from me is my love for makeup," Nikkie said tearfully. "Makeup has helped me through my darkest days -- losing my little brother, more stuff happening in my personal life. Makeup has always been that one thing that I could do to clear my mind, focus on some other stuff. It is literally therapy to me.

"Every time I had one of those dark days, I had you there to support me and you have been there for me so much," she said to her 13 million subscribers. "I can't thank you enough for the messages I've seen on Twitter, on Instagram, everywhere and knowing that there's such a huge group of people out there who are rooting for us, who are loving us, who are wishing us nothing but the best -- thank you. Honestly, thank you."

Nikkie then created a Barbie doll-inspired look. "I really want to get my mind off of things and they say Barbies have no feelings," she quipped. "And I am in the mood for no feelings. So let's go." 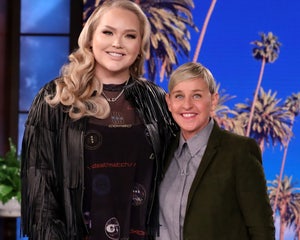 After completing the colorful makeup masterpiece, the beauty influencer once again thanked her "glow babies" for their messages of support.

"Life is really unfair, but it is up to us to keep fighting every single second of the day," Nikkie said. "My dear glow babies I want to thank you for watching today's video. I want to thank you for being there for us, for giving us time, for respecting us and for having our backs...In life, the most important thing is health, family and friendships."

"I am so beyond grateful to be able to sit in my studio today and film a brand new video for you guys like nothing ever happened, because makeup will always be therapy to me and I want to thank you for providing a platform where I can truly be me and let go of all fears," she tearfully concluded. "I love you so much and hopefully I will see you guys on the next one."

Watch the full video in the clip, above.