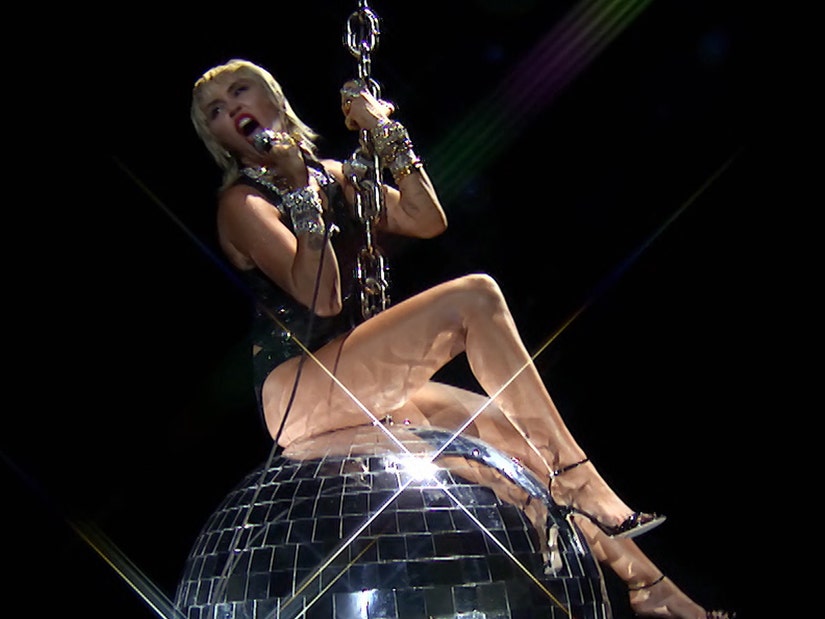 Cyrus said the argument was "ridiculous" and "embarrassing."

On TV, Miley Cyrus' performance at the 2020 MTV Video Music Awards looked great -- but some serious drama went on behind the scenes to make it happen.

During her two-hour appearance on Joe Rogan's podcast this week, Cyrus opened up about some of the sexist back and forth she allegedly had with the directors working on her "Midnight Sky" performance.

Explaining that she has been "learning a lot" recently when it comes to camera and lighting operation -- and even directed her most recent music video -- Cyrus said she was asking "some questions" during the shoot. 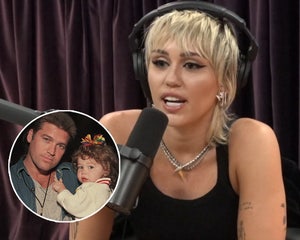 "Not even on some diva shit. I wanted the lights to be turned off and then the lighting of the room to just be lighting me. So no key light, no beauty light," she explained. "And beauty light is always used on women and I said, turn the f--king lights off. You would never tell Travis Scott or Adam Levine that he couldn't turn the beauty light off. I want this red lighting."

"They said, 'Okay, okay, we'll just do the same thing that we would do with the guys,' because that's what I want," she claimed. "And then something that I was doing for the VMAs, my bracelets kept getting caught in all this shit. They said, 'You want to be treated like a guy and lit like a guy? We wouldn't be dealing with this if a guy was doing it.'"

She was careful not to spoil anything about the performance -- the interview was recorded before the VMAs aired -- but we're guessing the bracelets got caught in the chain on the giant wrecking ball she sat upon at the end of the number.

'I said, 'Well, a guy wouldn't be doing this because a guy doesn't sell your show with sex the way that I'm going to," Miley continued. "It's a ridiculous conversation and also embarrassing."

Rogan asked Cyrus how she deals with directors who want to get their vision across, while also making sure her own isn't diminished in the process.

"I get it done. The balance that I've found is firm and kind. I don't lose my kindness, but also don't become a mat, but I am firm about what I want," she explained.

"But, in a way you might expect someone might say, 'She was a diva, she was a bitch,' but okay, like have The Weeknd come in here and say the same thing, or Kanye is like a creative God and it's like, come on, why am I not getting that I'm a creative mastermind but I'm becoming a bitch?" she then wondered, addressing the sexism in the music industry.

"No one would ever say that about Kanye West choosing what lighting he would want on a performance," she added. "That's what I started directing my own shit."

Check out Miley's self-directed video below: