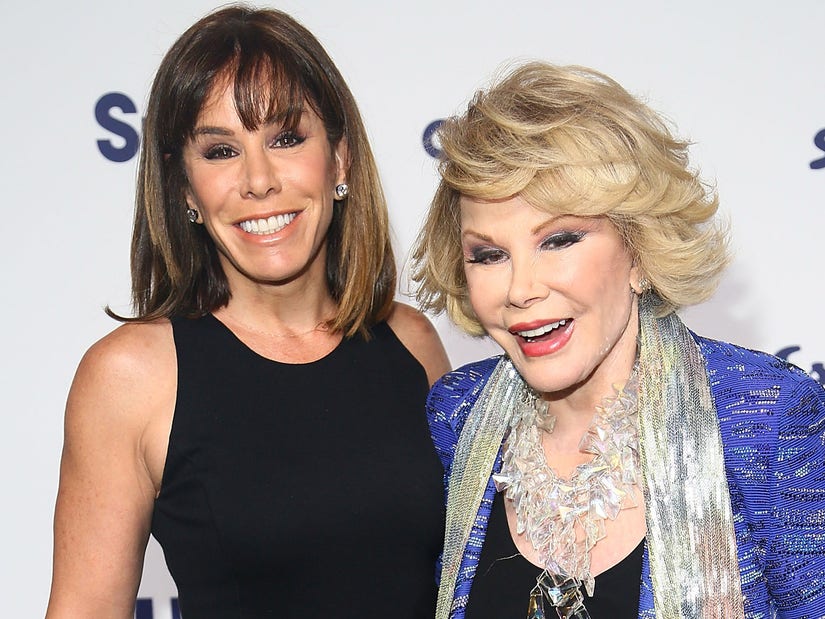 "Her words still guide me and of course make me laugh."

Melissa Rivers is honoring her mother Joan Rivers on the sixth anniversary of her death.

On Friday, the "Fashion Police" host took to social media to pay tribute to her mother, who passed away in 2014 at the age of 81.

"It's hard to believe that my mother has been gone for six years now," she wrote in the caption. "Not a day goes by where I don't think about her."

"Her words still guide me and of course make me laugh," she added. "I miss her dearly."

Melissa also revealed her 19-year-old son Cooper had sent her a beautiful bouquet in honor of the anniversary of Joan's death.

The author shared a photo of the stunning white floral arrangement on Instagram.

"Mom, Grandma is always with us. I love you. Cooper," read a note alongside the bouquet.

Back in 2018, Melissa described her son as her mother's "greatest legacy."

"I really notice my mom in my parenting," she told PEOPLE at the time. "I'll say something, and as soon as the words come out of my mouth, I'm like, 'Wow. I sound just like my mom!'"

"The best legacy that I can give my mother -- that everyone can give their parent -- is to raise a good and decent child," she continued. "One who gives back, and has a clear understanding of the understanding of not just being good, but doing good, as well. Cooper is my mom's greatest legacy."

Joan Rivers passed away on September 4, 2014 after she had suffered complications and stopped breathing during a vocal chord surgery a week prior.