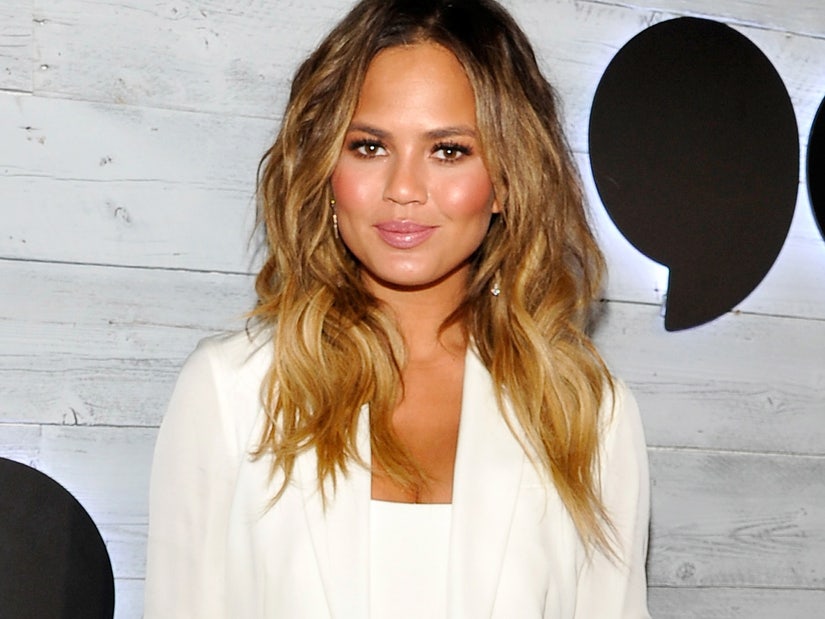 "Shit is about to get... astonishingly ugly"

Chrissy Teigen has revealed she's been put on bed rest.

"I’m on official 2 week bed rest :(" Teigen, who is expecting her third child with husband John Legend, tweeted on Tuesday. "I'm taking this time to learn how to sew capes and kid clothes so shit is about to get... astonishingly ugly"

I’m on official 2 week bed rest :( I’m taking this time to learn how to sew capes and kid clothes so shit is about to get... astonishingly ugly

The "Cravings" author has also been crafting with her 4-year-old daughter, Luna. On Wednesday, Teigen shared several clips of Luna playing with a "fuzzy unicorn" Plush Craft.

"This is such a cute little activity," Teigen said, showing Luna working on her craft. "This makes me want to do it!"

Meanwhile, this comes just a few days after Teigen revealed she was "cleared" to get Botox to help with her "really really bad" pregnancy headaches, which she also suffered from when she carried son Miles, now 2.

"I get really really bad pregnancy headaches," she tweeted last week. "was thrilled to be cleared to do neck muscle botox along with a crazy combo of beta blocker shots and radio wave frequency something something doctor terms."

"anyhow man it's just so bad but I see the light finally," she added.

Last month, Teigen and Legend teased that they were expecting their third child during Legend's music video for 'Wild." Teigen later confirmed "this third baby shit" while showing off her growing baby bump on her Instagram Story.