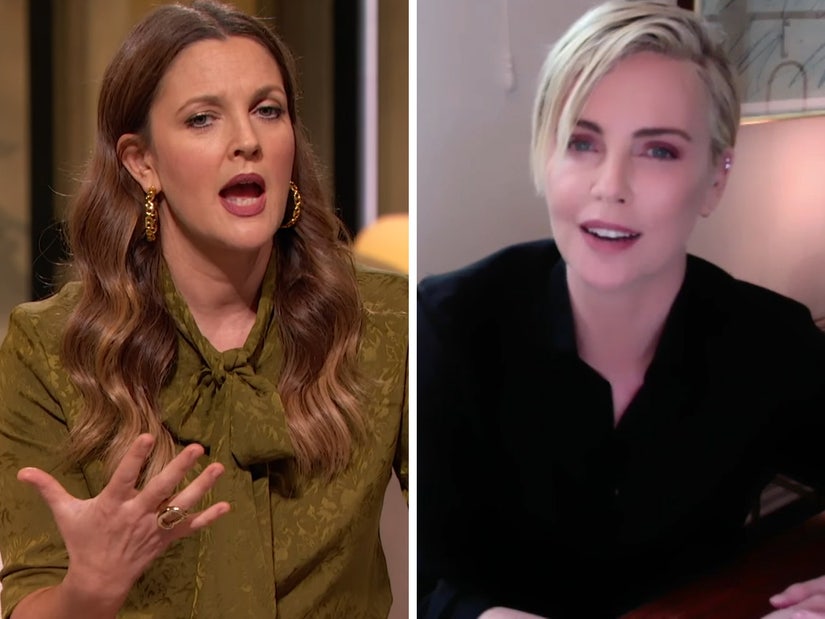 "I've been on a few dates but I haven't dated anybody in over 5 years," confessed Charlize.

Chatting on Thursday's episode of "The Drew Barrymore Show," the actresses compared their dating lives ... or lack thereof.

"We actually have something in common too which I've heard you're on a break from relationships," Drew began. "I'm so in love with my children. I have this love in my life that is so impactful and I’ve spent my life trying to figure out men for 45 years -- I'm like, I'm tired, I'm bored, it's all about the kids."

Charlize chimed in, "Yeah, I completely know what you're saying and it is strange for people to wrap their heads around it. I've been on a few dates but I haven't dated anybody in over 5 years."

Drew divorced Will Kopelman back in 2016. They share Olive, seven, and Frankie, six. She also had a five month marriage to comedian Tom Green. Charlize dated Stuart Townsend from 2002 to 2010 and Sean Penn from 2013 to 2015. She adopted two children: Jackson in March 2012 and August in July 2015.

"I feel like I'm in a place in my life where you gotta come with a lot of game," Charlize continued. "Not the kind of game that we think of. The kind of game that's like, 'My life is really good, so you better be able to bring that and maybe better,' because I just won't accept anything less."

Despite being single, Charlize said her life feels fulfilled with her two children by her side.

But being a mother does shift one's priorities, according to the Oscar winner.

"Once I had my children, it's not that it replaces something or that it makes you less interested in something else," she explained. "I think your priorities are in a place that is of high demand, because it's a lot of work to be a parent. And then part of that is, at the end of the day, I get in bed, and I go, 'Oh my God, I wouldn't want this day to be anything different.'"

Echoing that sentiment, Drew added, "I always say I would want someone to be an addition, if not the equation, and never a subtraction."

Charlize laughed and said she did the "poor man's version" of Drew's phrase.