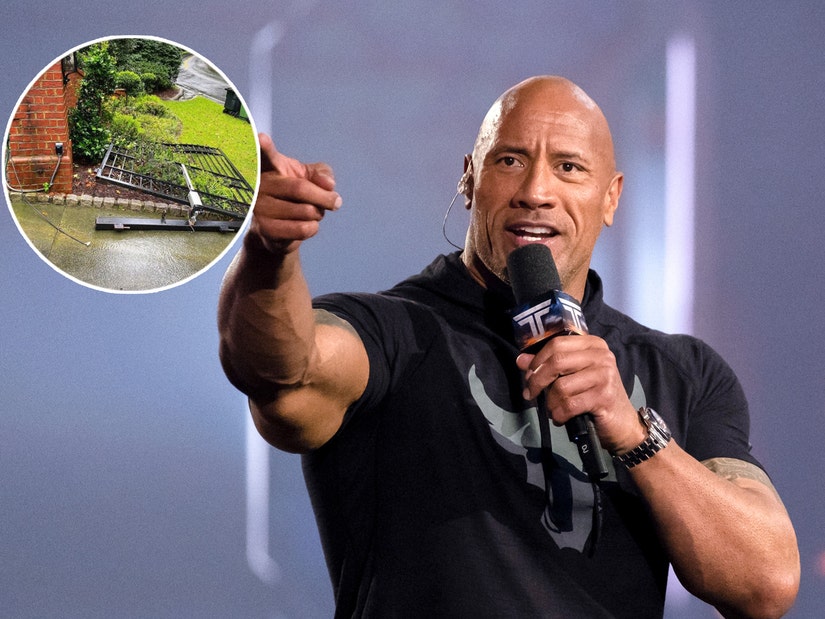 What happens when an unstoppable force meets an immovable object? This.

Dwayne Johnson was forced to tear down his own front gate on Friday — with his bare hands — after getting stuck inside.

In an Instagram post showing the poor victim lying on the ground, the actor revealed that a power outage had left him trapped in his own garden and late for work, so he took matters into his own hands... literally.

"Not my finest hour," The Rock admitted with a facepalm emoji, "but I had to go to work."

"We experienced a power outage due to severe storms, causing my front gate not to open. I tried to override the hydraulic system to open the gates, which usually works when power goes out - but this time it wouldn't."

With The Most Electrifying Man in Sports Entertainment without electricity, he said he tried to summon techs to repair it, but was told he'd have to wait 45 minutes - which he did not have.

"By this time, I know I have hundreds of production crew members waiting for me to come to work so we can start our day," he explained. "So I did what I had to do."

"I pushed, pulled and ripped the gate completely off myself," he said.

"Ripped it completely out of the brick wall, severed the steel hydraulics and threw it on the grass."

True enough, the picture showed the gate relieved of its duty and place on the pillar, lying forlorn on the canvass.

"My security team was able to meet the gate technician and welders about an hour later — and they were apparently, 'in disbelief and equally scared' as to how I ripped it off," he said. "Not my finest hour, but a man’s gotta go to work."