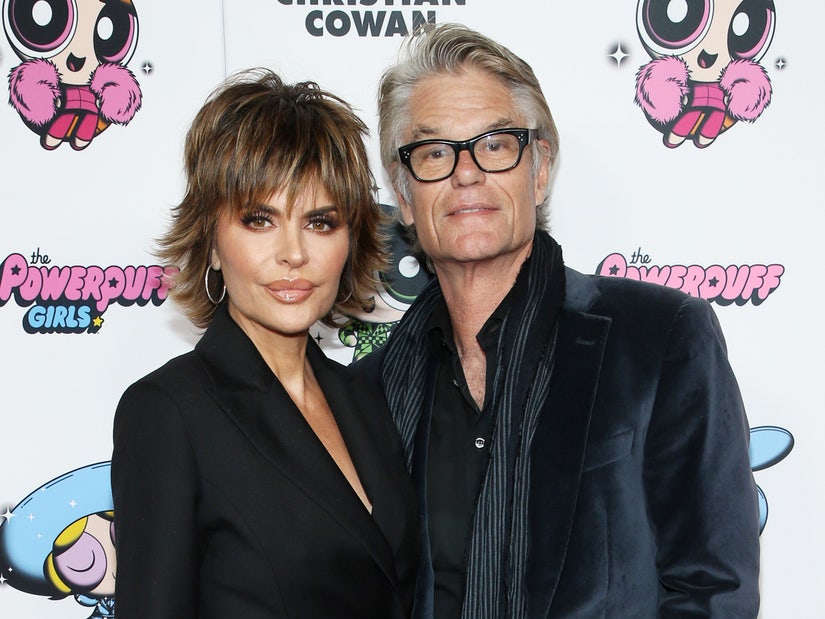 The reality star also responded to rumors that her husband is gay.

Lisa Rinna is not here for the Twitter trolls taking swipes at her man.

After the last reunion episode of "The Real Housewives of Beverly Hills" aired earlier this week, a social media user shared a post accusing Rinna's husband, Harry Hamlin, of stepping out on the reality star.

"My girlfriend f--ked Harry Hamlin in muskoka for an entire summer in 2018 – you wanna talk about that @lisarinna ??? Or do you want to talk about his affair with Patricia? #RHOBH #wwhl," the message read.

The anonymous source followed up with a second tweet, writing, "I don't have any receipts but it's legit. He told @lisarinna he's 'off the grid' for a few days and then literally spent an entire 2 days in my friends bedroom and at her cottage. Patricia is a muskoka whore that everyone knows, Harry included."

I don’t have any receipts but it’s legit. He told @lisarinna he’s “off the grid” for a few days and then literally spent an entire 2 days in my friends bedroom and at her cottage. Patricia is a muskoka whore that everyone knows, Harry included. #rhobh #wwhl

With her trademark sense of wit, Rinna hilariously responded.

"Yeah and I watched it was hot as hell 🔥Patricia well she’s kind of downer I did't like her so much. 😂"

And Rinna wasn't done just yet confronting the allegations against her husband of 22 years, as she referenced them in an Instagram post on Friday.

"#Fbf Appreciation Post to my very busy Husband who apparently doesn't live with us, is having a lot of affairs, and is gay," she wrote alongside Hamlin's Sexiest Man Alive PEOPLE cover from 1987, before adding, "Go Harry Fu*king Hamlin."

Meanwhile, social media became obsessed with finding out the identity of "Patricia" from Muskoka.

"Patricia!!! Where you at??? We need you!!!!," wrote a follower, as another posted, "Patricia is ICONIC! I don’t know Patricia but I’m hoping [sic] in my Volks and I’ll be in Muskoka by midnight to get all the tea."

One fan even suggested there could be a Bravo link between the parties, writing, "If Patricia is Patricia Altschul from Southern Charm, I would watch every second of that."