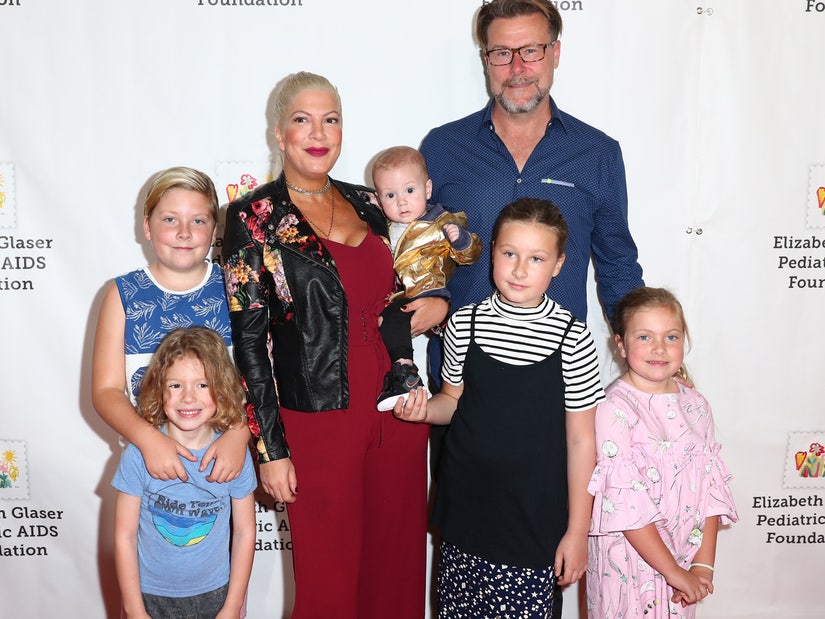 These famous fams believe "the more, the merrier" when it comes to having children!

Life in the spotlight can get hectic, so many stars rely on their families to be a safe haven when they're not working. And for some celebs, those families are pretty large!

Despite the average American family having only one or two children, these famous families all have over five kids. While some of these big broods have been blessed with lots of biological children, others have blended families or have chosen to expand their fams through adoption. However their families came to be, it's clear that these children are all well-loved and cared for!

Find out which famous families have over five children...

Alec Baldwin is the proud father of six children! Alec and his wife Hilaria have five children together, with their recent addition Eduardo arriving earlier this month. The duo are also parents to Romeo, 2, Leonardo, 4, Rafael, 5, and Carmen, 7. Alec is additionally dad to 24-year-old Ireland from his previous relationship with ex-wife Kim Basinger.

As for more children in Alec's future? Hilaria says they're not ruling anything out!

"At this point, who knows? I don't know. I've learned that I thought I was gonna have one kid and now, all of the sudden, I have a gigantic brood, so who knows?" she told Us.

Taylor Hanson and his wife Natalie already had a full house with their six children before they just announced they have another bundle of joy on the way! After 18 years together, the couple have welcomed Jordan, 18, Penny, 15, River, 14, Viggo, 11, Willa, 8, and Indy, 21 months. Their new "unexpected" addition will arrive in December.

"Our family is thrilled to be welcoming a new member later this year. More than ever, we are especially grateful for this fresh wave of joy,” Taylor told People.

"Since I was a little girl, I always wanted to have a big family. I used to sit when I was in high school and think, 'I can't wait to have six kids' — I specifically said the number six," Krist told CR Fashion Book.

With such a large brood, it's no surprise that the family is constantly growing with the addition of Kris' 10 grandkids!

As for her decision to expand her family, Madonna told People, "Sometimes I would just close my eyes and just think, 'Why isn't my kitchen filled with dancing children?' There's so many children that need a home. I thought, 'What am I waiting for? Just do it.'"

Many people may not know that celebrity chef and restaurateur Gordon Ramsey has welcomed five children with his wife Tana. The couple are parents to Megan, 22, twins Jack and Holly, 20, Matilda, 18, and Oscar, 1.

Elon Musk is father to seven children, sharing six of them with his first wife Justine Wilson. The former couple are parents to twins Griffin and Xavier, 16, and triplets Damian, Saxon, and Kai, 14. They also had a son named Nathan, who sadly passed away due to sudden infant death syndrome when he was just 2 months old.

James Van Der Beek and his wife Kimberly have five children together - Olivia, 9, Joshua, 8, Annabel, 4, Emilia, 6, and Gwendolyn, 2. While the family have been hoping to continue to expand, they have unfortunately suffered two miscarriages over the past year - one which they experienced while James was appearing on "Dancing With The Stars" and another this summer.

"After suffering a brutal, very public miscarriage last November, we were overjoyed to learn we were pregnant. This time, we kept the news to ourselves. But last weekend, once again, 17 weeks in ... the soul we'd been excited to welcome into the world had lessons for our family that did not include joining us in a living physical body," James wrote on Instagram.

Tori Spelling and her husband Dean McDermott are parents to five beautiful children - Liam, 13, Stella, 12, Hattie, 8, Finn, 8, and Beau, 3. Dean is also dad to Jack, 21, from his previous relationship with Mary Jo Eustace.

Tori says there likely won't be any more additions to their family, telling Closer Weekly, "You know what, I feel so blessed with the five I have, I wouldn't think to chance it and we're happy and our family is complete so probably no. I don't ever like to say 'never' because I believe what's meant to be is meant to be."

Eddie Murphy is dad is dad to 10 children who range in age from one to 31! Eddie welcomed his first child, Eric, 31, with his girlfriend Paulette McNeely. The following year, Eddie and Tamara Hood, welcomed his son Christian, 30.

After their split, Eddie welcomed daughter Angel, 13, with Mel B. He rounded out his family after welcoming two more children Izzy, 4, and Max, 1, with fiancée Paige Butcher. 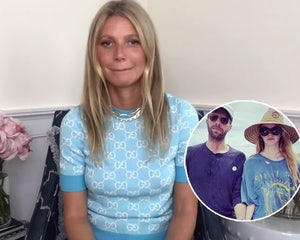 Mick Jagger is the proud father of eight children from a few of his previous relationships.

The rocker is also dad to son Lucas, 20, with Luciana Gimenez Morad and recently welcomed Devaraux, 3, with Melanie Hamrick.

Diddy has a blended family of six children!

He welcomed his first son Justin, 26, with ex Misa Hylton-Brim. Then during this 13-year relationship with the late Kim Porter, they welcomed son Christian, 22, and twin daughters D'Lila and Jessie, 13. He also adopted her son Quincy, 29.

Kevin Costner is dad to seven children from two of his relationships. He and ex-wife Cindy Silva share three children - Annie, 36, Lily, 34, and Joe, 32. After their split, he welcomed his son Liam, 24, with his girlfriend Bridget Rooney.

Clint Eastwood has eight children from different relationships. His oldest child Laurie, 66, was actually given up for adoption at birth and reconnected with Clint many years later.

Clint welcomed his second child Kimber, 55, with Roxanne Tunis and later, Maggie Johnson gave birth to Kyle, 51 and Alison, 47. After his split with Maggie, Clint and girlfriend Jacelyn Reeves welcomed Scott, 34 and Kathryn, 31.

After their split, he welcomed daughter Lucia, 10, with Oksana Grigorieva. He later began dating Rosalind Ross and the couple welcomed their son Lars, 3, in 2017.