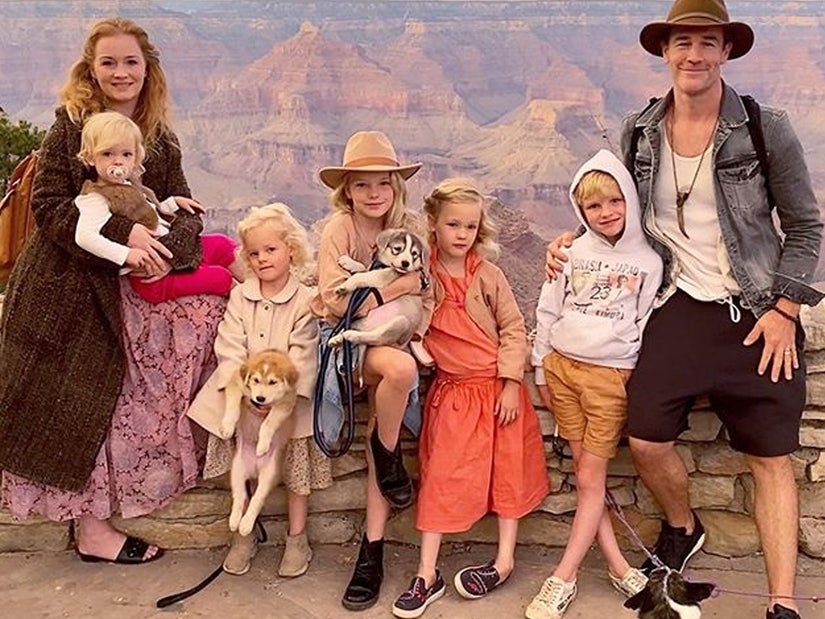 "All of that led to some drastic changes in our lives, and dreams, and priorities... and landed us here."

James Van Der Beek is detailing his decision to relocate his family to Texas.

On Tuesday, the actor took to Instagram to explain why he decided to move out of California, revealing that an accumulation of unfortunate events, including his wife Kimberly's tragic miscarriages and the coronavirus pandemic, led to him leaving Los Angeles. 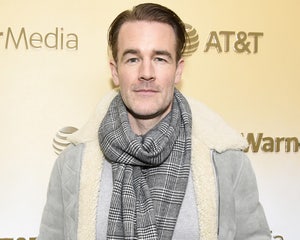 "And... we've landed," he began in the caption. "In the last ten months, we've had two late-term pregnancy losses, each of which put @vanderkimberly in the hospital, we spent Christmas break thinking she had a tumor (the doctor was wrong, thank god), I was prematurely booted off a reality dancing show I was favored to win in front of the whole world, and my mom died."

"And a shut-down. All of that led to some drastic changes in our lives, and dreams, and priorities... and landed us here," he continued, before concluding, "Overflowing with profound gratitude today."

Last month, the "Dawson's Creek" alum announced he and his family were moving out of state.

"Sometimes a fuller life begins with an empty house," he wrote alongside a series of photos of their LA home. "Leaving Los Angeles incredibly grateful for all the friends and memories we’ve made here. Onto the next big adventure! ❤️😊"

In recent weeks, Van Der Beek documented the family's 10-day road trip through Arizona and New Mexico, sharing photos of their landmark stops along the way.

The "DWTS" alum, his wife and kids, and their two new rescue pups Windsor and Able traveled to the Grand Canyon, watched paragliders in New Mexico and even went on a golf cart adventure along the way.

"When I was a kid, I used to think freedom would be finally having the things I'd dreamed of having. It wasn't," Van Der Beek captioned a video of himself and one of his daughters on a golf cart, below. "Then I thought freedom would be having no attachment to anything. It wasn't. Now, in the midst of a move to a new state 1500 miles from any place I've ever lived.. I'm starting to feel like freedom is daring to love with all of your heart... and having the courage to put what you love first. I'm working on it..."