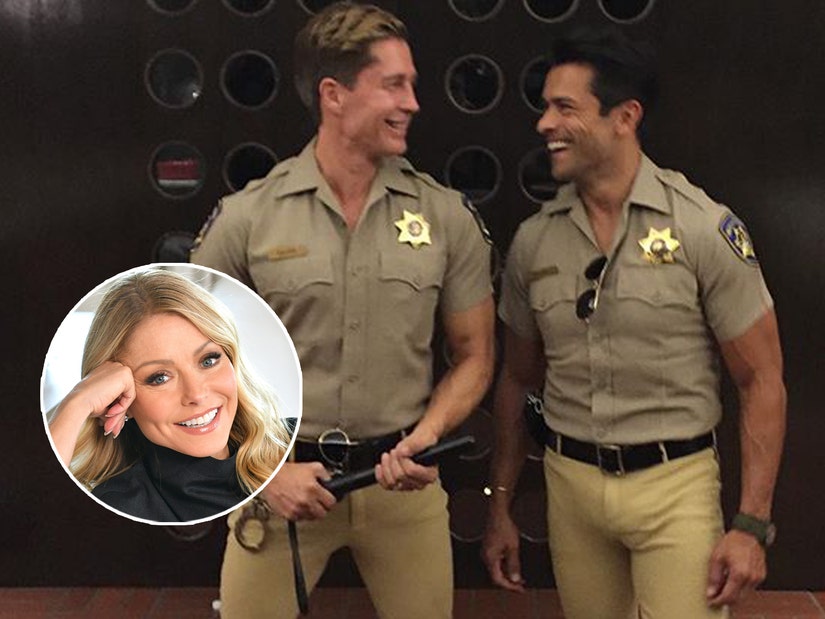 Ripa set the record straight and appeared to confirm that everyone's assumptions were correct: her hubby is packing.

Kelly Ripa is addressing the big elephant in the room: her husband Mark Consuelos' bulge.

In a recent Instagram post, the "Live with Kelly and Ryan" host shared several throwback photos of her family dressing up for Halloween throughout the years, including shots of her and Consuelos' kids: Michael, 23, Lola, 19, and Joaquin, 17. 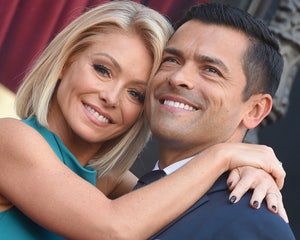 However, the last shot was undeniably the fan-favorite as it featured Consuelos and a friend dressed up as "CHiPS" characters Jon and Ponch. While both men were rocking very tight pants, Consuelos, for his part, seemed to be packing a larger-than-average bulge that didn't go unnoticed by fans.

"Meow Mark🔥🔥🔥lucky girl!" a person wrote, while another commented, "Mark is packing a gun in his cop uniform🔥😂"

In response, Consuelos seemed rather modest and admitted he thought the lighting might have changed the appearance of his package.

However, Ripa set the record straight and appeared to confirm that everyone's assumptions were correct.

"ummmmm baby are you seeing shadows?," she wrote.

Ripa, 50, and Consuelos, 49, who married in 1996, often share details about their marriage. The couple recently spoke about how they are "looking forward" to having the house to themselves when their youngest, Joaquin, goes off to college.

"We had our kids so young -- we'd only been married for one year when we had Michael, so we have had kids pretty much our entire marriage," Ripa explained to People back in August. "So when it comes to an empty nest, we're looking forward to it, honestly."

Consuelos added that one of the couple's famous friends waxed on about the advantages of having the house free of children.

"Rob Lowe says that once your kids leave, you pretty much never put clothes on ever again -- you're just naked all the time. So there's that too!"