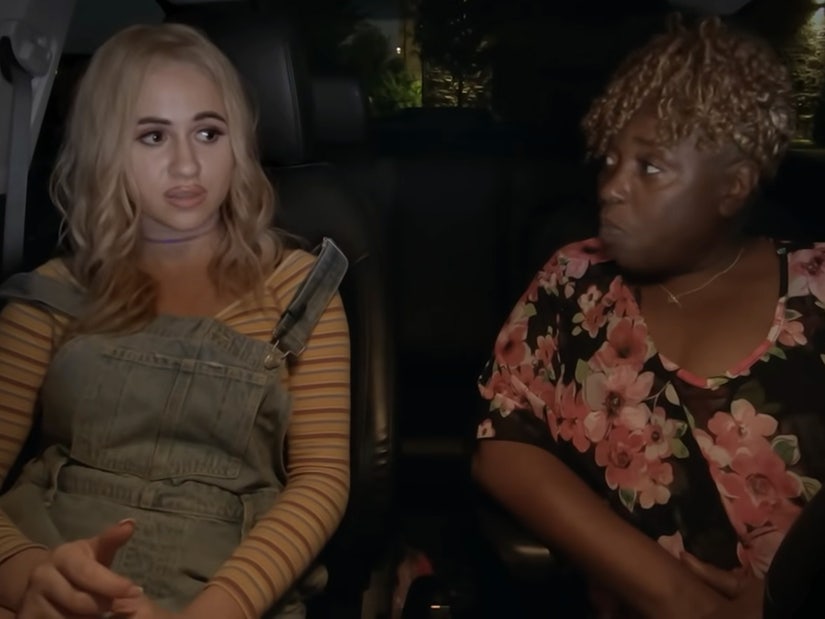 Jones said she was unaware "Borat Subsequent Movie" was a comedy until she saw the trailer for it.

According to PEOPLE, Sacha Baron Cohen reached out to Jones and donated $100,000 to her Oklahoma City community on her behalf. "The money, to be distributed by the Ebenezer Baptist Church at Jones' request, has been earmarked for shelter, food and any other needs the community has," said the publication.

The new Borat movie pranked more than a few unsuspecting victims and one of them is getting reimbursed for it.

A crowdfunding campaign has raised more than $50,000 for Jeanise Jones, the babysitter who bonded with and attempted to protect the so-called 15-year-old daughter of Borat (Sacha Baron Cohen) named Tutar, played by 24-year-old actress Maria Bakalova.

Earlier this week, Jones said she was unaware "Borat Subsequent Movie" was a comedy until she saw the trailer for it months after she filmed her parts with Bakalova.

"They told me it was a documentary for this young lady to understand she has rights and she can do whatever a man can do," Jones explained to the New York Post. "I'm thinking this is for real so I felt kind of betrayed by it."

Her pastor, Derrick Scobey, who suggested Jones for the part of a "Black grandmother" when production was scouting in Oklahoma, set up a GoFundMe page after discovering she only received $3,600 for her role.

"Jeanise emerged as that person and she was completely unaware that this was a comedy, and all of this was made up," Scobey wrote on the website. "We have been praying for the young lady in the movie because we all genuinely thought she was in trouble."

In the film, Jones takes Tutar under her wing and tries to convince her that she does not need plastic surgery to impress a would-be husband.

"This was not scripted for Jeanise," Scobey continued on the GoFundMe message. "It all came from the heart. She is one of the most authentic people I've ever met."

The goal is to raise $100,000 for Jones, who is currently unemployed after losing her job of 32 years due to the coronavirus pandemic, per the website.

"One good thing that has come from this is that Jeanise doesn't have to worry about 'Tutar' anymore," shared Scobey. "She has WORRIED about this young lady for a year."