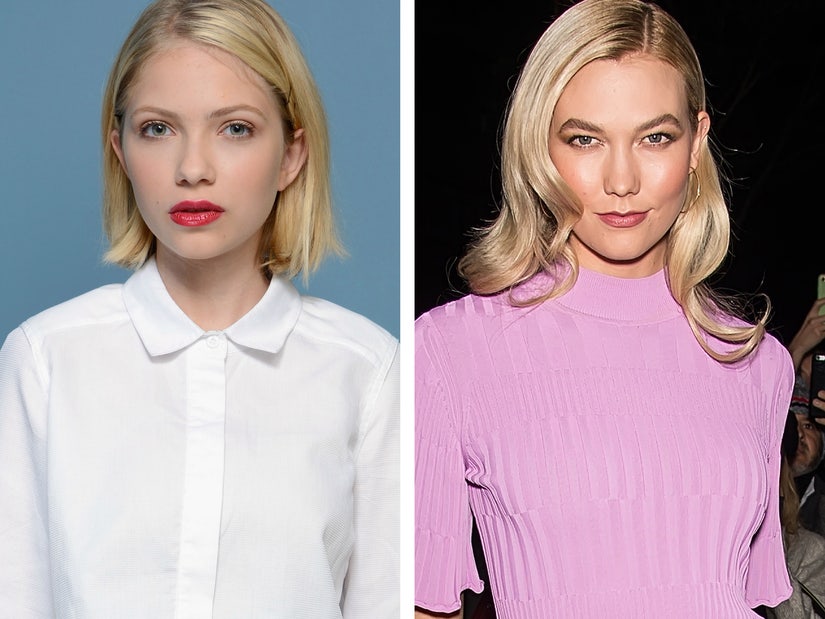 "Thank you for using your platform to show it's possible to vote blue AND be a white nationalist sympathizer."

It all began when the 24-year-old actress slammed Kloss on social media, criticizing the supermodel over her relationship with her in-laws, calling her a "white nationalist sympathizer." Kloss is married to Jared Kushner's brother, Joshua, and is the sister-in-law of Jared and Ivanka Trump. 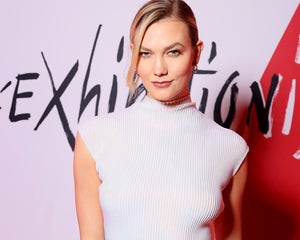 In response to pro-Trump rioters infiltrating the Capitol on Wednesday, Kloss had condemned the violence on Twitter, describing it as "anti-American." Immediately, her tweet was met with arguments and debates about her relationship with her family.

When a fan asked Kloss why she doesn't relay her message to her in-laws, Kloss simply said, "I've tried."

On Thursday night, Gevinson took to her Instagram Story to call out Kloss for "protecting" her ties to the Trumps and Kushners, accusing the model of helping "legitimize their bigotry."

Alongside a screenshot of Kloss' tweet, the "Gossip Girl" star wrote, "What Karlie means to say is: 'I have no real interest in using my political power so much as maintaining a watery 'feminist' liberal brand while protecting my ties to the Trumps and Kushners and vaguely claiming I've 'tried' to change their minds." 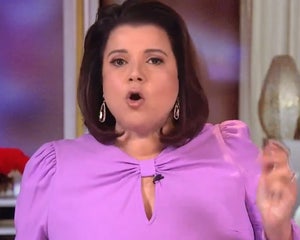 Gevinson said Kloss has had "4+ years to be explicit and specific about the threats [her] in-laws pose, but has "chosen to help legitimize their bigotry by branding us as simply having different 'political views.'"

Gevinson went on to play ventriloquist with Kloss as her veritable puppet, writing, "'I have a girls coding organization and am hoping my Resistance Barbie brand will distract you from the fact that I maintain a relationship with my brother-in-law who befriended MBS, or my sister-in-law who called the armed mob last night 'patriots' in a since-deleted tweet, or that both of them are complicit in years of white supremacist policies and the President's successful attempts to incite violence among his supporters. Now that you can rest assured I'm just like you, only rich: Buy my Adidas line.'"

Tavi Gevinson is a real one!!! pic.twitter.com/F6sgcux7T0

On Friday, Gevinson shared another post regarding Kloss to her Instagram Story, claiming the model had "restricted" her on the platform.

Alongside a screenshot of comments she made on Kloss' latest post, Gevinson wrote, "@karliekloss restricted me :( The End" 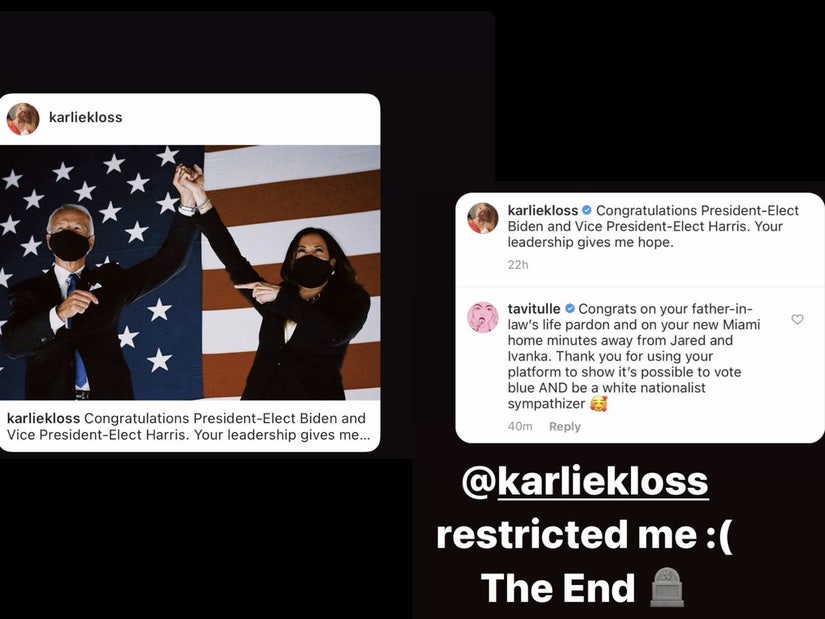 As shown in the screengrab, Gevinson commented on Kloss' post she shared in which she congratulated Joe Biden and Kamala Harris for being confirmed as the president-elect and vice President-elect of the United States.

"Your leadership gives me hope," Kloss captioned the post, to which Gevinson commented, "Congrats on your father-in-law's life pardon and your new Miami home minutes away from Jared and Ivan. Thank you for using your platform to show it's possible to vote blue AND be a white nationalist sympathizer."

Kloss has been very public about her political disagreements with that side of her family, affirming previously that she has voted Democrat and even went so far as to campaign for Biden last year.