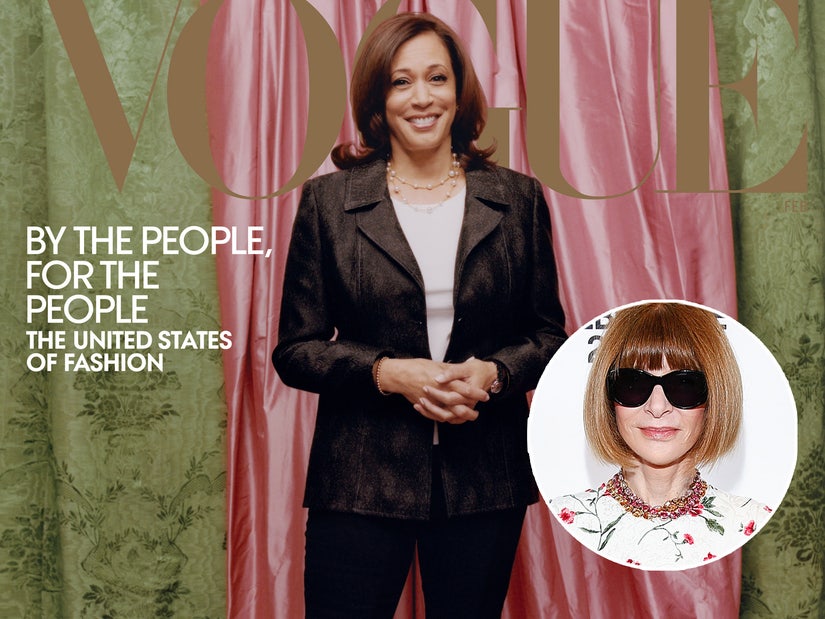 "Obviously we have heard and understood the reaction to the print cover."

Anna Wintour released a statement regarding the controversy over Kamala Harris' Vogue cover.

The publication received backlash after a version of its February cover featuring the Vice President-elect was leaked online. Critics said the photo shoot appeared too casual for a politician who just claimed a historic election win, noting the Converse sneakers and unflattering lighting.

Making history was the first step. Now Harris has an even more monumental task: to help heal a fractured America—and lead it out of crisis. Read the full profile: https://t.co/W5BQPTH7AU pic.twitter.com/OCFvVqTlOk

"Obviously we have heard and understood the reaction to the print cover and I just want to reiterate that it was absolutely not our intention to, in any way, diminish the importance of the vice president-elect’s incredible victory," Wintour told the "Sway" podcast on Tuesday.

"We want nothing but to celebrate Vice President-elect Harris' amazing victory and the important moment this is in America's history, and particularly for women of color all over the world."

A day after the first cover was leaked, a second photo made its way online featuring a more formal look for Harris. It was reported that Harris' team had initially agreed upon the second photo to use for the cover.

"There was no formal agreement about what the choice of the cover would be," Wintour argued in her statement. "When the two images arrived at Vogue, all of us felt very, very strongly that the less formal portrait of the vice president-elect really reflected the moment that we were living in, which we were in the midst, as we still are, of the most appalling pandemic that is taking lives by the minute."

"We felt to reflect this tragic moment and global history, a much less formal picture, something that was very, very accessible and approachable and real, really reflected the hallmark of the Biden-Harris campaign and everything they're trying to, and I'm sure will, achieve."

On Sunday, a spokesperson for Vogue released a statement saying the magazine "loved the images Tyler Mitchell shot and felt the more informal image captured Vice President-elect Harris's authentic, approachable nature -- which we feel is one of the hallmarks of the Biden/Harris administration."

"To respond to the seriousness of this moment in history, and the role she has to play leading our country forward, we're celebrating both images of her as covers digitally."