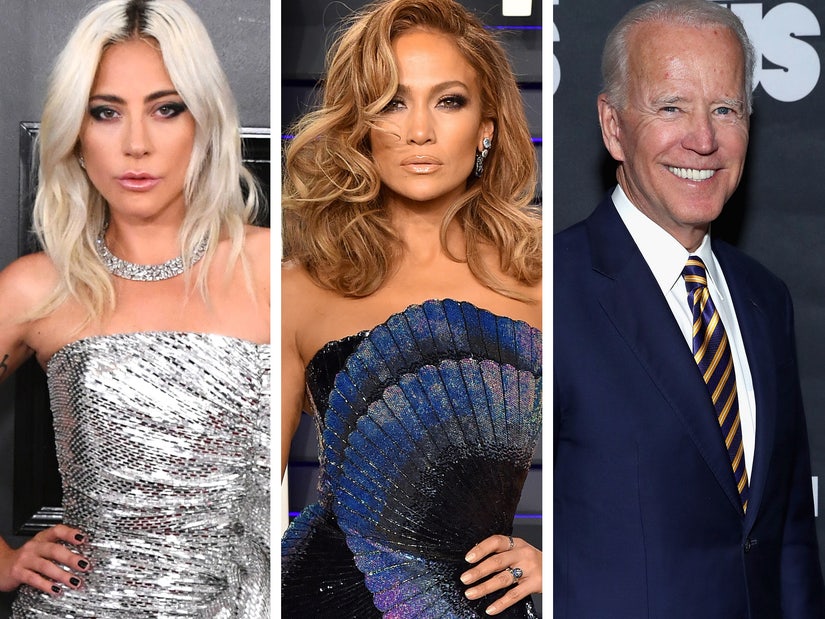 There will also be a primetime special on inauguration night hosted by Tom Hanks.

On Thursday morning, the Biden-Harris inaugural committee announced that Gaga and Lopez will be performing at the swearing-in ceremony next Wednesday. While details about J.Lo's performance are unclear, Gaga is set to perform the national anthem.

"I am deeply honored to be joining @BidenInaugural on January 20 to sing the National Anthem and celebrate the historic inauguration of @JoeBiden and @KamalaHarris," Gaga wrote on Twitter.

The singer, who has been a longtime supporter of Biden, campaigned for him during the 2020 presidential election and made an appearance in the swing state of Pennsylvania back in November. Gaga previously worked with a then-vice president Biden on his "It's On Us" campaign, which fights to end sexual assault on college campuses.

Lopez also endorsed Biden during the election and had called on the Latino community, in particular, to get out and vote. Like Gaga, the "Get Right" singer posted about the news of her inauguration performance on Twitter.

Along with Gaga and Lopez, the Biden-Harris inauguration will feature an appearance from Andrea Hall, a career firefighter -- who will lead the Pledge of Allegiance -- as well as a poetry reading by Amanda Gorman, the first-ever National Youth Poet Laureate. The event will also highlight the International Association of Firefighters (IAFF), the union which was the first to endorse Biden in the 2020 presidential election.

Wednesday's ceremony will also feature an invocation by Father Leo O'Donovan and will close with a benediction by Reverend Dr. Silvester Beaman. Both men are longtime friends of the Biden family.

I am deeply honored to be joining @BidenInaugural on January 20 to sing the National Anthem and celebrate the historic inauguration of @JoeBiden and @KamalaHarris! 💙 pic.twitter.com/MfgcG3j4Aa

"They represent one clear picture of the grand diversity of our great nation and will help honor and celebrate the time-honored traditions of the presidential inauguration as President-elect Biden and Vice President-elect Harris take the oath of office on the West Front of the U.S. Capitol," Biden-Harris inaugural committee CEO Tony Allen said in a statement, per GMA.

"They are also committed to the President-elect and the Vice-President-elect's steadfast vision of a new chapter in our American story in which we are an America united in overcoming the deep divisions and challenges facing our people, unifying the country, and restoring the soul of our nation," the statement continued.

Meanwhile, there will also be a primetime TV special on inauguration night, titled, "Celebrating America." The 90-minute special, hosted by Tom Hanks, will be headlined by Justin Timberlake and will feature performances by Demi Lovato, Jon Bon Jov, John Legend and Ant Clemons.